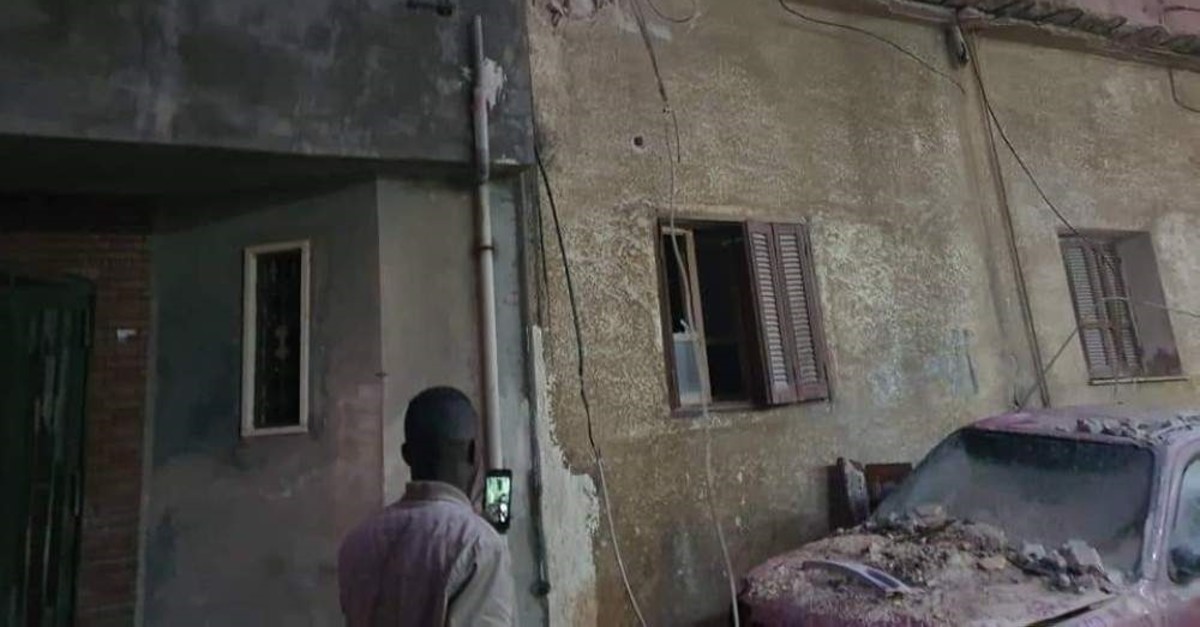 Forces loyal to Gen. Khalifa Haftar continue to target Tripoli in a campaign to seize control of the capital as efforts for peace are in the works, Feb.3, 2020 (IHA Photo)
by Daily Sabah Feb 09, 2020 3:56 pm

The U.N.-sponsored peace talks between Libya's internationally recognized Government of National Accord (GNA) and putschist Gen. Khalifa Haftar this week ended on Saturday without reaching a cease-fire, while the U.N. has proposed a second round of negotiations for Feb.18.

"As both sides agreed to the need to continue the negotiations in order to reach a comprehensive cease-fire agreement, the (U.N. mission) has proposed 18 February 2020, as the date for a new round of talks" in Geneva, the U.N. said after no deal was reached in the first round.

The first round of talks of the Libyan 5+5 Joint Military Commission (JMC), which had started on Monday, Feb. 3, concluded this afternoon at the Palais des Nations (Geneva) in the presence of the U.N.'s Libyan special representative Ghassan Salame, the U.N. stated on Saturday.

While the U.N. announced that "a full understanding could not be reached on optimal ways to restore normalcy to conflict affected areas," it further reminded of the importance of maintaining the truce that had been announced on Jan.12 this year and to refrain from violating it.

There are three tracks determined in the application of the Berlin conference's conclusions reached on Jan. 19. The first one was the military track, which brought together five senior military officers from Haftar's so-called Libyan National Army and five representatives aligned with the internationally recognized GNA. The second track, which is the economic and financial track, will be held in Cairo on Feb. 9 while the third political track will start on Feb.26.

Despite the efforts for a peace deal in the war-torn country, forces loyal to Haftar continued to harm and kill civilians while the latest attack last week killed three, two of them children.

Meanwhile, the U.S. embassy in Libya warned of an "imminent" attack and renewed military assaults in the country, saying that the warring parties were preparing for military steps.

The U.S. ambassador to Tripoli Richard Norland said his embassy had noted with concern credible reports that significant military actions were being contemplated by forces affiliated with both the GNA and Haftar, warning of renewed clashes in the near future.

"Whether offensive or preemptive in nature, such actions would violate the understandings reached in Berlin," the embassy said in a written statement on Saturday.

It also called on the parties and on their external supporters to carefully consider the risks inherent in such actions and to redouble support for the U.N.-facilitated security dialogue that is meeting in Geneva in an effort to agree on a lasting cease-fire.

Since the ousting of late ruler Moammar Gadhafi in 2011, two seats of power have emerged in Libya: one in eastern Libya supported mainly by Egypt and the United Arab Emirates and the other in Tripoli, which enjoys U.N. and international recognition.