Turkey has plan B and C for Idlib, Defense Minister says 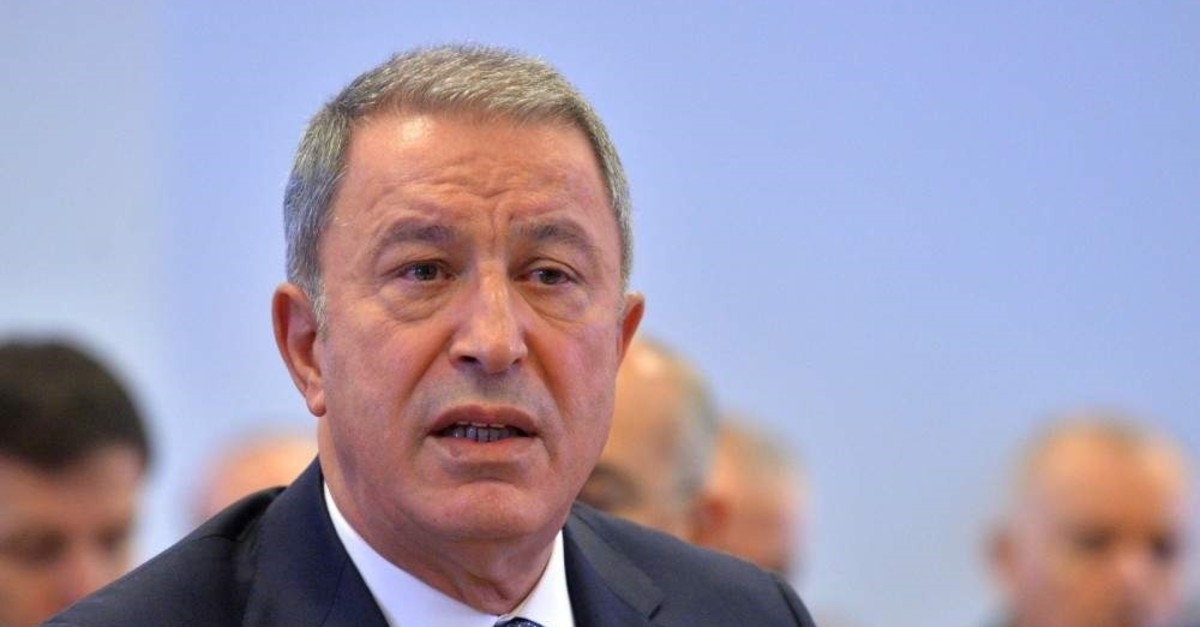 Turkey has alternative plans for northwestern Syria's Idlib and will follow through as it did with Operation Peace Spring, even though its warnings have been ignored by strategic partners, Defense Minister Hulusi Akar has said.

"We asked our strategic partners multiple times to carry out a joint anti-terror operation to clear terrorists off our border area and told them that we had a plan B and C if they did not accept our offer," Akar told the Turkish language daily, Hürriyet.

He added that Turkey proceeded by carrying out Operation Euphrates Shield only a month after the coup attempt, while it also did not hesitate to carry out Operations Olive Branch and Peace Spring.

"This is a clear indicator of our determination," he said, adding that Turkey will not hesitate to carry out another operation if the Bashar Assad regime forces do not withdraw from Turkish observation post areas by the end of February.

Akar noted that this was not a threat but the last option to reach a peaceful solution in the region. He said Turkey will do "whatever necessary" if the Assad regime tries to obstruct military reinforcements to the observation posts which are located in areas recently occupied by the regime.

"The regime indiscriminately bombed innocent people, including the elderly, women and children. Over a million people were forced to flee toward the Turkish border in the past year," Akar said. "Turkish observation posts will stay in the area as per the agreements signed with Russia and reinforcements will continue to take place."

He also touched upon the defamation campaign that claims Turkey will target the Kurds in the area.

"Is this even possible? We are always with our Kurdish brothers ... The same way Daesh does not represent Islam, PKK/YPG does not represent the Kurds," Akar said, underlining that the Turkish military only targets PKK/YPG terrorists.

Seven Turkish soldiers and a civilian contractor were killed and several others injured in a regime attack west of the strategic town of Saraqib, which was captured by regime forces on Thursday after a weeklong assault. Akar said at least 76 regime soldiers were killed in retaliatory fire.

Turkey remains the country with the most refugees in the world, hosting more than 3.7 million migrants since the Syrian Civil War broke out in 2011.