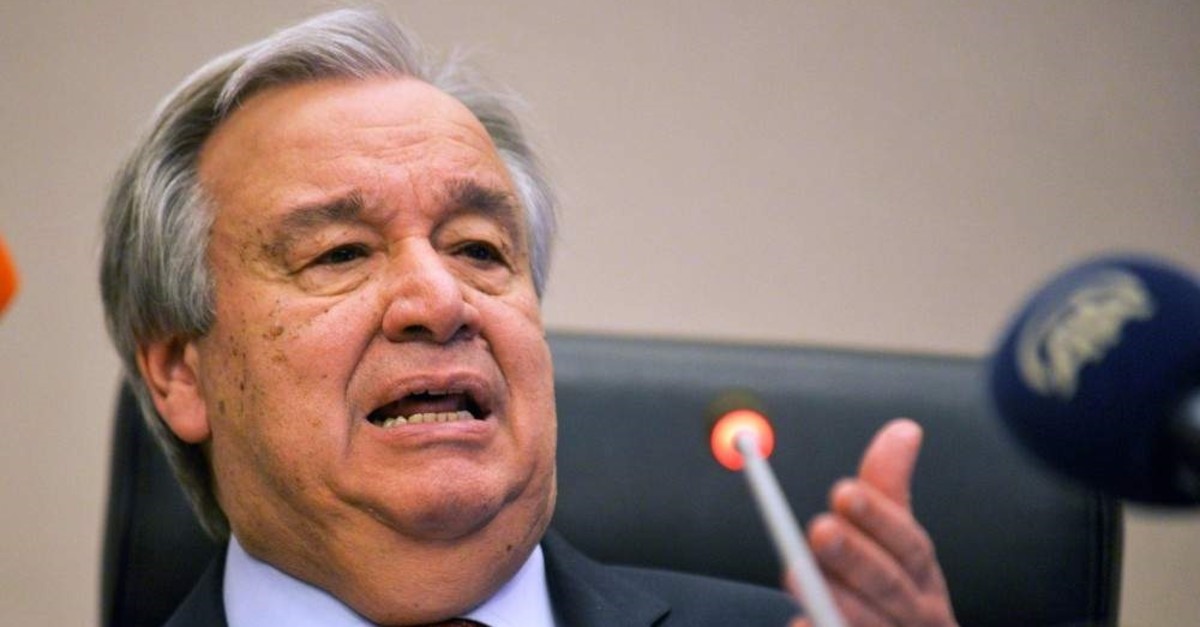 Secretary-General of the United Nations Antonio Guterres speaks during a press conference at the African Union headquarters, during the 33rd African Union (AU) Summit on February 8, 2020, in Addis Ababa. (Photo by MICHAEL TEWELDE / AFP)
by Compiled from Wire Services Feb 09, 2020 1:39 pm

U.N. Secretary-General Antonio Guterres on Saturday said he supports the African Union (AU) taking a greater role in mediating the Libya crisis, acknowledging the bloc's frustration at being sidelined so far.

The AU leadership has complained of being overlooked in peacemaking efforts related to Libya, which have been led primarily by the U.N. and heavily involved European nations.

"We want the African representatives to attend all the meetings," Guterres said, apparently in ire about the fact that involvement of Africa in the Berlin conference on Libya was minimal.

Guterres' remarks came in a news conference he held a day before the official opening of the African Union's 33rd Assembly of African Heads of State and Government.

"There are a number of players and military equipment and armies in Libya that made peace between Libyans impossible. This is unacceptable; it is a violation the U.N. arms embargo," he said.

"Africa has been put aside in relation to Libya ... We believe it is absolutely essential to associate the African Union in searching (for) a solution to the Libyan conflict," he added.

Libya has remained beset by turmoil since 2011, when long-time ruler Moammar Gadhafi was ousted and killed in a bloody NATO-backed uprising after four decades in power.

The oil-rich country has since seen the emergence of two rival seats of power: one in eastern Libya, with which putschist Gen. Khalifa Haftar is affiliated, and the Tripoli-based Government of National Accord (GNA), which enjoys U.N. recognition.

Since early April, forces loyal to Haftar have launched a campaign to capture Tripoli from the forces of the GNA.

He said the multinational counterterrorism force deployed in the region "lacks resources and adequate financing."

The U.N. chief said he advocates a stronger African force in the region to counter terrorism.