Greece to deport 200 asylum seekers to Turkey per week 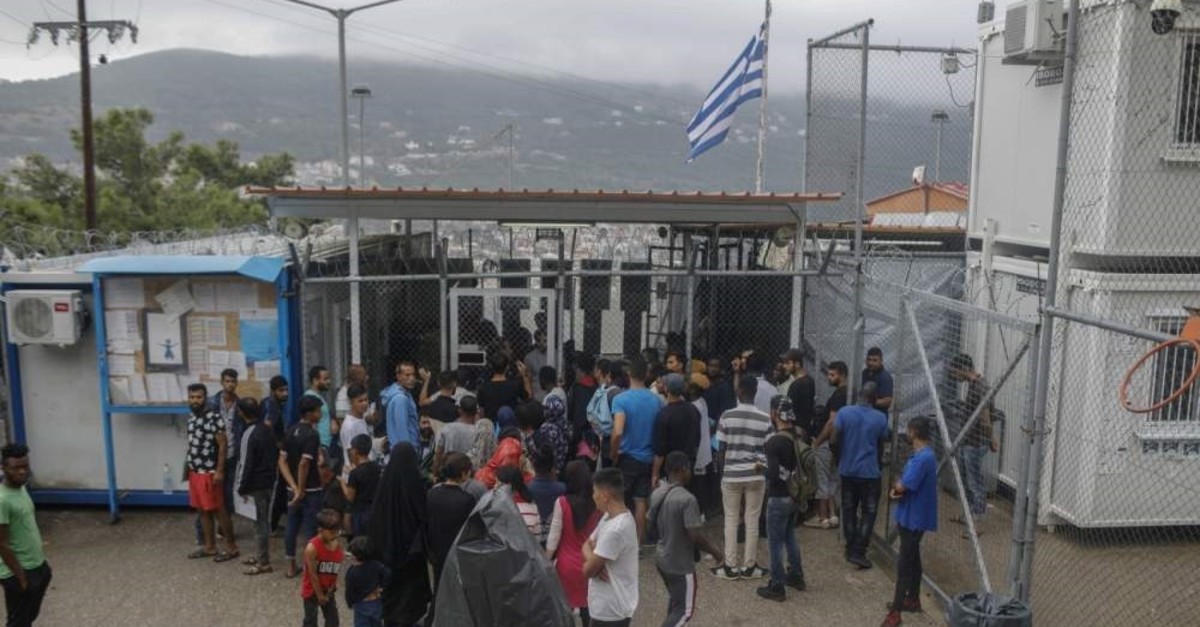 In this Wednesday, Sept. 25, 2019, file photo, refugees and migrants wait outside the information office at a refugee and migrant camp at the Greek island of Samos. (AP Photo)
by Anadolu Agency Feb 11, 2020 9:41 am

Greece announced Monday that it will begin building closed camps for migrants on its Aegean islands in March and is aiming to send 200 rejected asylum seekers back to Turkey each week.

Migration Minister Notis Mitarachi said the camps will be able to host up to 20,000 migrants for three months at a time.

Mitarachi told Greek radio station Skai that the camps would be ready by the summer and construction will begin on five islands in the eastern Aegean Sea -- Lesbos, Chios, Samos, Kos and Leros.

He noted that the entry and exit of migrants will be limited in the camps and they will be allowed to go out during the day depending on certain rules, while the camps will be closed at night.

Mitarachi said Turkey has fully cooperated with the return of migrants.

The U.N. High Commissioner for Refugees (UNHCR) put the number of migrants entering Greece in 2019 at 74,613.

In 2019, Turkish authorities held nearly 455,000 irregular migrants across the country, including about 60,000 trying to cross the Mediterranean.