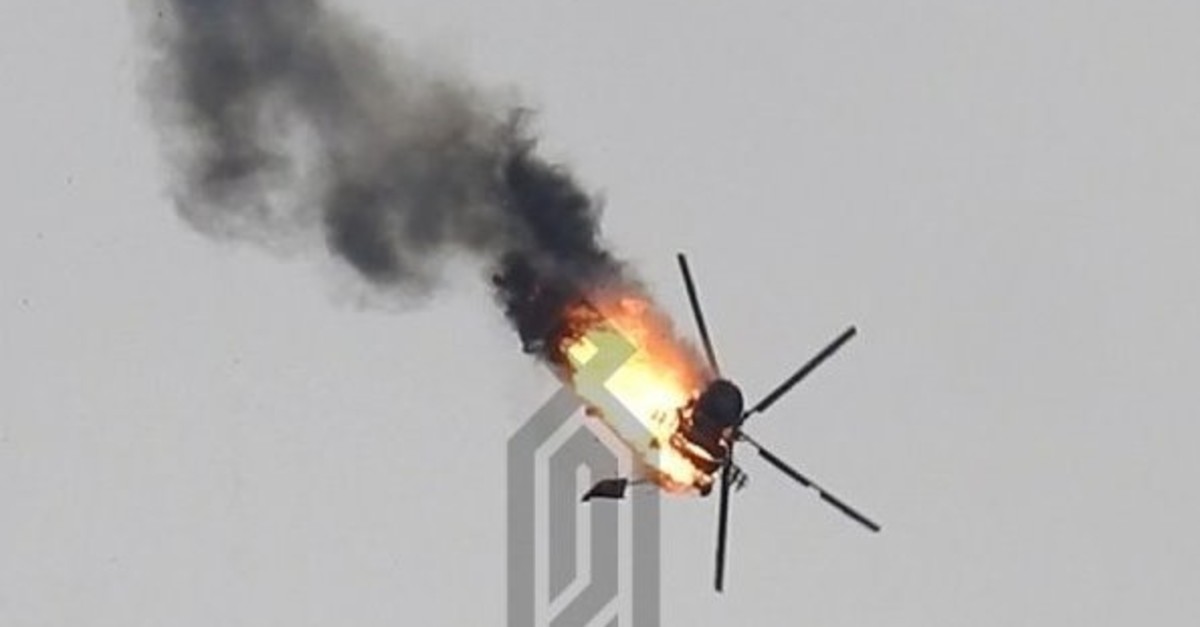 According to footage shared on social media outlets, the helicopter was downed in Nayrab near Saraqib.

Turkey's Defense Ministry later said that the regime forces have completely withdrawn from Nayrab. The ministry also confirmed the downing of the helicopter, but did not specify who shot it down.

The Turkish military and the Syrian National Army launched an operation in Idlib to retake Saraqib as the number of Turkish casualties rose to 13 in attacks launched by the Bashar Assad regime.

The capture of Saraqib was the regime's renewed push to recapture the last opposition stronghold, which has already displaced hundreds of thousands of people that headed to Turkey's border.

The town sits on a junction of two key roads, which the regime is seeking to capture to revive an economy ravaged by almost nine years of war. The M5 connects the capital Damascus to the second-largest city Aleppo in the north, crossing Idlib, while the M4 connects Aleppo with the coastal city of Latakia.