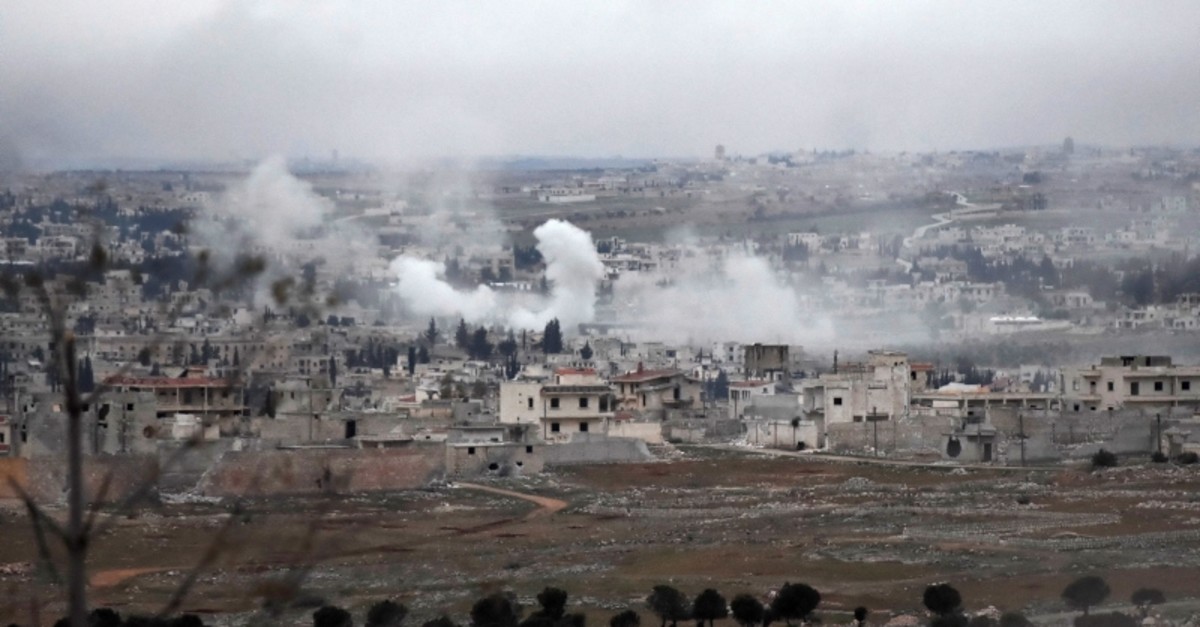 At least four civilians were killed as Russian and regime jets struck a village in the western countryside of Syria’s northwestern Aleppo province.

The strikes came as regime forces continue their assault on the last opposition stronghold in Idlib and western parts of Aleppo despite warnings from the international community and neighboring Turkey over its humanitarian consequences, triggering an influx of hundreds of thousands of refugees to the Turkish border.

In their latest push, regime forces have seized a string of towns and villages from opposition forces in the west of Aleppo province since Tuesday night, the Syrian Observatory for Human Rights reported.