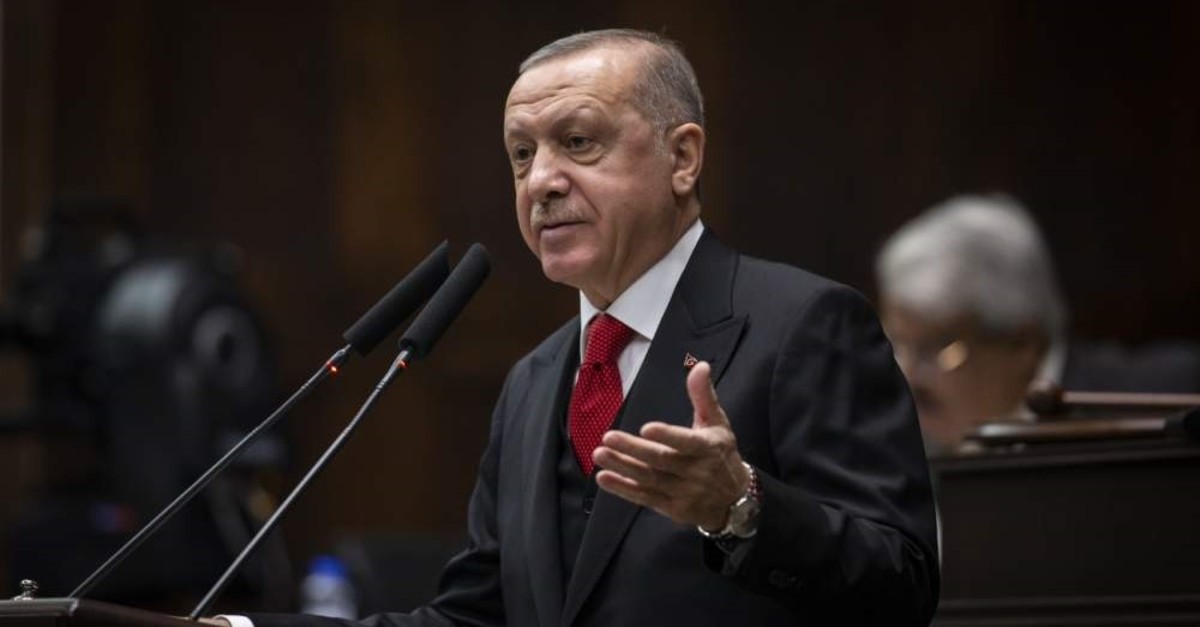 Speaking at the ruling Justice and Development Party's (AK Party) parliamentary group meeting in Ankara, Erdoğan said it is surprising Kılıçdaroğlu was provoking such discussions since he himself is at the center of such accusations.

“Kılıçdaroğlu, while trying to throw mud at us, was caught with mud on his hands,” Erdoğan said.

Erdoğan's remarks came following Kılıçdaroğlu's claims this week, stating that he would expose FETÖ's political wing, implying it was hidden within the AK Party.

“What is the CHP's position in all these (FETÖ arguments)?” he asked, adding that he has numerous evidence pointing to Kılıçdaroğlu on the matter.

“Although the prosecutor of the tape plot against Baykal was dismissed from his duty for FETÖ links, did you ever hear Kılıçdaroğlu mention this?”

“On the contrary, he (Kılıçdaroğlu) was the one who went against the dismissal of the prosecutor.”

He added that media linked to FETÖ have promoted each and every move by Kılıçdaroğlu. "Whenever the AK Party tried to take action against the terrorist group, CHP became an obstacle.

“Our fight against FETÖ is far from being personal. Everyone knows how the terrorist group has targeted the AK Party."

He said after FETÖ's coup attempt on July 15, 2016, Kılıçdaroğlu tried to justify the move by saying “soldiers obey any order they receive.”

Erdoğan also claimed that Kılıçdaroğlu was directed by FETÖ to claim that the July 15 coup attempt was a “controlled coup.”

“The CHP authorities attempt to prevent the clearing of FETÖ elements from every aspect of the society, and their attempts to defame (the victory of the people against the coup plotters on) July 15 is the biggest evidence that they are the political wing of the FETÖ,” the president said.

“Can the politician that FETÖ tried to overthrow be its political wing? How about the one that FETÖ tries to promote?” the president further asked.

FETÖ posed as a religious group for years under the leadership of Gülen before it disclosed its true intention – to topple the government and create chaos in the country – in 2013 with two plots targeting people close to the government. Turkey managed to stave off these attempts and launched operations against the group, which was designated as a national security threat.

In 2016, the terrorist group made its first attempt at using its adherents in the military to seize power, just three years after it had tried its hand at a coup through its infiltrators in the judiciary and law enforcement.