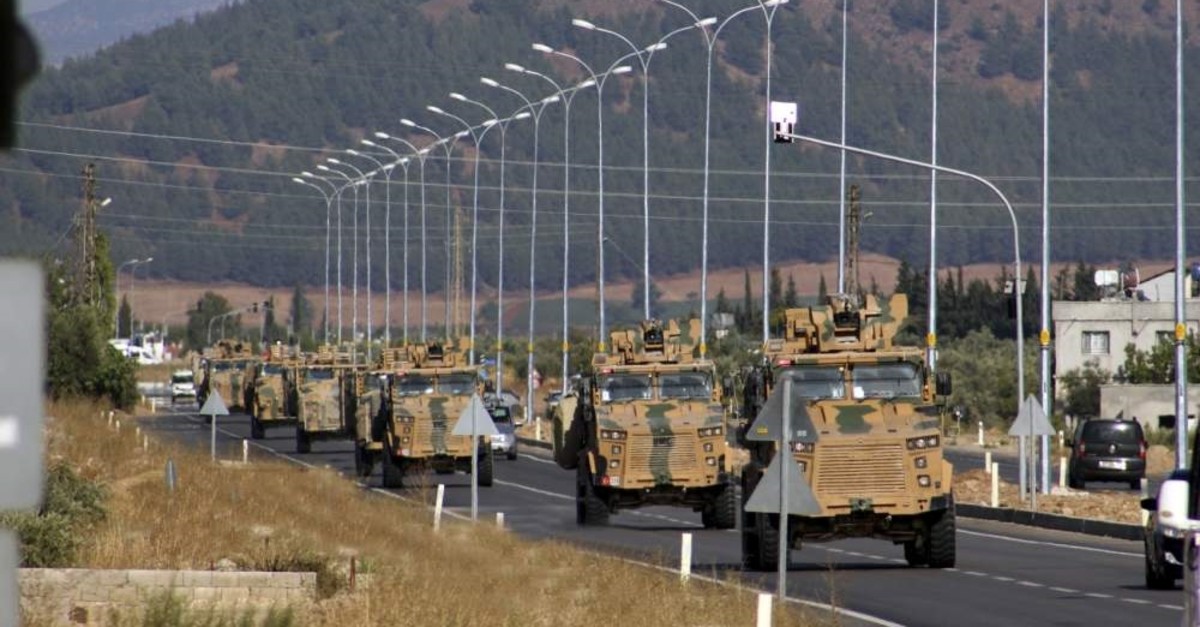 The Syriac community is thankful for Turkey's cross-border operations in Syria, which provides security in the region.

"The operations of Turkey in northern Syria contribute to the security of our own communities," said Johny Messo, the head of the World Council of Arameans (Syriacs) on Tuesday.

Speaking at the European Council upon an invitation from Turkey's permanent representative to the council, Messo informed the audience about the brutalities and pressures of the PKK/YPG on the regional communities and minorities, including the Syriacs.

Messo, a Syriac-Dutch politician, has been the head of the World Council of Arameans (Syriacs), a federation of the international Syriac community founded back in 1983, since 2008.

Back in October, Messo spoke to the Anadolu Agency (AA) about the brutalities of the PKK/YPG, saying that the terrorist group is kidnapping and forcing Syriac children to join their group.

"The PYD/YPG is threatening Syriacs and still forcibly detaining some children to join them," he said.

Telling how the PYD/YPG terrorist fought other terrorist groups only to pursue its own territorial aims, he explained: "The aim of the PYD/YPG in its struggle against Daesh was to seize their territories and integrate them as part of the autonomous Kurdish region envisaged by them."

Messo said the PYD/YPG and Daesh are both terror groups, differing only in objectives, and sometimes even work together.

"For example, the BBC showed that the PYD/YPG signed an agreement with Daesh. And, according to our own sources, the PYD/YPG took former Daesh members with them," he added.

Messo called on the PKK/PYD/YPG "to end its violent struggle for independence so that Arameans, Kurds, Arabs and Turks can work together on a mutually enriching coexistence between different ethnicities, religions and languages in Turkey and Syria."

Operation Euphrates Shield was completed in March 2017, and the region was secured while the fight against Daesh still goes on. Since the beginning of 2019, 492 Daesh terrorists have been caught. On the other side, it enabled 380,000 Syrian refugees to voluntarily return to their homes in the region.

Operation Olive Branch was been completed in March 2018, yet the military's efforts to secure and establish safety in the region still continues. Following the liberation of the region, 65,000 Syrians returned.

While conducting these operations, Turkey attaches great importance to protecting the environment, religious and cultural sites and civilians. As part of the efforts of normalization, 40 out of 66 planned control points were built in the region and 135,000 Syrians returned back to their homeland.