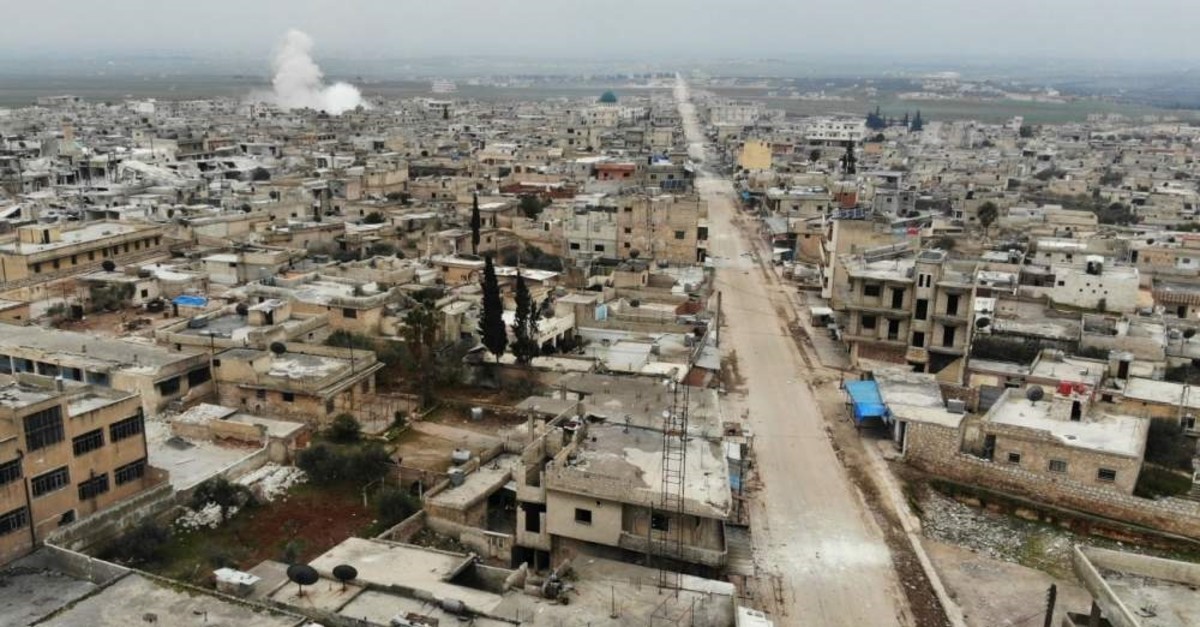 A senior U.S. State Department official who was in Ankara the previous day spoke to journalists including Daily Sabah about the recent crisis in Syria’s Idlib province as well as about Turkey-Russia and Turkey-U.S. relations.

Indicating that contrary to Iran and Russia, Turkey and the U.S. were striving for a political solution in Syria in accordance with U.N. resolutions, the senior State Department official said: “It is the (Bashar) Assad regime that is escalating tensions in Idlib. The U.S. has serious concerns regarding this escalation. We have expressed our condolences to Turkey for the loss of its soldiers. We do not think that Russia and the Assad regime believe in a political solution. Despite them, we as the U.S. want a political solution that will be applied not only in Idlib but throughout Syria.”

The official further underlined that the U.S. believes that the presence of a democratically strong neighbor in Turkey’s south is needed.

Saying that a democratic process can only be applied when Syria is free of Iran and Russia, the official answered a question on the Russian Embassy’s tweet reminding that the U.S. supported the YPG terrorist organization. “Yes, I saw the tweet," the official said. "Russia’s tweet aims to lead us astray from today’s problem. There are attacks on Turkish soldiers, and they are telling us not to look behind the curtain. We must not be deceived. Currently, Russia’s policies in Idlib contradict with Turkey and the U.S.”

On another question regarding whether the U.S. presence in Syria will continue, the official said Washington planned in accordance with U.S. President Donald Trump’s instructions to withdraw from the field as soon as possible but that this did not include a narrow area where Daesh was previously found and where oil production takes place. “We do not plan on staying in Syria for the long term,” the official said.

On the other side, the U.S. official who evaluated whether the U.S.' recent approach toward Turkey against Russia on Idlib was tactical or not, he said: “We have a strong dialogue with Turkey. Thus, we cannot describe our rapprochement as tactical. Our relations have already been on a strategic level for a long time.”

The official who stated that Turkey is the U.S.’ only partner on the field in Syria also said that the U.S. is cooperating with the YPG in the fight against Daesh and that this was causing friction between Ankara and Washington while this problem was could be solved currently within the scope of Operation Peace Spring. “We know who our partner on the field is: It is Turkey,” the official said.

Indicating that Turkish-Russian relations are not sustainable for the long term, the State Department official argued that tensions between Ankara and Moscow would increase and that this will become obvious soon. “Russia’s initiative is tactical. The interests of Russia and Turkey are not joint. We believe that the existing tension will increase,” the official stated.

Adding that unlike Turkish-Russian relations, Turkey’s and U.S.’ interests overlap despite disagreements, the official said: “Our common interests with Turkey are more important than anything. This also applies to Syria, Iraq and Libya. Turkey and Russia are sitting at different ends on the table in Libya. Russia is supporting an operation that is costing the lives of Turkish soldiers in Libya. Yes, we have problems in our relations with Turkey, but I think we can overcome these through a strategic partnership.

The official who mentioned that disagreements with Turkey continued regarding the S-400 missiles purchased from Russia and Turkey’s acquisition of F-35 fighter jets from the U.S., stated that “members of the Congress and the administration have expressed their concerns. However, we are highly determined to overcome this problem. These systems do not conform to each other and cannot be integrated. The U.S. has clearly set forth its stance on this issue. It is vital that our Turkish partners find a solution to this. Approval of the Congress is needed regarding the sale of Patriots to Turkey, and it is not possible to advance without solving this issue.”