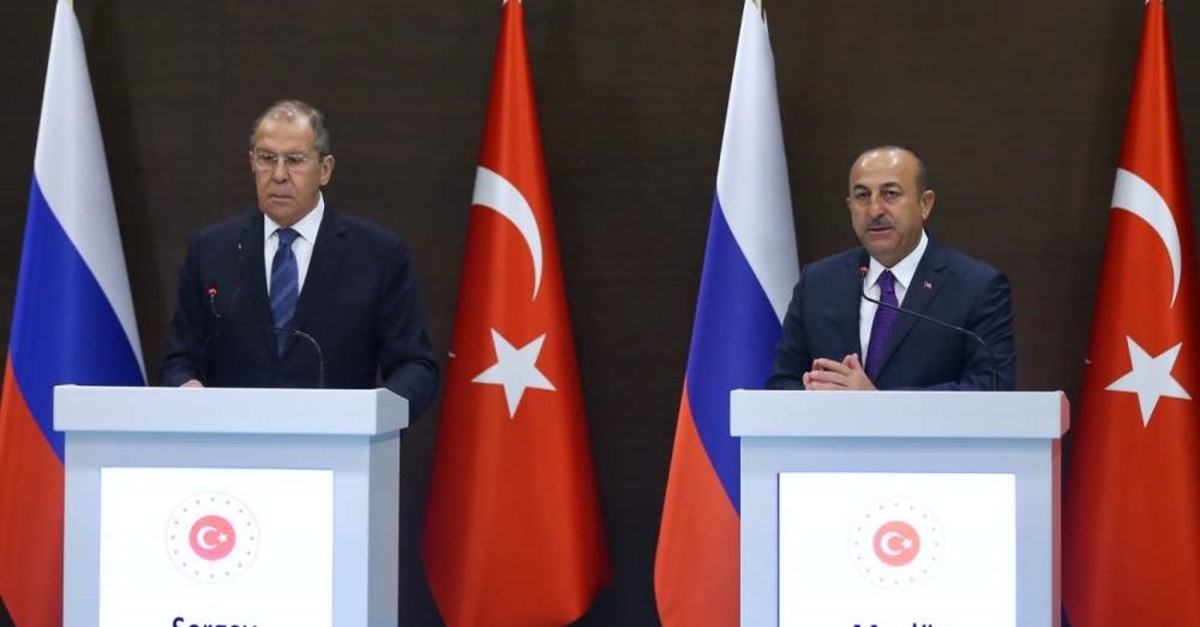 Foreign Minister Mevlüt Çavuşoğlu will meet his Russian counterpart Sergey Lavrov in Munich on Sunday on the sidelines of the Munich Security Conference, Interfax news agency reported Friday. The two ministers are expected to discuss the latest situation in northwestern Syria's Idlib.

Bashar Assad's forces have pressed ahead with an offensive in the region to recapture the last opposition stronghold bastion since December, killing more than 380 civilians, according to the monitoring group the Syrian Observatory for Human Rights.

The killing of 13 Turkish military personnel in Idlib in regime shelling has fueled tensions between Ankara and Damascus while raising stakes with Russia, a key ally of Assad.

Turkey has since retaliated for both attacks, hitting scores of targets and neutralizing over 200 Assad regime troops.

Turkish troops are in Idlib, nominally a cease-fire zone, under a deal between Turkey and Russia as part of an anti-terror and peace mission.

But more than 1,800 civilians have been killed in attacks by the regime and Russian forces since, flouting a 2018 cease-fire and a new one that began on Jan. 12.

President Recep Tayyip Erdoğan on Wednesday accused Russia of supporting "massacres" in Idlib and threatened to strike regime forces anywhere in Syria if the slightest harm is done to Turkish troops.

In return, Moscow accused Ankara of failing to honor the 2018 deal, with Kremlin spokesman Dmitry Peskov saying the Turkish side "had taken upon itself an obligation to neutralize terrorist groups" in Idlib.

Under the bilateral agreement, radical groups were required to withdraw from a demilitarized zone in the Idlib region.

Turkish Defense Minister Hulusi Akar on Thursday threatened to use force against "radicals" in Idlib province after Russia accused Ankara of failing to "neutralize" radical groups under a 2018 deal.

"Force will be used in Idlib against those who do not abide by the cease-fire, including the radicals," Akar was quoted as saying by the official Anadolu Agency (AA).

"Any form of measure will be taken," he said.

Meanwhile, Turkish Chief of Staff General Yaşar Güler Thursday spoke by phone with his Russian counterpart, General Valery Gerasimov about the situation in Idlib, the Turkish officials announced on Twitter.

As Turkey and Russia traded accusations over the escalation in Idlib, U.S. special envoy for Syria James Jeffrey voiced Washington's support for Ankara's "legitimate" interests in Syria and particularly in Idlib.

"Our job is to convince (Russia, Iran and the Assad regime) that they are not going to have a military victory," Jeffrey said, in comments shared on the embassy's official Twitter account, a day after he met with Turkish officials in Ankara.

"The United States totally agrees with Turkey on the legal presence and justification for Turkey defending its existential interests against refugee flow and dealing with terror and finding a solution to the terrible Syrian conflict with the war criminal regime of President Assad," he said.

Under the bilateral deal with Russia, Turkey has also set up 12 observation posts in Idlib, three of which are under siege by Assad's forces, according to Turkish officials.

Erdoğan has now given Damascus until the end of the month to push back its forces outside the military locations.

Turkey has sent reinforcements including troops and artillery to beef up its observation posts in recent weeks following the series of exchanges with the Syrian regime army.

Akar said: "We are sending additional units to establish a cease-fire and make it long-lasting. We will control the field."