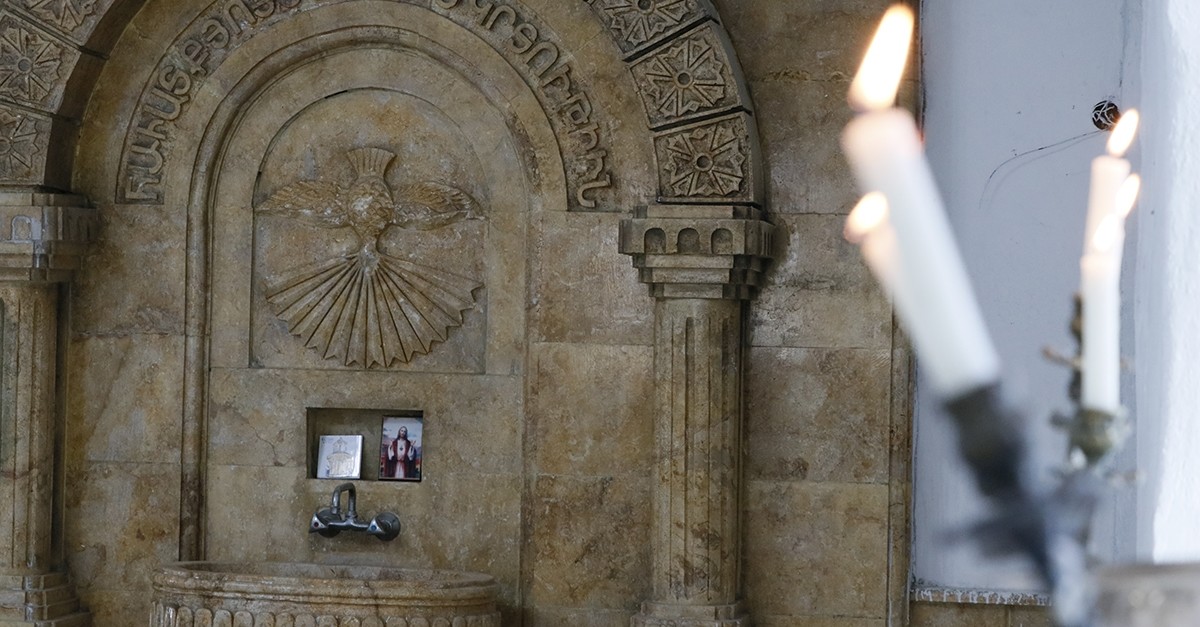 "We are now at the Church. We performed our rituals. Previously we weren't able to come. May God help the Turkish soldiers for coming to our aid," A Syrian Christian woman said in a video published on the ministry's Twitter account. The video shows Syrian Christians worshiping in a church.

Following the liberation of these areas, efforts to clear bombs and improvised explosive devices were launched and administration duties were given to local councils.

According to U.N. figures, 60% of people who had been displaced due to the war have returned to their homes. Turkish humanitarian aid groups and institutions have provided help for over 30,000 people so far. Turkey's operation has not hindered the flow of humanitarian aid from other countries entering the region, with more than 80% of U.N. aid for Syria having passed through Turkey.

Operation Peace Spring put an end to the YPG's oppression and persecution in Tal Abyad and Ras al-Ayn regions, thus making way for Syrian people, who took refuge in Turkey, to return voluntarily to their homes and lands.