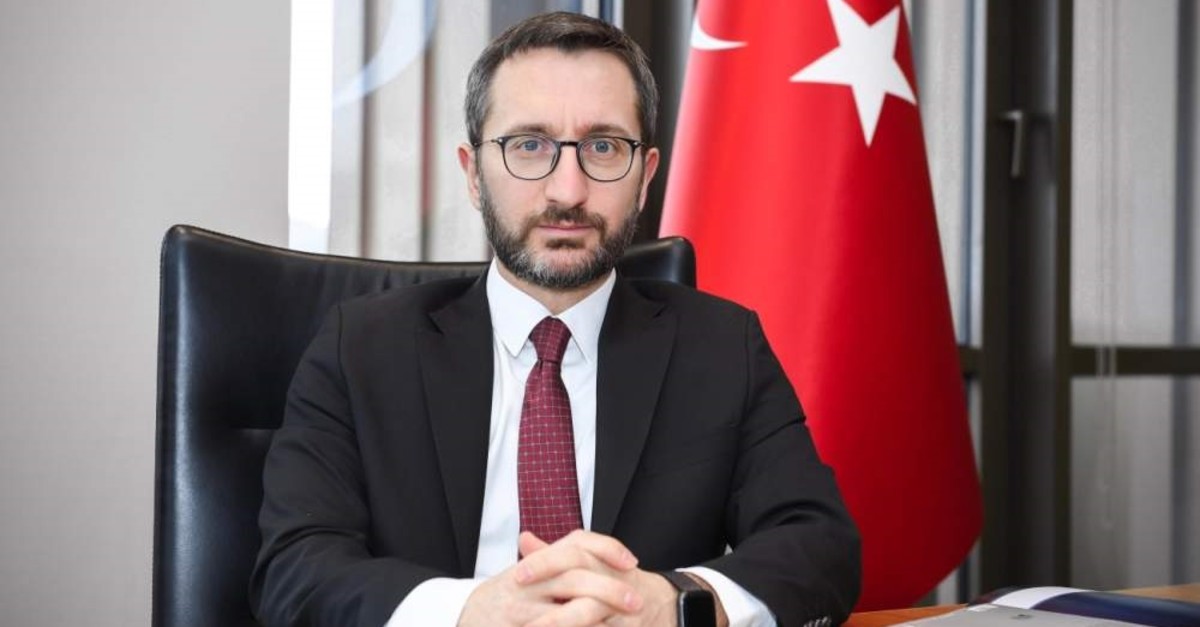 The Presidential Communications Directorate has released a booklet on the Palestinian-Israeli crisis, explaining the background of the issue as well as the impact of U.S. President Donald Trump's so-called "Deal of the Century" in worsening an already complex deadlock.

Titled "Century of Occupation: Palestine in the Shadow of Unilateral Plans," the 56-page booklet starts with a foreword by Communications Director Fahrettin Altun. Altun wrote that the booklet addresses in detail Palestine's "honorable struggle, Israeli occupation processes, violations of international law, Turkey's support for the Palestinian cause and the occupation and annexation plan put forward by the U.S. President Trump."

According to Altun, Turkey's stance on the issue can be summarized with President Recep Tayyip Erdoğan's statement: "The plan announced will not serve peace and settlement in the region. It is a plan aimed at ignoring the rights of the Palestinians and legitimizing Israel's occupation. Jerusalem is sacred to Muslims. The plan to give Jerusalem to Israel is absolutely unacceptable."

In the following chapters, the booklet details the background of the crisis, starting from the Balfour Declaration and the British Mandate to today, including the Naqba (the creation of the Israeli state in 1948), intifadas (Palestinian uprisings), Israeli attacks and the U.S. decision to move the embassy to Jerusalem.

The booklet then lists United Nations resolutions over the crisis and their impact on the development of the incidents. The third chapter focuses on Turkey's stance on the issue and its fight to support the rights of the Palestinians in the international realm. Lastly, the booklet analyzes the aims of the latest U.S. proposal, called the "Deal of the Century," and how it actually makes the situation worse rather than resolving the conflict. This chapter is followed by the international reaction to the deal and Turkey's call to the international community on the issue.

Following Trump's decision in December 2017 to recognize Jerusalem as the capital of Israel, the U.S. carried the issue to the U.N. General Assembly after a draft resolution on the matter was vetoed 14-1 in the U.N. Security Council.

On Dec. 21, 2017, the U.N. General Assembly passed a draft resolution against the action, with 128 countries in favor, nine against and 35 abstentions, asking the U.S. to revoke its decision to recognize Jerusalem as Israel's capital.

The directorate's booklet was distributed to Pakistani officials during Erdoğan's recent official trip to Pakistan and will be presented during upcoming diplomatic meetings with other parties.