US President Trump thanks Erdoğan for preventing humanitarian crisis in Idlib 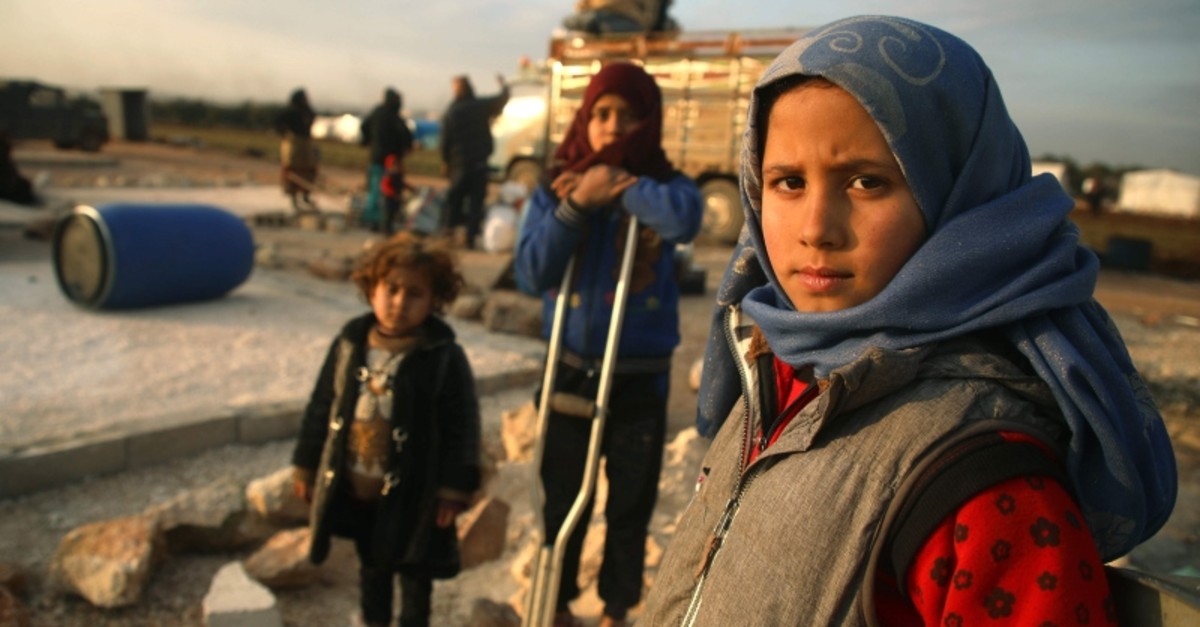 Syrian children pose for a picture as their families prepare to flee a camp for the displaced, east of Sarmada in the north of the northwestern Idlib province, on Feb. 16, 2020 (AFP Photo)
by Anadolu Agency Feb 17, 2020 11:17 am

"Trump expressed concern [yesterday] over the violence in Idlib, Syria and thanked Erdoğan for Turkey's efforts to prevent a humanitarian catastrophe," deputy press secretary Judd Deere said in a statement.

"President Trump conveyed the United States' desire to see an end to Russia's support for the [Assad] regime's atrocities and for a political resolution to the Syrian conflict," he added.

"President Trump also reiterated that continued foreign interference in Libya would only serve to worsen the situation," he added.

Turkish troops are in Idlib as part of an anti-terror and peace mission.

But more than 1,800 civilians have been killed in attacks by the regime and Russian forces since, flouting a 2018 ceasefire and a new one that began Jan. 12.

Libya's legitimate government has been under attack by Haftar since last April, claiming the lives of more than 1,000 people.