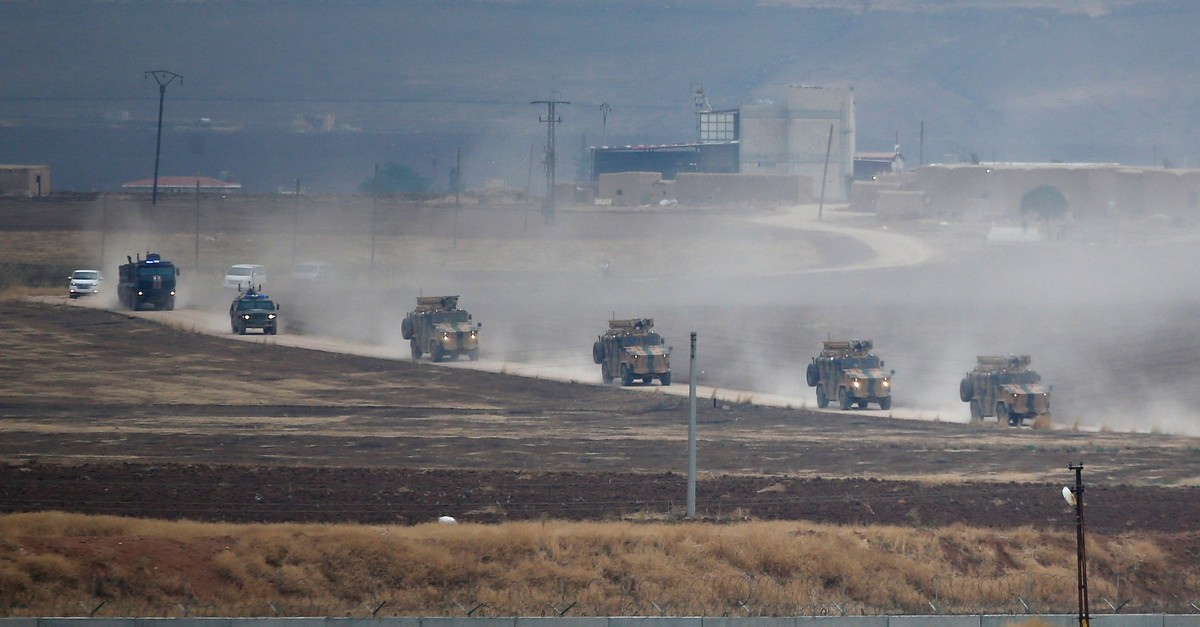 The Turkish and Russian militaries have resumed holding joint patrols in the area near the Syria-Turkey border, reports said Tuesday.

The Turkish military and Russian military police held a patrol in the Qamishli-Shayrak-Dalik-Qasra-Arada-Qabira-Tavrat-Shavkat-Dalik-Shayrak-Qamishli route, the head of Russia's Center for Reconciliation of Parties in Syria, Oleg Juravlyov, said in a news conference.

The Russian military police have also held patrols in the Aleppo and Raqqa regions, Juravlyov added.

However, the joint patrols were canceled after Assad regime forces targeted Turkish troops in Syria’s Idlib.
The two countries reached a deal under which the PKK-affiliated YPG terrorists will pull back 30 kilometers (18 miles) south of Turkey's border with northern Syria within 150 hours.
The patrols are scheduled to be conducted in an area 10 kilometers into Syrian territory.