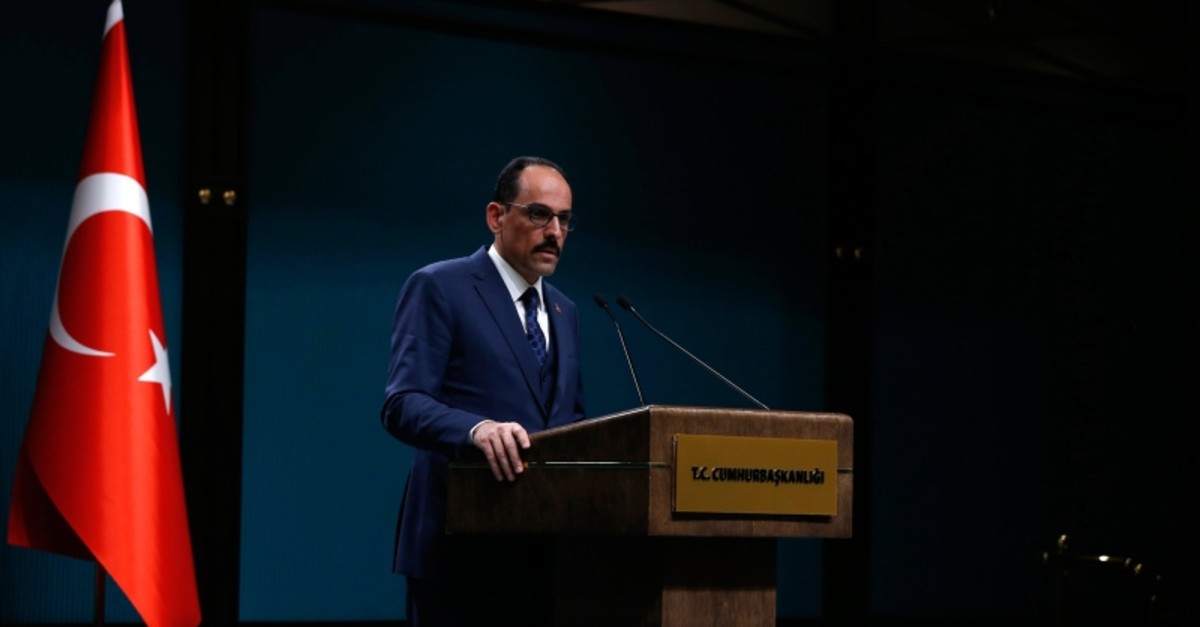 "Our main objective is to return to the terms set forth by the Sochi agreement for Idlib," Presidential Spokesperson İbrahim Kalın said late Tuesday.

"Russia's proposals during the Idlib talks have so far proved unacceptable for Turkey," he added. The official also underlined the need for the Assad regime to desist from attacking the war-ravaged town.

"What's important for Turkey is the recognition of borders set by our observation points, and the cessation of attacks by the Assad regime," he added.

President Recep Tayyip Erdoğan said Wednesday that Turkey would hit all targets it deemed an immediate threat, reiterating that Turkey expected the Assad regime to retreat behind the observation posts by the end of February or face the consequences.

Defense Minister Hulusi Akar has also reiterated Turkey's determination to ensure security in Idlib, noting that Turkey had back-up plans if all else failed.

Assad regime forces entered the strategic town of Saraqib in Idlib in a renewed push by the regime to recapture the last opposition bastion, disregarding Turkey's warnings to withdraw.