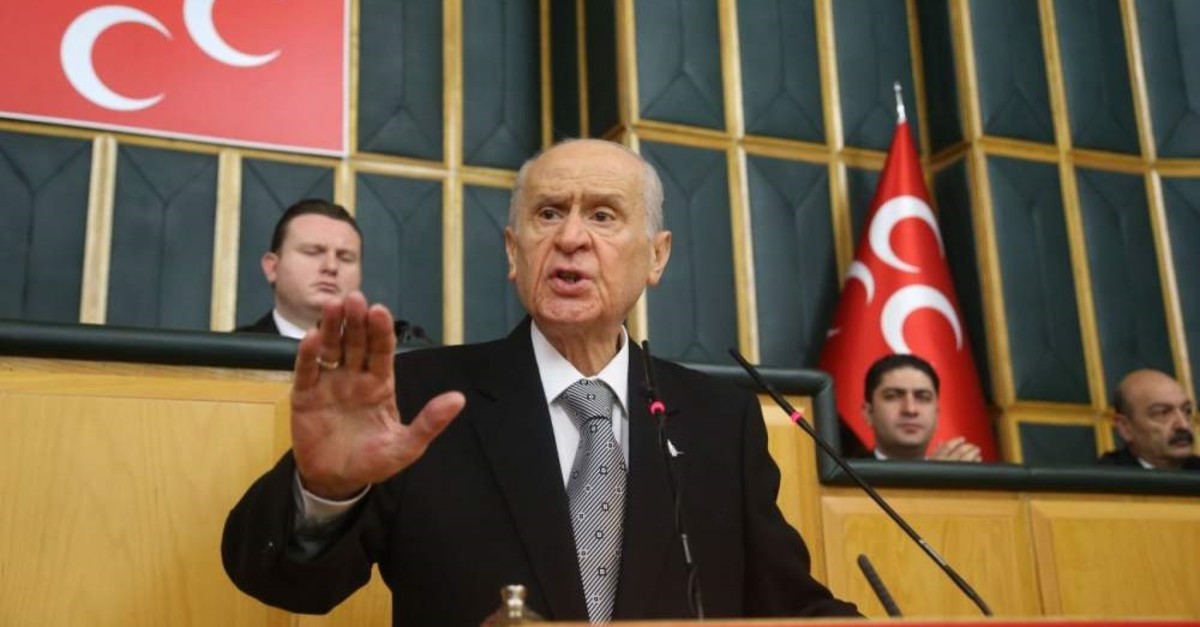 Turkey is aware of the crimes committed by Russia in the past, and the Moscow administration needs to immediately clean the blood on its hands by respecting agreements, Nationalist Movement Party (MHP) Chairman Devlet Bahçeli said Tuesday, as he urged Bashar Assad regime forces to retreat behind Turkish observation posts by the end of February, noting that this is necessary to ensure calm in the region and create a de-escalation zone.

"We know very well about Russia's crimes in the War of '93," Bahçeli told his party's parliamentary group meeting on Tuesday, referring to the Russo-Turkish War of 1877–78, which resulted in the deaths of around 90,000 people.

Bahçeli continued by referring to other instances of Russian hostility against Turkey in the aftermath of World War II.

"Will we not respond to aggression and aggressive goals? Can we stomach the murders and be a party in oppression?" Bahçeli said, adding that Turkey will not stand idly by in the face of injustice.

"Turkey is not joking. News of more martyrs will be costly for Assad, who will pay the price across Syria," he said.

But more than 1,800 civilians have been killed in attacks by regime and Russian forces since then, flouting both the 2018 cease-fire and a new one that started on Jan. 12.

Bahçeli said meetings in Moscow between Turkish and Russian delegations for permanent peace and a cease-fire were an appropriate and positive step.

"Turkey stands behind its word until the end," he said.

Bahçeli said ongoing developments in the region were as concerning as the deadly coronavirus, while he criticized Russia for being the protector of Assad, and the U.S. for taking the YPG/PKK and the Gülenist Terror Group (FETÖ) under its protection. He also criticized Iran for negatively affecting the geopolitical and economic regional base.

"Turkey is the only country that is in favor of Turkey's territorial political unity and territorial integrity," Bahçeli said.

Russian and Turkish delegations began talks on Monday, aiming to address the tense situation in Idlib.