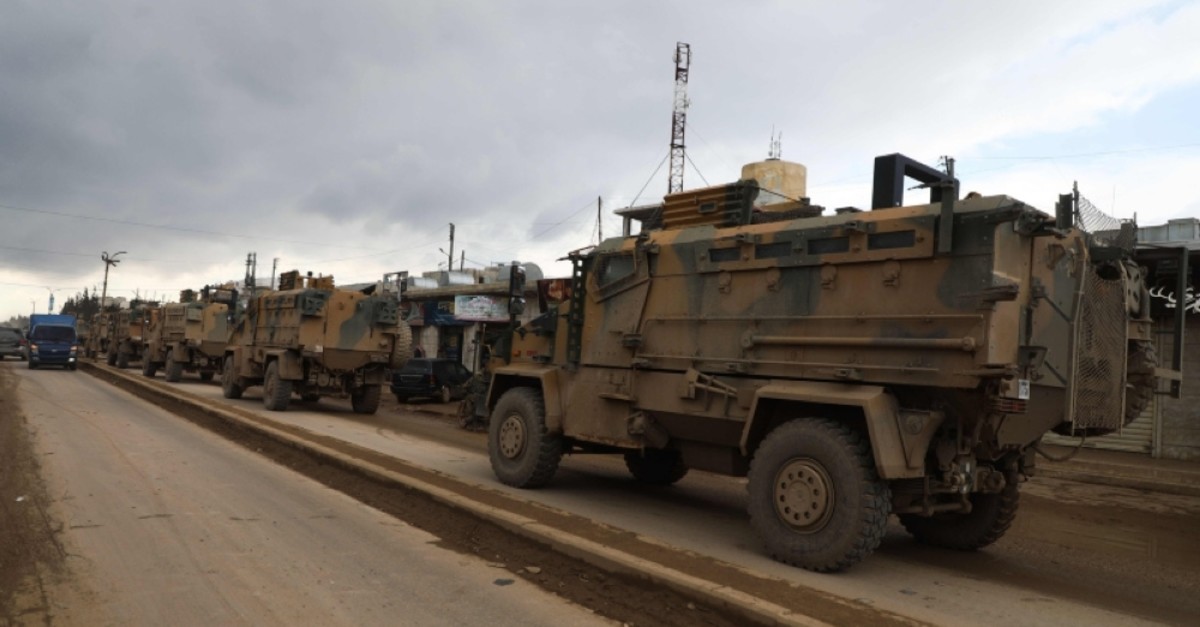 A Turkish military convoy that crossed from the border with Syria, passes through the Syrian opposition-held town of Hazano in Idlib's northern countryside, on February 22, 2020. (AFP Photo)
by Daily Sabah Feb 22, 2020 4:54 pm

One soldier was killed Saturday after the Assad regime dropped a bomb in Syria’s Idlib. The soldier was the tankman Mecit Demir of the southeastern province Gaziantep.

A statement from the governorship of Gaziantep prayed mercy upon the deceased and expressed condolences to the family, as well as the whole Turkey nation.

The Turkish military have established several observation points across Idlib as part of a de-escalation zone deal reached during the Astana peace process, backed by Turkey, Russia and Iran.

The aim of the observation posts is to establish, monitor and sustain the current cease-fire in the de-escalation zones, deliver humanitarian aid to persons in need and to ensure the secure return of displaced people.