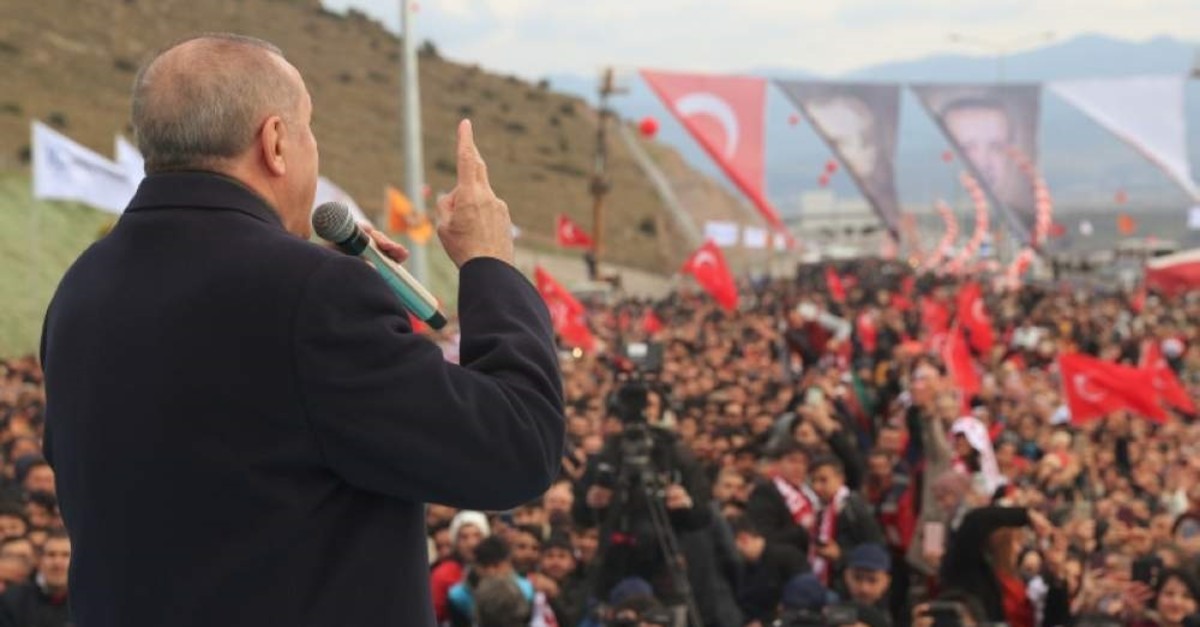 President Recep Tayyip Erdoğan said Saturday at an inauguration ceremony in Izmir that as a result of talks with his Russian, German and French counterparts, the countries had established a road map for the situation in Idlib, which has recently seen a humanitarian disaster due to heavy bombardments by the Assad regime and its main backer Russia.

He said that he had talked with Russian President Vladimir Putin late Friday, German Chancellor Angela Merkel and French President Emmanuel Macron, stressing that they had set about a plan in which Turkey was “at the table” of regional arbiters. “We will take more robust and determined steps.”

Turkey will continue to work it has started without taking a step back and hopefully achieve the goal of regional stability, said Erdoğan.

“Every struggle we avoid today in Syria, Libya, the Mediterranean and our region, in general, will return to us with a heavier toll tomorrow.”

“The Idlib issue is at least as important as Afrin and the (Operation) Peace Spring area. I clearly expressed our determination on this matter to Putin yesterday,” he said.

At the same time, Turkey’s Defense Minister Hulusi Akar discussed the situation in Idlib with his Russian counterpart Sergei Shoigu.

A monthslong offensive by Russia-backed Assad regime against moderate opposition backed by Turkey in northwest Idlib has seen close to one million civilians fleeing the violence.

The Syrian regime, however, has repeatedly violated the cease-fire, including martyring 15 Turkish soldiers in three attacks in February.

Since Syria's civil war erupted in 2011, the country has never seen so many people displaced in so short a time. In nine years, millions of civilians have fled their homes and more than 380,000 have been killed.