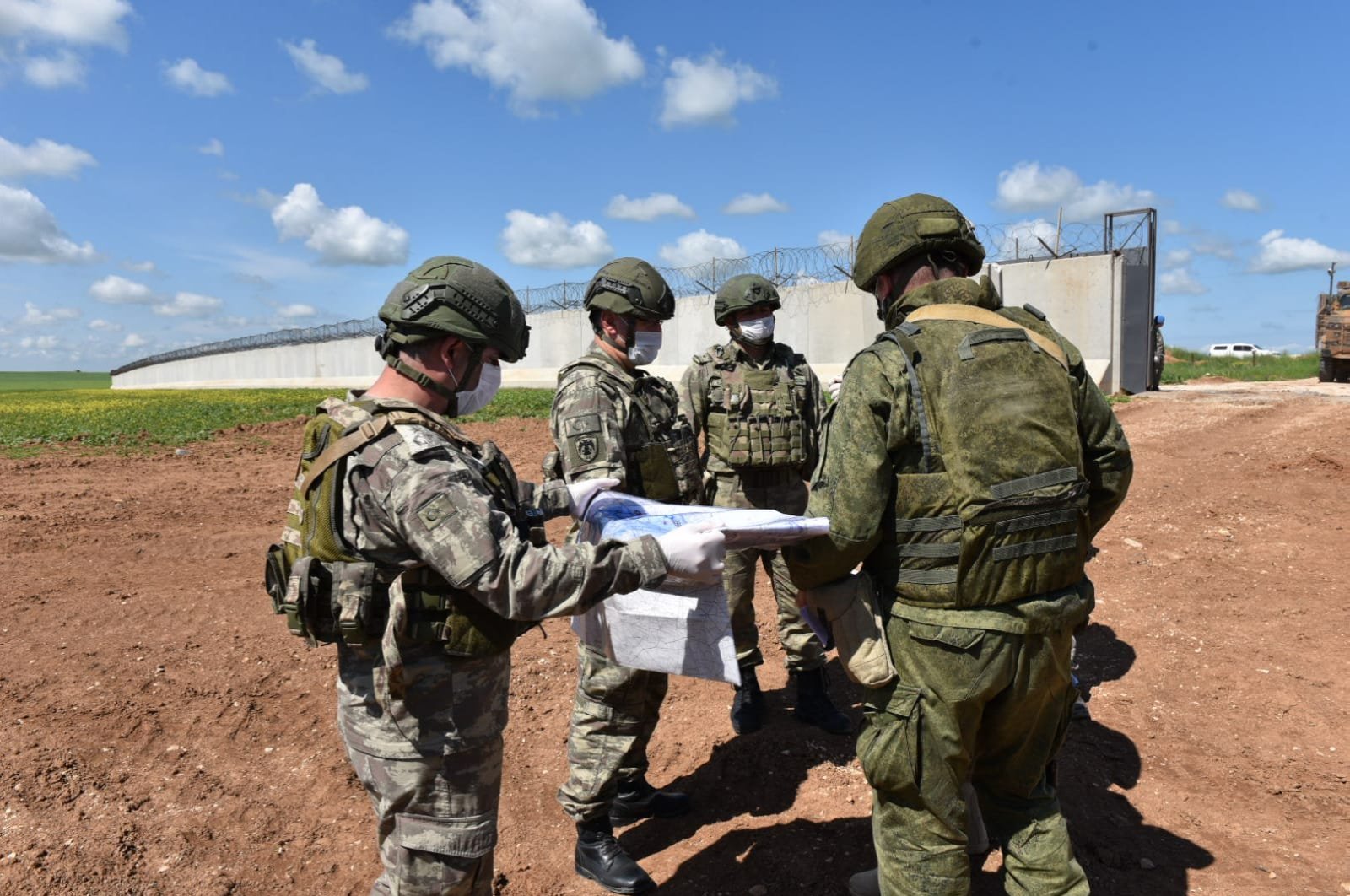 The 38th round of Turkish-Russian joint patrols have been completed in an area east of the Euphrates in northwestern Syria, the National Defense Ministry said Thursday.

"Turkish and Russian forces' 38th joint patrol in the east of Euphrates has been completed in accordance with the measures taken against the COVID-19, by wearing masks and keeping social distance," the ministry said from its official Twitter account.

Turkey and Russia, which back opposing sides in the Syrian war, agreed on March 5 to halt military activity in the northwestern Idlib region after an escalation of violence displaced nearly a million people and brought the two sides close to confrontation. The deal addresses Turkey's main concerns, stopping a flow of refugees and preventing the death of more Turkish soldiers on the ground.

As part of the agreement, Turkish and Russian forces will carry out joint patrols along the M4 highway linking Syria's east and west and establish a security corridor on either side of it.