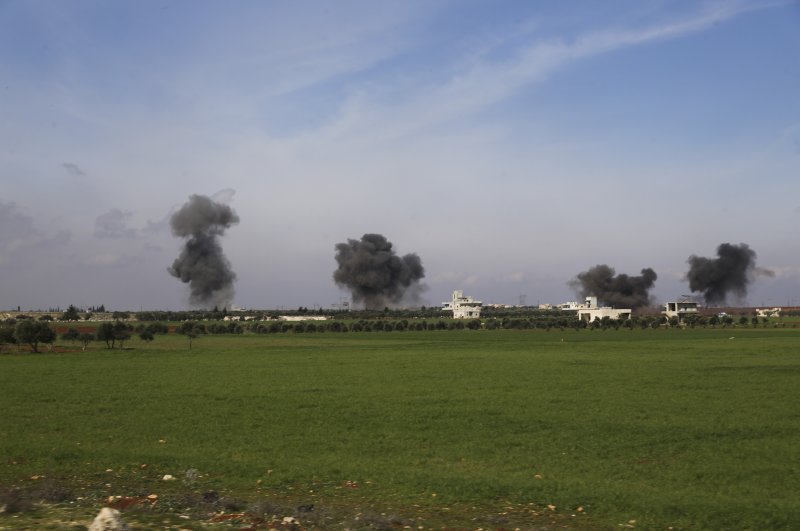 A Turkish soldier was killed, two others were injured Friday in artillery fire by the Bashar Assad regime in northwestern Syria's Idlib, Defense Ministry said.

The ministry said the Turkish military continued to strike regime targets in the area.

The strikes took place in the area between the towns of Maarat al-Numan and Saraqib on the strategic M5 highway in Idlib province, the Syrian Observatory for Human Rights said.

The M5 forms the backbone of Syria's highways, connecting economic hub Aleppo to central cities of Hama and Homs, the capital Damascus and to the Jordanian border further south. The observatory said Turkish artillery also targeted the same area.

The Turkish Armed Forces (TSK) have been hitting the Assad regime targets across Syria following regime airstrikes that killed 33 Turkish troops in Idlib on Thursday.

The attack Thursday marked the deadliest day for the Turkish military since Ankara first entered the Syrian conflict in 2016. It was also the most serious escalation between Turkish and Russian-backed Syrian forces.