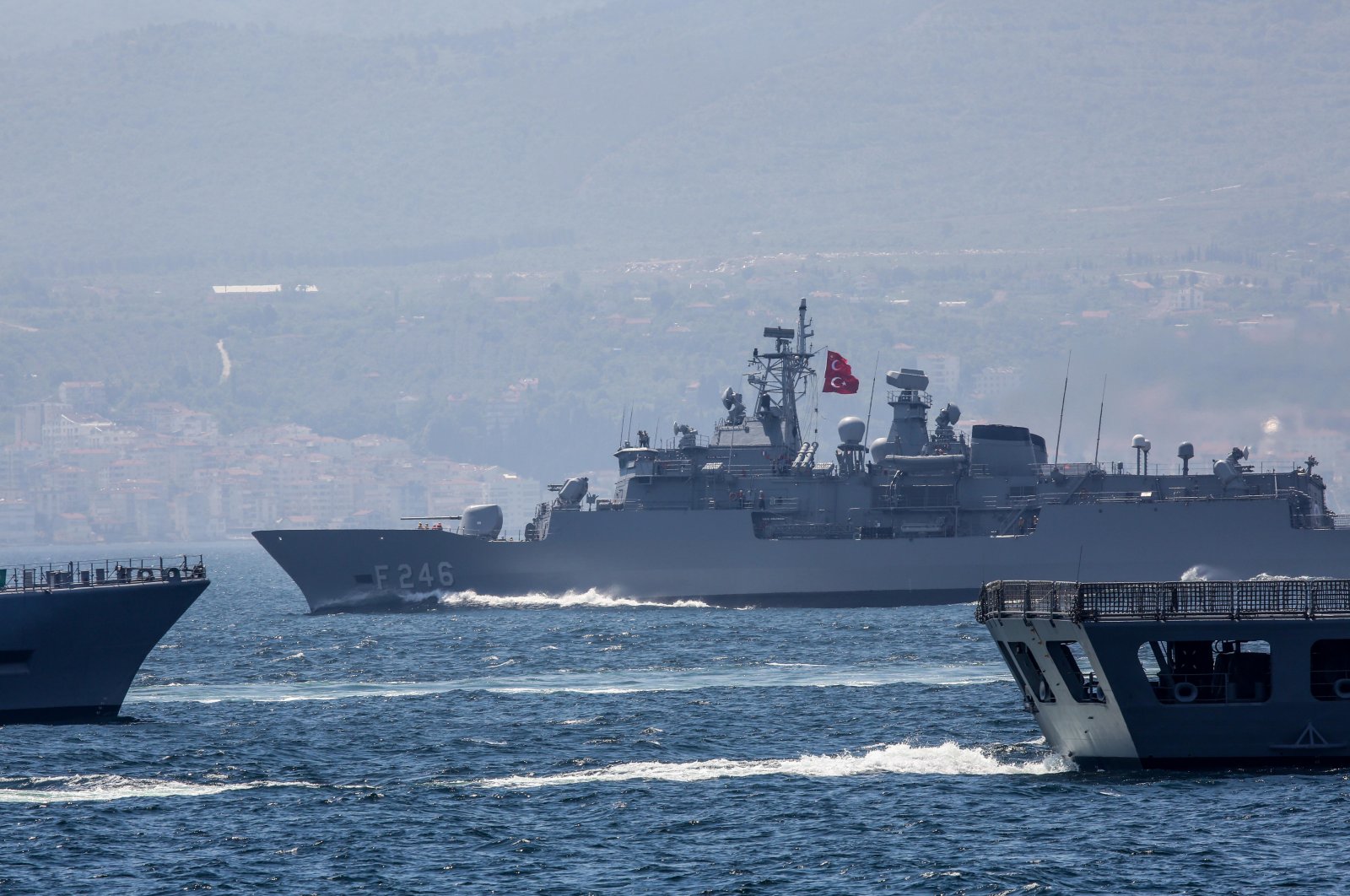 Turkish Navy holds a drill in the Eastern Mediterranean on May 4, 2019 (Sabah File Photo)
by daily sabah Apr 27, 2020 11:15 am
Edited By Gabriela Garver
RECOMMENDED

The exercise called “the Mediterranean Shield” had already become an international drill with the participation of Pakistani and Jordanian navies and Turkey aims to expand the scope of the operation with more countries, including Algeria, Georgia, Albania, Azerbaijan, Libya, Lebanon and Tunisia joining, Yeni Şafak daily reported.

According to the report, the Turkish Defense Ministry has been carrying out work in this regard, and Minister Hulusi Akar held a phone conversation with his Tunisian counterpart Imed Hazgui to discuss this on Tuesday.

Turkey initially launched talks with nine countries two years ago, with the goal of expanding the operation at an international level.

Participants will contribute by information sharing and other means of assistance to enhance cooperation in the Eastern Mediterranean to secure peace in the region.

In November 2019, the drill involved 40 countries, including Azerbaijan, Brazil, Georgia, Italy, Kuwait, Lebanon and Qatar. Frigates and other naval crafts from Pakistan, Bulgaria, Romania, the U.S. and Jordan also participated in the drill.

Pakistan was a prominent participant, contributing the PNS Alamgir (F260), an Oliver Hazard Perry-class frigate, as well as a maritime patrol aircraft and a naval special forces team.

On Nov. 11, the Turkish Defense Ministry announced on Twitter that the exercise represented the "largest ever in terms of the number of participants," adding: "The 2019 Eastern Mediterranean Exercise is ongoing, with the participation of almost 4,700 personnel and 48 ships from 15 nations.”
Turkey has given weight to naval exercises in the Eastern Mediterranean, especially given the Greek Cypriot administration's unilateral attempts to drill in the region and accommodate a total of 13 would-be parcels within its Exclusive Economic Zone (EEZ), inviting international oil and drilling companies to operate in these areas, which are anticipated to hold rich hydrocarbon reserves.

As a guarantor state to the island of Cyprus, Ankara has consistently asserted the rights of the Turkish Republic of Northern Cyprus (TRNC) to resources in the area.

Turkey is looking to expand its naval drills in order to boost its presence in the Black Sea, Aegean Sea and the Mediterranean Sea.