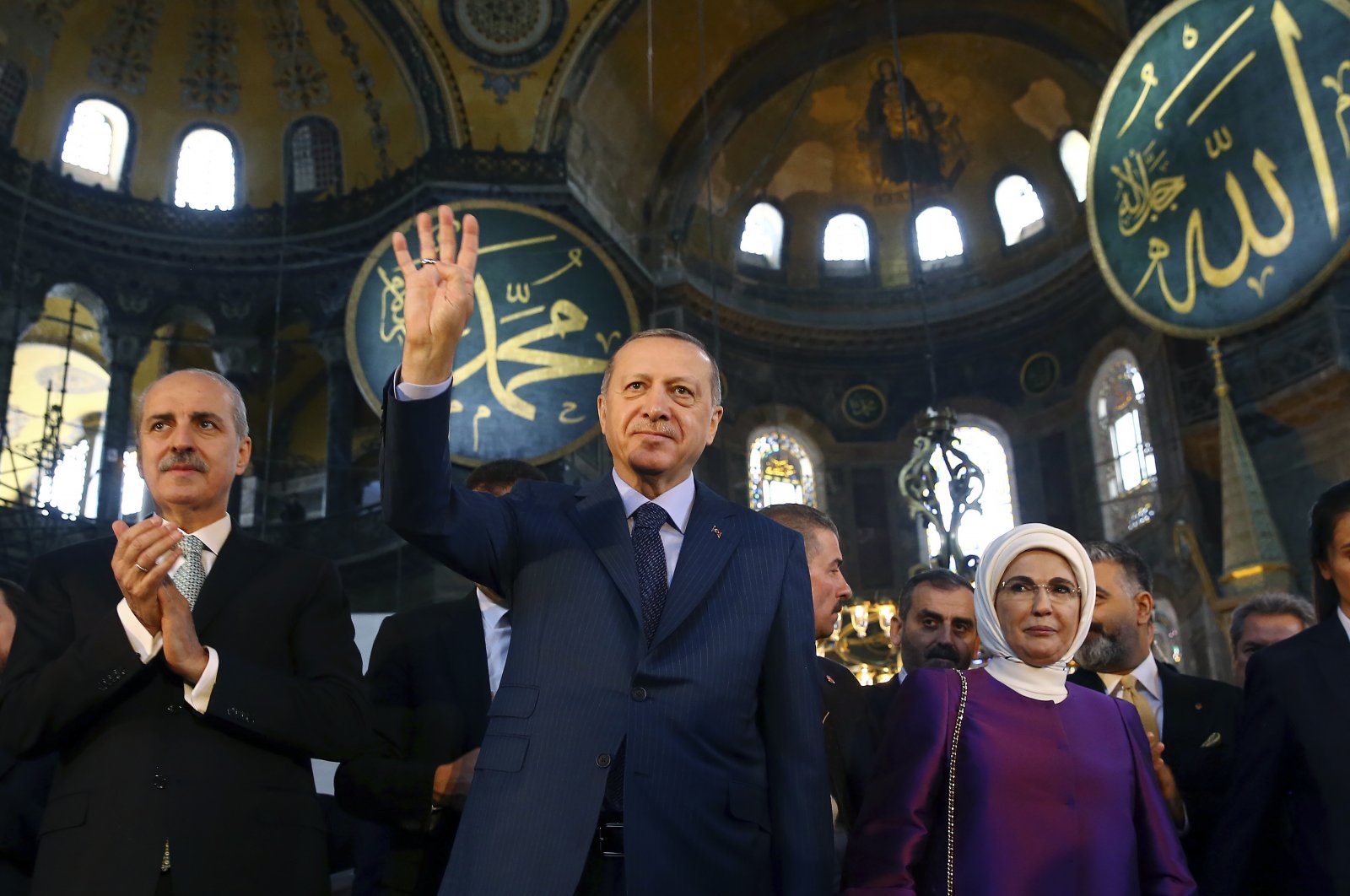 President Recep Tayyip Erdoğan accompanied by his wife Emine Erdoğan waves to supporters as he walks in the Hagia Sophia in the historic Sultanahmet district of Istanbul, March 31, 2018. (AP Photo)
by Anadolu Agency Jul 03, 2020 5:47 pm

President Recep Tayyip Erdoğan said Friday that accusations being made against the country regarding the Hagia Sophia directly target its sovereignty.

Speaking at a ceremony held to launch the construction of a mosque in Istanbul, Erdoğan said that Turkey would always protect the rights of Muslims and minorities living in the country.

A Turkish court is about to announce its verdict on whether to revert the 6th-century structure into a mosque.

The Hagia Sophia functioned as a church for 916 years. In 1453, it was converted into a mosque by Ottoman Sultan Mehmet II following the conquest of Istanbul.

Following restoration work launched during the Ottoman era and the adding of minarets by architect Mimar Sinan, the Hagia Sophia became one of the most significant architectural wonders. With the establishment of the Turkish Republic, it subsequently became a museum.

There has been criticism over the move in some circles, with U.S. Secretary of State Mike Pompeo issuing a statement on Wednesday urging the Turkish government to keep its status as a museum.

Ankara has maintained that the possible conversion of Hagia Sophia to a mosque is a domestic affair.

The president noted that there were 435 churches and synagogues in Turkey where Christian and Jews can pray, pointing out that there were thousands of historical places of worship belonging to different periods and civilizations, most notably Göbeklitepe, which is considered the first temple established by humanity.