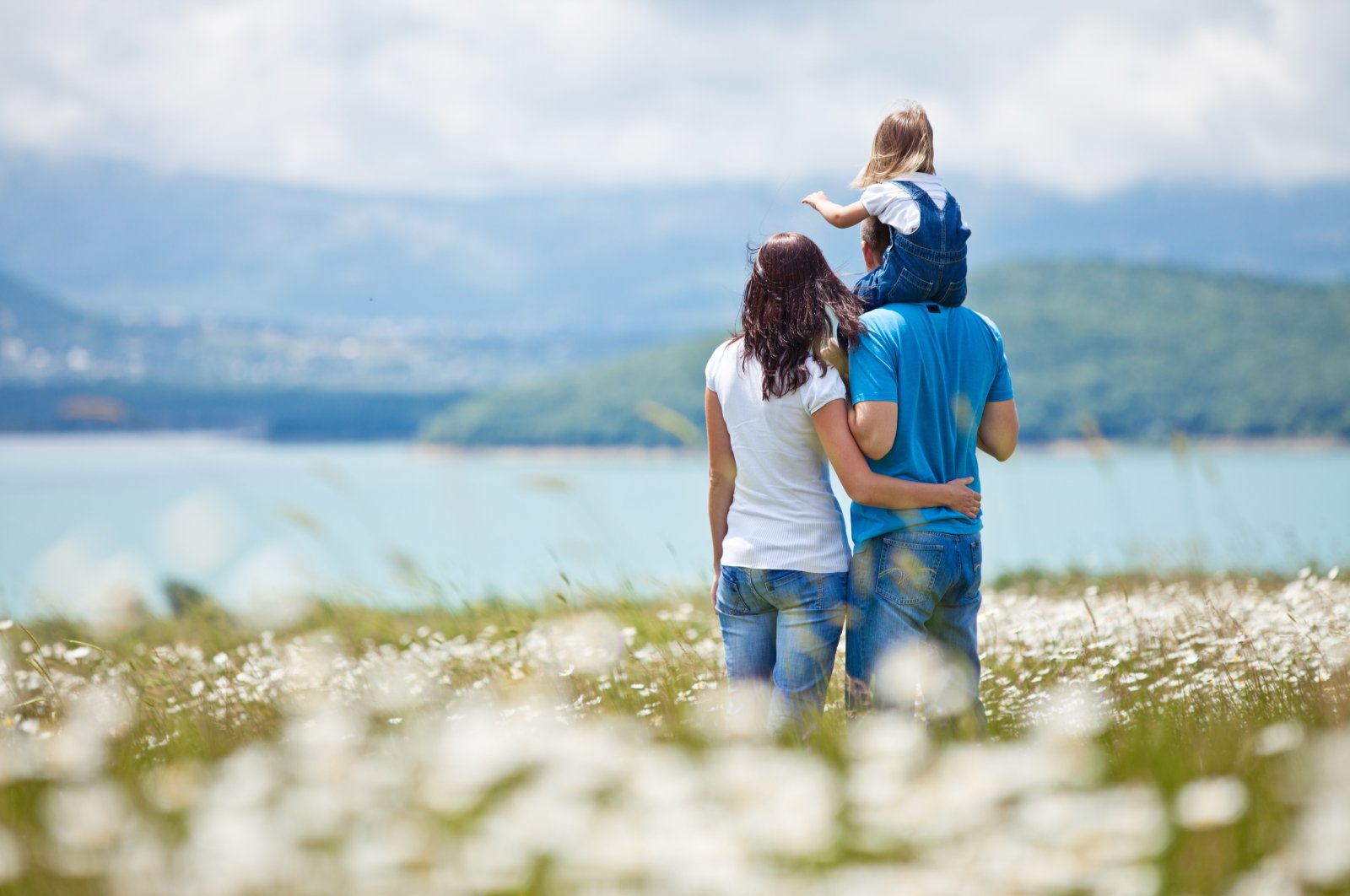 A family standing in front of a lake watches nature (Shutterstock Photo)
by DAILY SABAH Aug 25, 2020 11:35 am
Edited By Nurbanu Tanrıkulu Kızıl
RECOMMENDED

Family Research Centers will be established in universities to find solutions for intrafamily problems, raise awareness on the importance of preserving the family structure and address issues regarding Turkey's youth, the Turkish daily Türkiye reported.

New projects are also expected to be created to maintain the importance of the family structure in the country and properly inform individuals about it, the report said, adding that experts and law students will have a role in the research centers.

The head of AK Party’s women’s branch, Lütfiye Selva Çam, noted that there are numerous women’s research centers in the country, and they believed establishing similar centers focusing on the family structure would strengthen both society and families.

Çam also noted that the party has carried out work to determine how many of the pledged projects for women have been carried out by the AK Party since it came to power in 2002. A report is expected to be presented to President Recep Tayyip Erdoğan after work is complete, she added.

Preserving family structure is prioritized in Turkey, and President Erdoğan frequently encourages families to have at least three children.

However, the average family size in the country decreased from 3.69 people in 2012 to 3.35 in 2019, according to the Turkish Statistical Institute (TurkStat).

The rate of single-individual households increased from 13.9% to 16.9%, an unsurprising uptick as the construction sector is booming and most cities are seeing more and more flats and studio apartments.