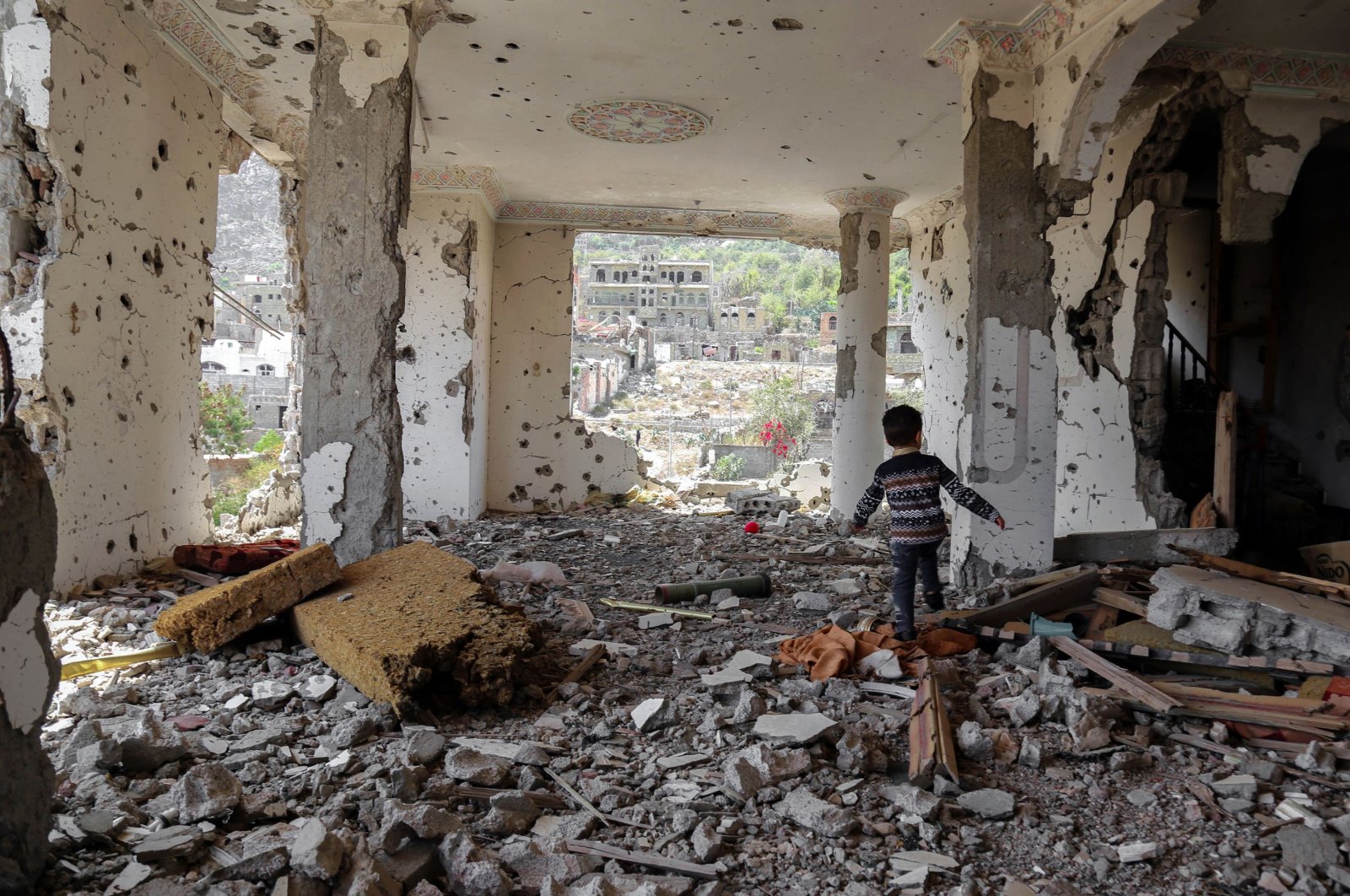 The U.N. Security Council, tasked with protecting civilians, has been focused on the opposite by fueling conflicts and increasing the suffering of civilians across the globe

The United Nations Security Council must live up to its decades-old pledge to minimize civilian suffering caused by war, Amnesty International said on Wednesday ahead of the council’s open debate on the protection of civilians in armed conflict.

Saying that this year marks 21 years since the Security Council promised to protect civilians caught up in armed conflict, the head of Amnesty International’s U.N. office stated, “But any cursory scan of wars around the world shows that council members have little to be proud of in that time.”

“Far from being able to prevent civilian suffering, the five permanent members of the council have played a part in causing it. Some indiscriminately bomb hospitals, schools and homes, while others are in denial about their role in killing thousands of civilians, or provide other countries with arms that get used in war crimes and fuel the world’s worst humanitarian crises,” Sherine Tadros stressed.

The rights organization has documented in the past year how civilians bear the brunt of suffering in conflicts around the world, with groups such as older people, people with disabilities, women and children facing specific risks. Tens of thousands of civilians have been killed and more than 70 million are currently displaced by conflict – a record high since World War II, Amnesty said.

“Even a planet-wide emergency like the COVID-19 pandemic has failed to galvanize the Security Council’s efforts to protect civilians,” Amnesty said, criticizing the permanent members.

UN Security Council can and should do more

The U.N. Security Council can and should do much more, the rights group said, adding that council members should use an upcoming vote in July to ensure cross-border humanitarian aid can continue into northwest Syria.

Similarly, the Human Rights Watch on April 29 said that restrictions on aid deliveries by the Bashar Assad regime are preventing medical supplies and personnel needed to prevent, contain and treat COVID-19 from reaching 2 million people in northeast Syria, an area not under the control of the regime.

Until January, the U.N. Security Council allowed U.N. agencies to transport aid through a border crossing, from Rabia, in Iraq, to al-Yarubiyah, in northeast Syria. It was mainly used by the World Health Organization (WHO) to supply the region with medical aid.

Al-Yarubiyah is one of four border crossings the U.N. Security Council authorized in a 2014 resolution, which has allowed the U.N. and other aid agencies to deliver supplies to Syria's northeast through Iraq, to its northwest through Turkey and to its south through Jordan, the statement elaborated.

Yet due to Russia’s threat to veto the mandate, on Jan. 10, the Security Council officially removed al-Yarubiyah and Ramtha, a crossing point on the Jordan-Syria border, from the list of authorized border crossings, halting all U.N. cross-border aid into northeastern and southern Syria.

Russia has argued that al-Yarubiyah is no longer necessary as areas serviced by it are now under Syrian government control and could be supplied from Damascus. But the original WHO memo, seen by Human Rights Watch, made clear that aid organized from Damascus “will not be sufficient to support an effective response to COVID-19.” This sentiment was echoed on April 29 by the U.N. humanitarian chief Mark Lowcock.

All states must face consequences

Amnesty further underlined that the Security Council must ensure that all states are called out and face consequences, without fear or favor, when they put civilian lives at risk in war. “All states are bound by the laws of war, but Security Council members and their allies continue to commit or be complicit in violations.”

Accordingly, these violations include Russian forces carrying out war crimes and bolstering Syria’s campaign of crimes against humanity and the U.K. and France hiding behind the U.S.-led coalition to downplay their role in more than 1,600 civilian deaths in Syria’s Raqqa province and elsewhere in Syria and Iraq.

In a previous report by Amnesty published earlier this month, the human rights organization pointed out that between May 2019 and February 2020, Russia and the Assad regime in the northwest of the war-torn country conducted 18 air and ground attacks on schools and hospitals. Currently, after almost a decade of war in Syria, around 50% of the country’s health infrastructure is out of service at a time when the vulnerable people need them most against the danger of COVID-19.

The report referenced five medical clinics that were forced to close down after being attacked. In two of the attacks, the report says, regime troops used the method of barrel bombing, which is internationally banned.

Amnesty said the attacks were "serious violations of international humanitarian law," war crimes and crimes against humanity. It said the majority occurred in January and February 2020, during the latest onslaught which from December has killed around 500 civilians and displaced almost a million people.

Nearly a million people have been displaced in a three-month Russian-backed offensive by Syrian regime forces in northwestern Syria, with the U.N. describing it as the worst humanitarian emergency since the start of the Syrian civil war in 2011.

Among the documented attacks were Russian airstrikes near a hospital in the town of Ariha on Jan. 29 that flattened at least two residential buildings and killed 11 civilians, it said.

Amnesty also blamed the Syrian regime for an attack on a school using internationally banned cluster munitions that killed three people in Idlib city on Feb. 25.

Speaking on the open debate, U.N. Secretary-General Antonio Guterres stated that as the COVID-19 pandemic rages on, those that are already weakened by years of armed conflict are particularly vulnerable.

Guterres reminded that he called for a global cease-fire in March to facilitate a stronger response to the pandemic while transferring humanitarian aid to the most vulnerable.

“I am encouraged by expressions of support,” the U.N. chief said, “However, this support has not been translated into concrete action. In some cases, the pandemic may even create incentives for warring parties to press their advantage, or to strike hard while international attention is focused elsewhere.”

According to the U.N., more than 20,000 civilians were killed or injured in just 10 conflicts: Afghanistan, Central African Republic, Iraq, Libya, Nigeria, Somalia, South Sudan, Syria, Ukraine and Yemen. This figure, which only includes incidents verified by the U.N., is just a fraction of the total.

The U.N. chief also highlighted the situation in Libya as one of the armed conflicts that need addressing.

According to U.N. numbers, as of April 21, more than 850 reported breaches of the January cease-fire had been recorded, including an unprecedented increase in indirect fire observed in urban areas, resulting in civilian casualties, damage to civilian infrastructure and disruption of commercial air operations. From Jan. 1 to March 31, there were at least 131 casualties in Libya, including at least 64 civilians.

Furthermore, since April 2019, more than 200,000 persons have been forced to leave their homes in and around Tripoli owing to armed conflict.

Although prevention and preparedness measures against the COVID-19 pandemic were introduced by authorities, Libya remains at extremely high risk. Forces loyal to putschist Gen. Khalifa Haftar have several times targeted medical facilities, disregarding the people’s need for them in the time of the pandemic.

So far this year, 12 reported attacks have impacted seven health facilities in Libya, while in 2019, 62 attacks damaged 19 health facilities throughout the country, acts that could be defined as war crimes according to the U.N.

Nearly 345,000 civilians remain in frontline areas in Libya, with an additional 749,000 persons estimated to be residing in areas affected by clashes.

The legitimate government of Libya has been under attack by Haftar's forces since April 2019. His illegal forces in eastern Libya have launched several attacks to capture the capital Tripoli with more than 1,000 killed in the violence.