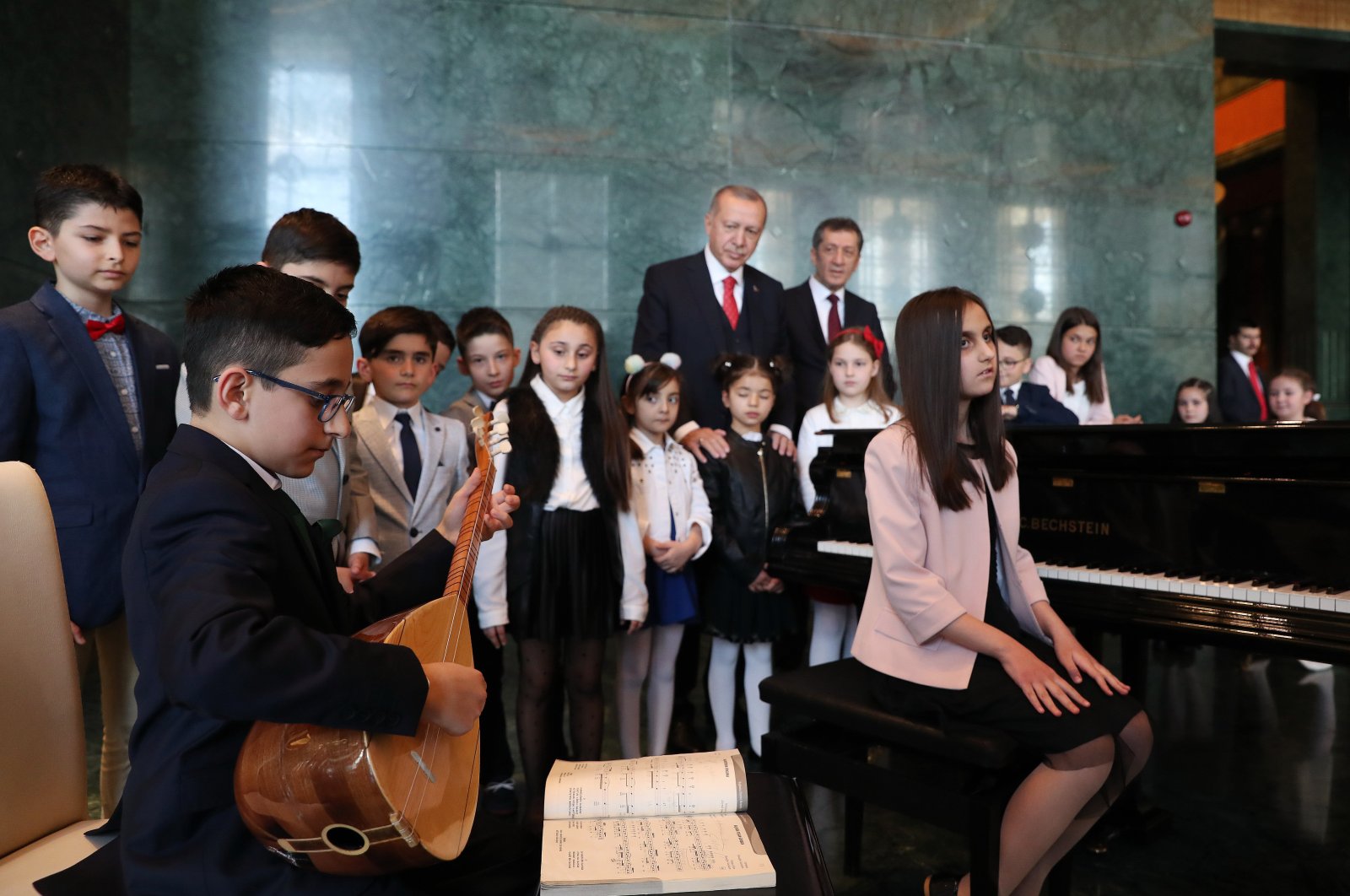 Although regular celebrations for the April 23 National Sovereignty and Children's Day have been canceled in light of the ongoing coronavirus, Turkey is determined to mark its century-old tradition by adjusting the festivities to the new pandemic measures.

2020 marks the 100th year of the opening of the Turkish Grand National Assembly on April 23, 1920, a date that was subsequently incorporated into Children's Day, a unique occasion where the children of the nation and from around the world come together for a series of fun events.

Due to the outbreak, traditional celebrations will this year be replaced with those ones conducted from home under the leadership of President Recep Tayyip Erdoğan. Erdoğan will recite the Turkish National Anthem from his home joined by citizens who will sing along from their balconies. The anthem will be played at 9 p.m., the hour that medical staff have been celebrated every night for their frontline role in the battle against the COVID-19 pandemic. The president, who is currently staying in Istanbul, will not attend celebrations at Parliament in Ankara due to travel restrictions put in place. His recital of the anthem will also be aired on television.

Meanwhile, ceremonies are set to be held at Parliament, as well as the mausoleum of Turkey's founder Mustafa Kemal Atatürk and the former parliamentary building, all of which will be conducted with a minimum number of participants wearing masks, in line with anti-pandemic measures. Similarly, Parliament Speaker Mustafa Şentop will also not be able to accept greetings at this year's ceremony.

The first ceremony will be at the Grand National Assembly (TBMM), which is on a break until May 15 because of the coronavirus, followed by a visit to Anıtkabir by the state authorities. The ceremonies will conclude at the old parliament building, following the traditional progression of the commemorations. Since this will be an extraordinary parliamentary session, the parties with representation in Parliament will each have 10 minutes to speak over the importance of the day without permission to speak on other topics. The traditional evening reception of the assembly will not be held.

Traditionally, children's events and festivals are launched across the country, while many businesses offer special discounts on toys and other products for children to honor the occasion, which has transformed into a weeklong event over the years. Every grade school across the country organizes festivities with students performing plays and dances, while parents are given a half-day off. Children's Day is also an occasion for children to temporarily take over seats normally occupied by adults.

The date, originally calendared as National Sovereignty Day, has also been celebrated as Children's Day since 1935 – although according to historians, its roots go back further. It was first observed unofficially in 1925 as a children's day announced by a children's charity endorsed by Atatürk, who subsequently declared it official.

Atatürk, who had no biological children, was a foster father to a number of children and is known for his good relations with them. Atatürk allocated a farm in Ankara, as well as a number of public buildings, for the first large-scale celebrations of the day in 1927. "I dedicated this day to showing respect to children – respecting them as equals and respecting the future of the nation," Atatürk was quoted as saying at the time.