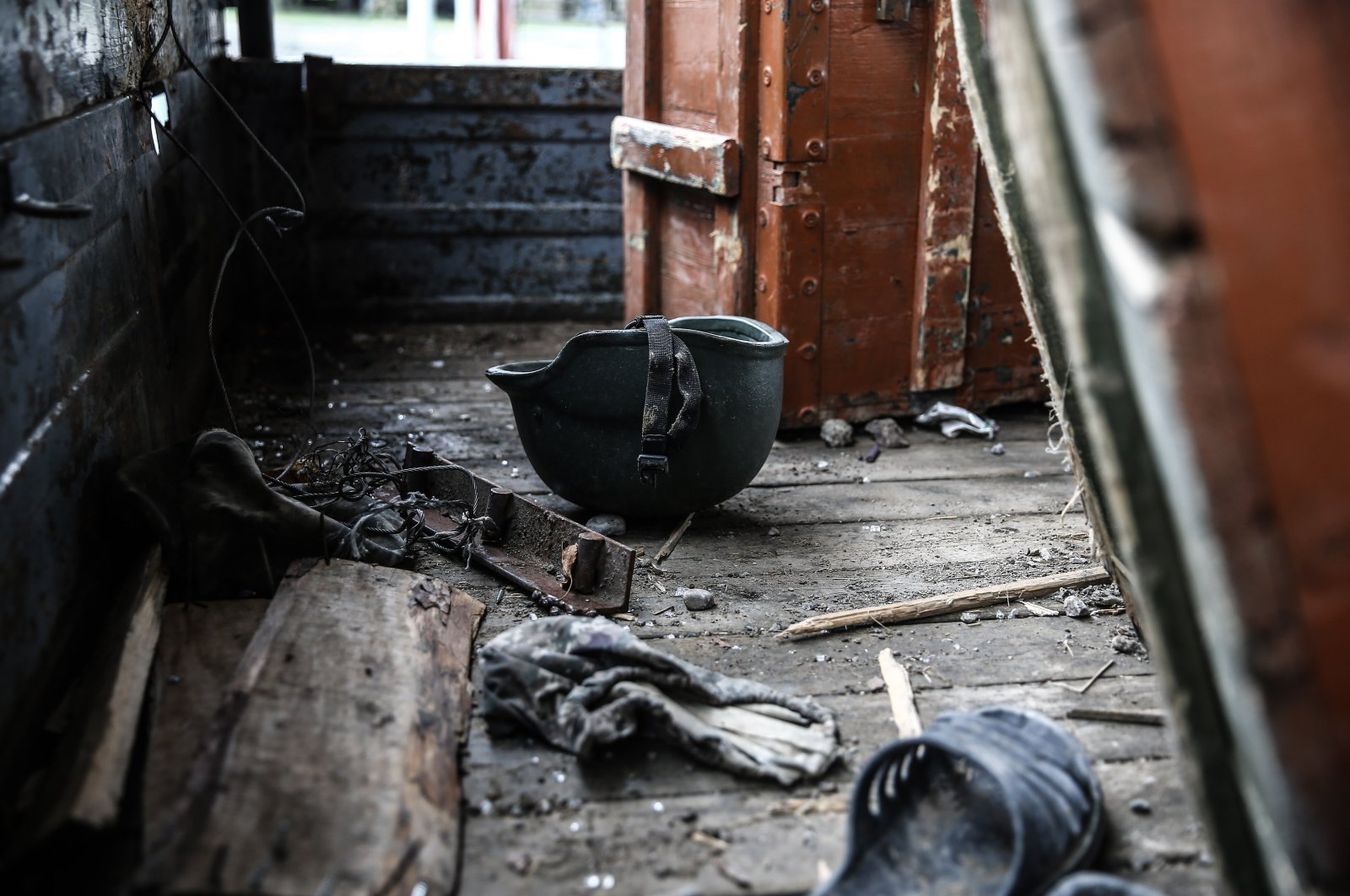 A day after the U.N.'s rights chief warned that attacks on civilians may amount to possible war crimes, Armenia attacked a school as clashes between Baku and Yerevan drag on

Armenia has continued its attacks on civilian settlements, actions that could amount to war crimes according to the United Nations, as the Azerbaijani army continues to inflict losses on Yerevan, forcing them to retreat.

Armenia attacked a school in Azerbaijan's Aghdam district on Tuesday, an Azerbaijani Foreign Ministry spokesperson has confirmed, pointing to Yerevan's persistent targeting of civilians despite the cease-fire.

"School building in Mahrizli village of #Aghdam district of #Azerbaijan heavily shelled by armed forces of #Armenia. And it happened after FM of Armenia committed recently not to target civilians & non-military objects in #Geneva," said Leyla Abdullayeva on her official Twitter account.

She also used the hashtags #StopArmenianAggression and #StopTargetingCivilians in her tweet.

Earlier Tuesday, it was reported by the Ihlas News Agency (IHA) that Armenia also targeted civilian settlements in Tartar, causing major damage in the region as civilians took shelter in bunkers.

Sakit Orucov, whose house was hit by an Armenian missile, said he saw multiple missiles when he was sitting on the street.

"What can we do? Where can we escape? I sent my family to the neighboring village. They are all in there. During the days, we come here, during the nights, we go and stay in the bunkers," Orucov said, adding that he puts his trust in the Azerbaijani army.

"As long as our army is here, what can they do to us?" he asked.

"The parties in the conflict are obliged to effectively, promptly, thoroughly and impartially investigate such violations and prosecute those alleged to have committed them," said United Nations High Commissioner for Human Rights Michelle Bachelet.

Bachelet said the indiscriminate attacks on densely populated areas in and around the Nagorno-Karabakh conflict zone are against international humanitarian law.

"The combat operations continued mainly in the direction of Aghdara, Khojavend, Zangilan and Gubadli," the ministry statement added.

Armenian forces were "forced to retreat with casualties in personnel and military vehicles in some areas of the front," the statement read.

"During the day and nighttime, a large number of enemy troops, four BM-21 'Grad' MLRS, one KUB air defense missile system, nine different types of howitzers and two trucks loaded with ammunition were destroyed and wrecked," it added.

"At present, our troops are monitoring the operational situation," the ministry said.

About 20% of Azerbaijan's territory, including Nagorno-Karabakh and seven other regions, has been under illegal Armenian occupation for nearly three decades.

Meanwhile, Russia is considering an Iranian proposal for ending the conflict after three cease-fires failed to halt fighting. Interfax news agency on Tuesday quoted deputy Russian foreign minister Andrei Rudenko as saying Iran's proposal was made by deputy foreign minister Abbas Abaqchi during a visit to Moscow last week but gave no details.

Russian news agencies reported last week that Iran had proposed a leading role in peace negotiations for countries in the region. Russia, it said, would be one of these countries.

Negotiations have for decades been led by Russia, France and the United States in their roles as co-chairs of a panel known as the Minsk Group of the Organization for Security and Co-operation in Europe (OSCE), a security and rights watchdog, yet remained without concrete result.

"The information spread by the Armenian side that they pushed Azerbaijani army units in the southern part of the front back to the previous positions is completely false," the Azerbaijani ministry said in a separate statement.

"The Azerbaijan army has complete tactical and firing superiority over the enemy in all areas of the front."

"The information spread by the Armenian media that the Azerbaijan army allegedly fired at civilians again in the Shusha and Khojavend cities this morning is false. Azerbaijan army does not open fire at the civilians and nonmilitary infrastructure," read a statement.