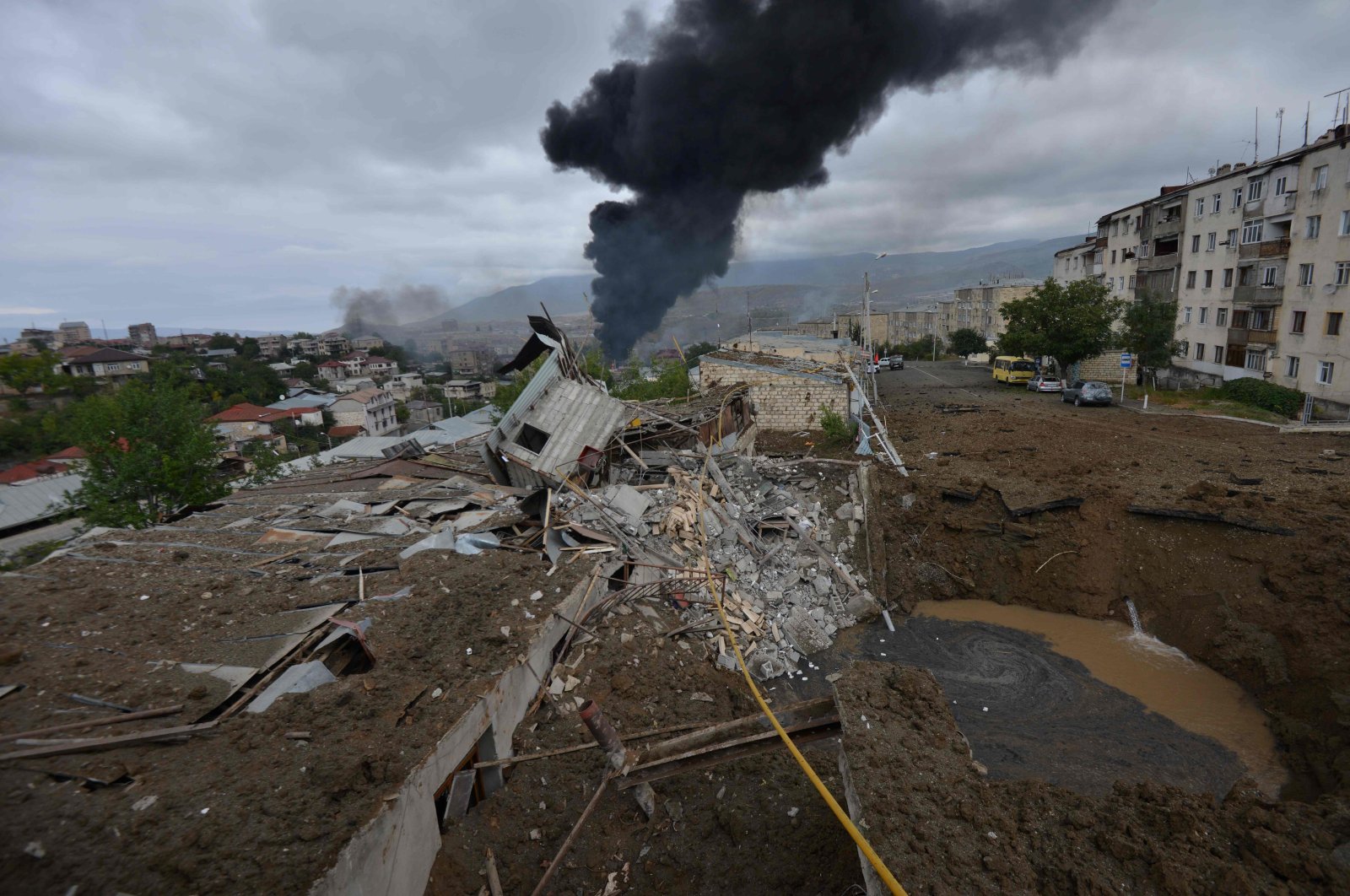 A view shows aftermath of recent shelling during the ongoing fighting between Armenia and Azerbaijan over the breakaway Nagorno-Karabakh region, in the disputed region's main city of Stepanakert on October 4, 2020. (AFP Photo)
by Daily Sabah with Agencies Oct 04, 2020 9:20 pm

The industrial city plays a key role in the area, due to its reservoir and key power plant.

Azerbaijan's Defense Ministry confirmed a rocket fire against the cities of Mingachevir and Terter, reporting that people had been wounded.

There were no reports of an attack from the Azerbaijani side.