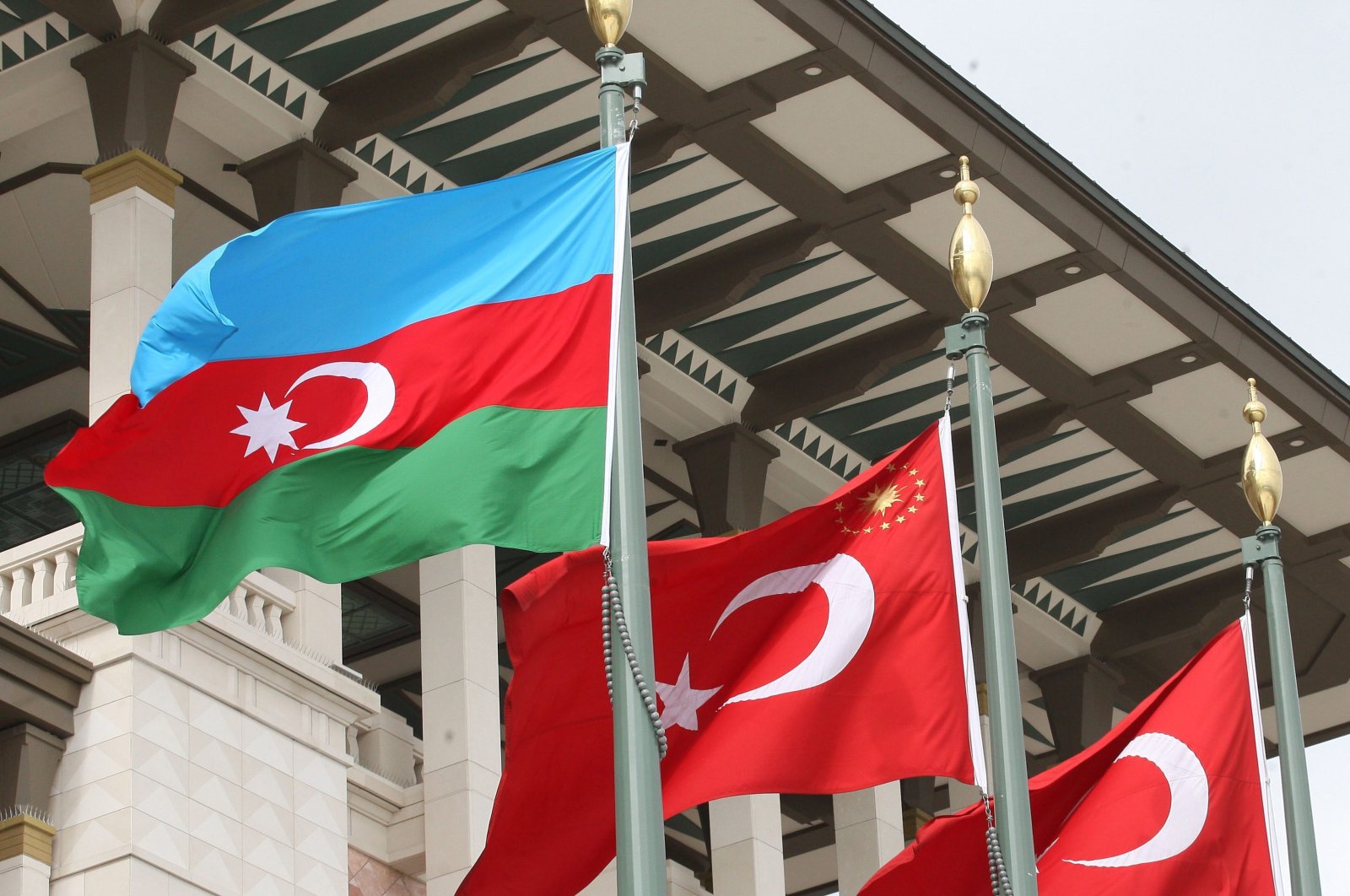 As renewed clashes ignite between neighbors Azerbaijan and Armenia, who are locked in a decadeslong territorial dispute that frequently erupts in deadly fighting, Turkey has vowed to support Baku

Turkey's Foreign Ministry on Thursday heavily criticized Armenia's attacks on Azerbaijan and its smear campaign against Ankara by pointing out that the South Caucasus nation has been the main obstacle to permanent peace and stability in the region.

"This hypocritical attitude of Armenia, which has maintained an illegitimate occupation in the territory of Azerbaijan for many years, clearly and obviously reveals who is the main obstacle to the establishment of permanent peace and stability in the South Caucasus," it said in a written statement.

Clashes erupted again on Thursday between Azerbaijan and Armenia following a daylong lull along their shared border, dashing hopes of a rapid de-escalation in a crisis that has raised fears of a major flare-up.

The renewed fighting came after a short pause was observed Wednesday between the two sides. Skirmishes on the volatile border began Sunday, killing at least 16 people by Tuesday. At least seven Azerbaijani military personnel, including a general and a colonel, were killed in fresh border clashes with Armenia in the northwestern Tovuz region Tuesday.

On Monday Azerbaijan’s ministry of defense said Armenian positions had been destroyed by Azerbaijani troops in the area on the Azerbaijan-Armenia border on Monday morning after three of their soldiers were killed and four were wounded in clashes Sunday.

“Armenia is now in deep water after attacking Azerbaijan,” National Defense Minister Hulusi Akar said Thursday after receiving Deputy Defense Minister Ramiz Tahirov, who is also the commander of Azerbaijan's air forces. “They will hoist with their own petard, and they will pay for their crimes.”

Several high-level announcements came from Turkey following the attack, as Ankara reiterated that it stands with Baku in these difficult times and warned Armenia to respect Azerbaijan's territorial integrity. Ankara voiced concern over the tension that has been ongoing since the invasion of Nagorno-Karabakh, which turned into conflict with Armenia's "reckless and systematic attacks."

Azerbaijani President Ilham Aliyev on Wednesday thanked Turkey for its full support and solidarity regarding Nagorno-Karabakh, as he said his country will not take a step back in the face of flagrant aggression by the Armenian military.

“Armenian forces have not been able to step a foot on Azerbaijani land, and they will never be able to,” Aliyev said, adding that his military could have taken control over a large area of Armenia if it wanted to, but they never had such ambitions.

The Azerbaijani president continued by saying that his people are sick and tired of pointless negotiations on Nagorno-Karabakh.

“Our people’s patience is running low. We’ve formed a strong army and will not take a step back regarding Nagorno-Karabakh. Azerbaijan’s territorial integrity must be facilitated, and we are determined to ensure it,” Aliyev said.

Expressing his thanks to Turkey, the Turkish people and President Recep Tayyip Erdoğan, Aliyev said the whole world has once again seen the fraternity between the Turkish and Azerbaijani people.

Meanwhile, Foreign Minister Elmar Memmedyarov, who was accused by the president of not responding adequately when clashes began at the border, resigned Thursday. According to a presidential decree, former education minister Jeikhun Bayramov was appointed to the post.

The current skirmishes appear to be the most serious spike in hostilities since 2016, when scores were killed in four days of fighting.

The Turkish Foreign Ministry added that Armenia's slanderous foreign policy is not beneficial to anyone.

"This approach is a manifestation of a mentality that creates its identity only from a unilateral understanding of history and tries to justify its unlawful aggression," it said, noting that the faulty attitude of Armenia that triggers aggressive nationalism is sad but not surprising.

The ministry continued to state that Armenian authorities should act wisely and learn as soon as possible to be part of solutions instead of problems in the South Caucasus.

After the clash, in a televised live interview with public broadcaster TRT on Monday, Foreign Minister Mevlüt Çavuşoğlu strongly condemned the deadly attack by Armenian armed forces on Azerbaijani troops, calling on Armenia to "pull its head together." Presidential Spokesperson Ibrahim Kalın also condemned the aggression in a tweet on the same day.

President Recep Tayyip Erdoğan also said that Turkey will not hesitate to stand against any kind of attack targeting Azerbaijan.

Turkey has frequently stressed that the dispute needs to be resolved within the framework of international law and Azerbaijan's sovereignty and territorial integrity.

Similarly, the U.S. and Russia, which co-chair the Minsk group of the Organization for Security and Co-operation in Europe (OSCE) that has tried to negotiate a settlement of the Nagorno-Karabakh conflict, condemned the violence and called for restraint.

Three U.N. Security Council resolutions and U.N. General Assembly resolutions refer to Nagorno-Karabakh as being part of Azerbaijan. The Parliamentary Assembly of the Council of Europe refers to the region as being occupied by Armenian forces.