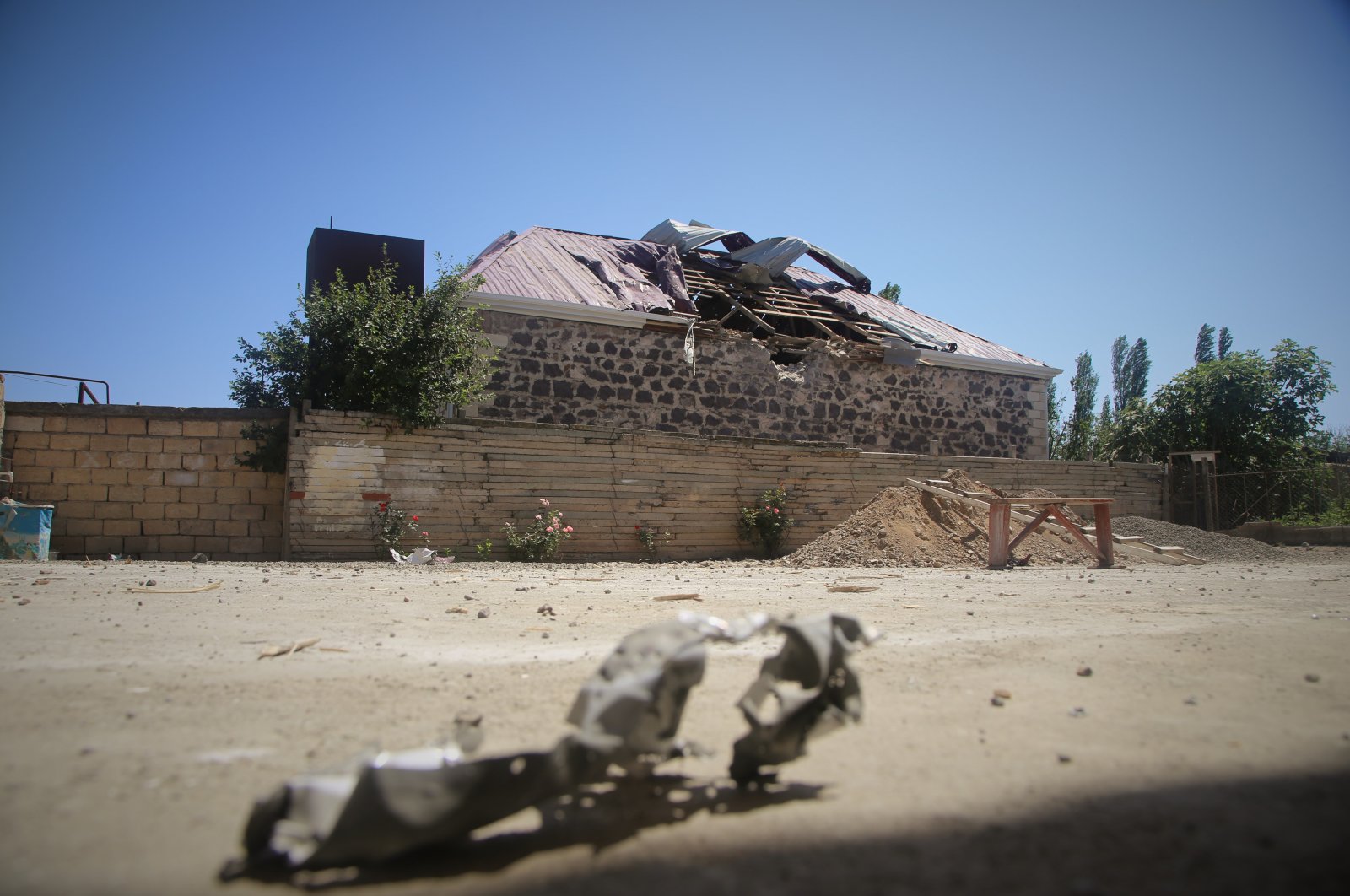 Parliament member Ganira Pashayeva told Anadolu Agency (AA) that the only road connecting Azerbaijan with the West through Georgia passed through the country's Tovuz district, where Armenian forces violated a cease-fire with Azerbaijan last Sunday, martyring 12 soldiers, including high-ranking officers, and one civilian, besides wounding four other troops.

"If Armenia captures strategic points, with only one main road that connects Azerbaijan and Turkey, the two countries joint energy and transportation lines may be shot at any moment by their armed forces. This is one of the aims of occupant Armenia in targeting Tovuz," Pashayeva said.

Noting also that Armenia opened fire on civilian settlements, she said Yerevan sought to sow panic in the region.

"But, the people did not leave their homes. Their attack on civilians will cost Armenia dearly."

Despite international calls for restraint, Armenian troops also opened fire on residential areas in the villages of Agdam and Dondar Kuscu. A 76-year-old Azerbaijani man lost his life in the attacks by Armenia, which Baku has accused of hiding losses.

Pashayeva underlined that Baku expects a "harsh reaction" from the world and international organizations on Armenia's attacks.

"An international organization that has not reacted to this issue will have revealed its true face. International human rights organizations should notice the rights of these people," she said.

Pashayeva stressed that human rights groups that had advocated attacks by terrorists and coup plotters in Turkey in the defeated July 15, 2016 coup attempt also do not respond to the attacks on civilians in Azerbaijan.

The defeated coup attempt in Turkey left 251 people martyred and nearly 2,200 injured. Ankara accuses the Gülenist Terrorist Organization (FETÖ) of being behind a long-running campaign to overthrow the legitimate state apparatus through infiltrations into Turkish institutions, particularly the military, police and judiciary.

Pashayeva also highlighted that the situation in the region was under the control of the Azerbaijani army.

The Armenian military had since 1991 illegally occupied the Nagorno-Karabakh region, an internationally recognized territory of Azerbaijan.

Four U.N. Security Council and two U.N. General Assembly resolutions, as well as decisions by many international organizations, refer to this fact and demand the withdrawal of the occupational Armenian forces from Nagorno-Karabakh and seven other occupied regions of Azerbaijan.