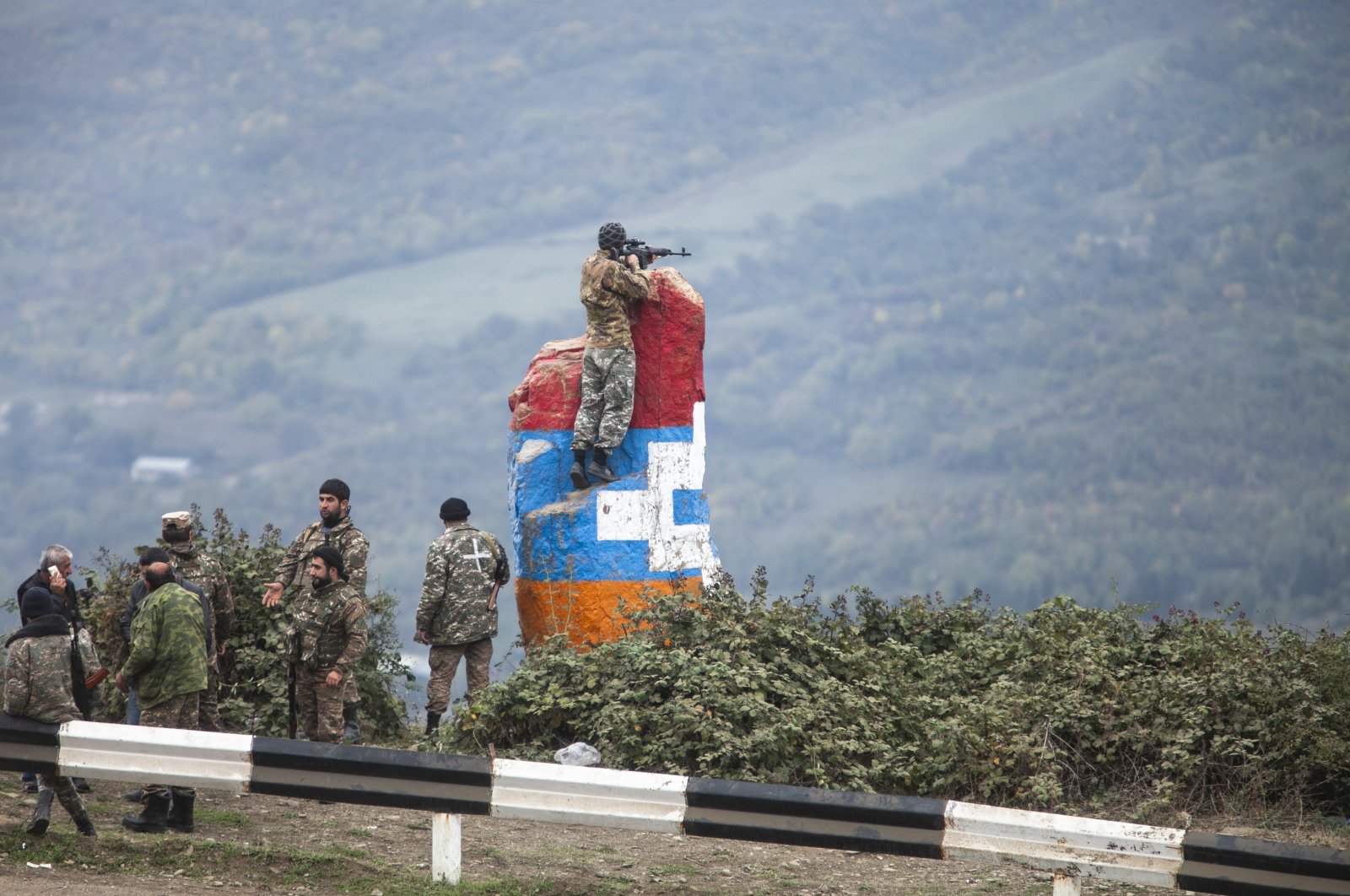 A separatist militant observes the land ahead during a military conflict near Hadrut, illegally occupied Azerbaijani territory of Nagorno-Karabakh, Oct. 11, 2020. (AP Photo)
by DAILY SABAH WITH AA Oct 13, 2020 2:18 pm
RECOMMENDED

Armenian forces continue to violate the cease-fire and stage night attacks in a bid to recapture its lost positions, Azerbaijan's Defense Ministry said in a statement on Tuesday.

Apart from regular troops from different Armenian army regiments, volunteers from Armenia participated in the night attacks conducted by small groups, but they suffered heavy human and material losses, the statement added.

The Azerbaijani army acts in compliance with the cease-fire and does not actively conduct any war activities, it underlined.

The Organization for Security and Co-operation in Europe (OSCE) Minsk Group – co-chaired by France, Russia, and the United States – was formed in 1992 to find a peaceful solution to the conflict but to no avail. A cease-fire, however, was agreed to in 1994.