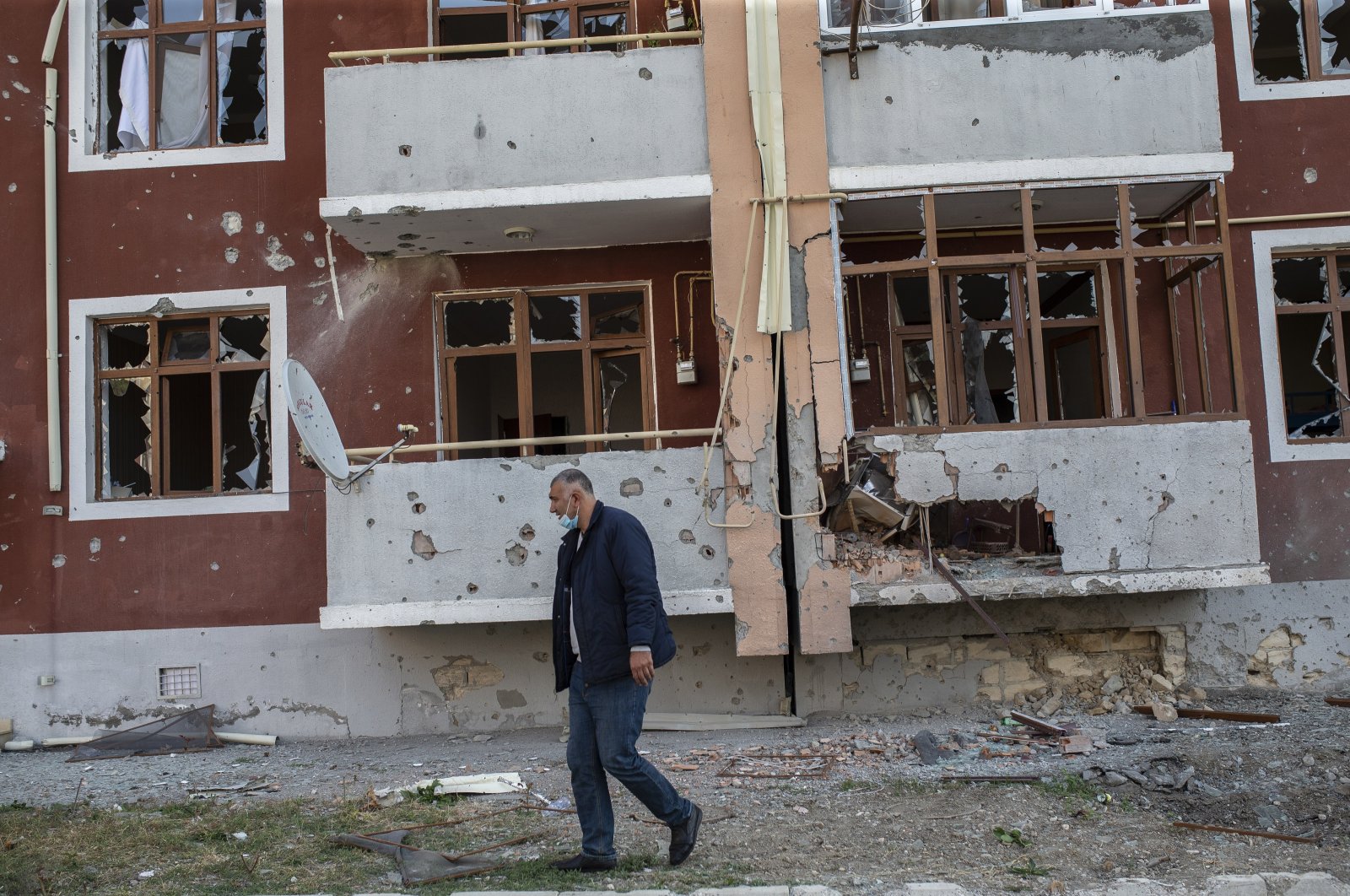 Armenian forces have continued their incessant cross-border attacks on civilian areas in Azerbaijan 40 days after the first clashes broke out. Despite several cease-fires, the Armenian side on Thursday morning opened fire on the residential areas in the Goranboy and Tartar regions, the Azerbaijani Defense Ministry said.

Four shells also landed in the village of Giyameddinli in Azerbaijan's Aghjabedi region in the morning hours, said the statement.

Armenian military units also fired at the positions of the Azerbaijani army with mortars and howitzers.

"Starting from the evening hours on Nov. 4 to 4:50 a.m. (12:50 a.m. GMT) on Nov. 5, the positions of our military units located in the Tovuz, Gadabay and Dashkesan regions of Azerbaijan were fired on intermittently by the enemy from the direction of the Berd, Chambarak and Vardenis regions of Armenia," the ministry said.

The combat operations continued overnight with varying intensity, mainly in the Aghdara and Khojavend regions, it added.

Azerbaijani forces are monitoring the situation on the ground, the statement added, noting Armenian troops were forced to retreat in some places.

The ministry also rejected the claims of the Armenian side regarding the alleged renewed shelling of Khojavand and Shusha by the Azerbaijani army, adding that it was an "absolute lie."

"We declare once again that the Azerbaijani army does not shell residential settlements and civilian infrastructure," the ministry said.

Aliyev also commented on the latest situation in the conflict via a series of Twitter messages released on his account Thursday.

He said Azerbaijan has already implemented a part of the basic principles of the U.N. Security Council resolutions, which demand the liberation of Azerbaijan’s occupied territories.

"We were compelled to force them due to Armenia’s unwillingness to act voluntarily. Our position is based on common sense and humanitarian grounds and is supported by the international community," Aliyev said.

He also added that although the basic principles on the table were elaborated through the Organization for Security and Co-operation in Europe (OSCE) Minsk Group’s assistance, they hadn't used all available instruments to pressure Armenia to withdraw from the territories.

Since clashes began on Sept. 27, at least 92 civilians including 11 children have lost their lives, according to Azerbaijan's Chief Prosecutor's Office. More than 400 people have been wounded; among them dozens are children. Several thousand houses and residential buildings have been raised to the ground in these attacks.

Relations between the two former Soviet republics have been tense since 1991 when the Armenian military occupied Nagorno-Karabakh, an internationally recognized territory of Azerbaijan, and surrounding regions.

Multiple U.N. resolutions as well as international organizations have demanded the "immediate, complete and unconditional withdrawal of the occupying forces" from the Azerbaijani territory.

The Minsk Group, set up in 1992 by the OSCE and co-chaired by France, Russia and the U.S., was formed in 1992 to find a peaceful solution to the conflict, but to no avail. A cease-fire, however, was agreed to in 1994.

World powers, including France, Russia and the U.S., have called for a sustainable cease-fire. Turkey, meanwhile, has supported Baku's right to self-defense and demanded the withdrawal of Armenia's occupying forces.