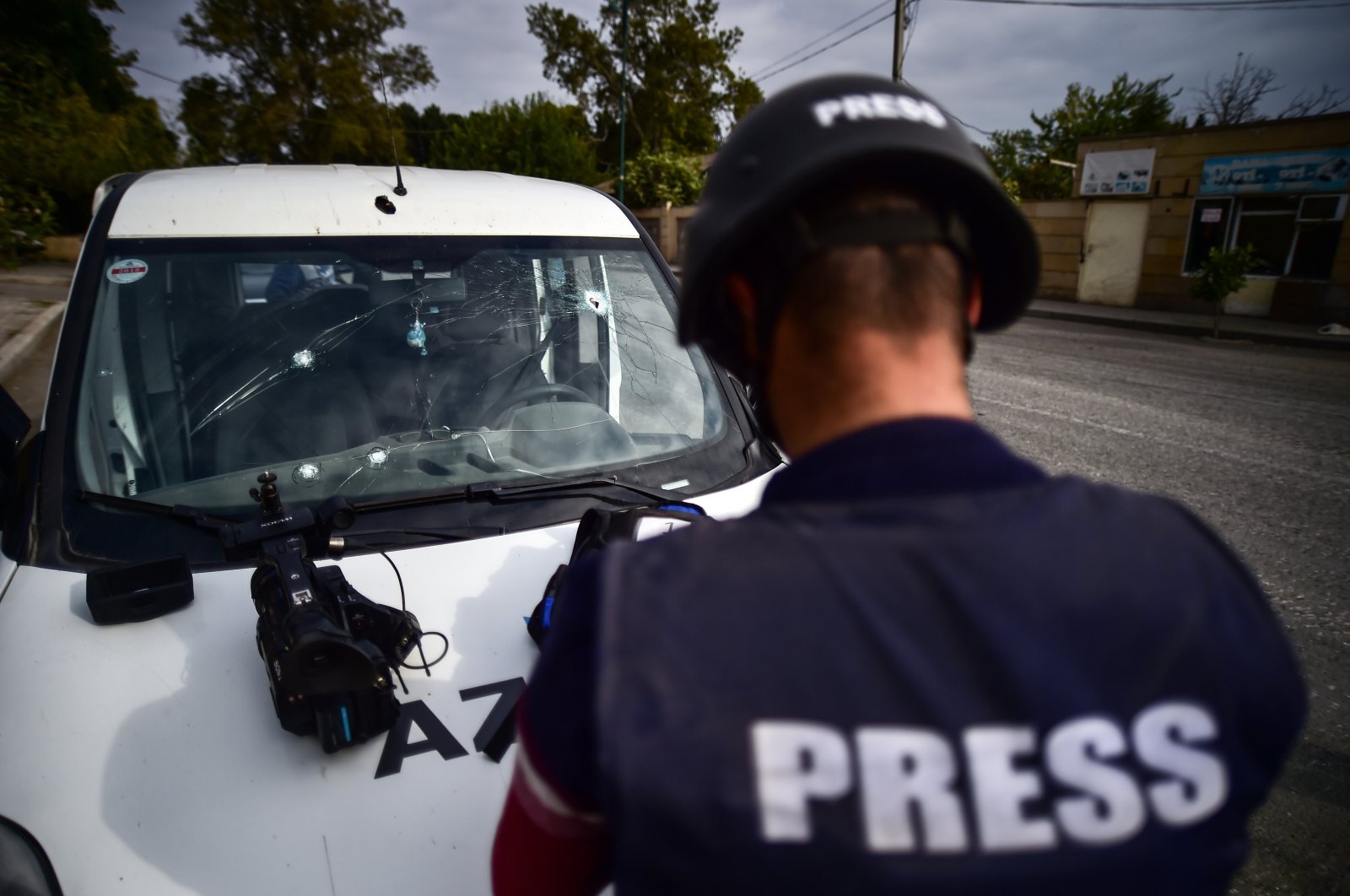 An AZTV war correspondent stands in front of their vehicle damaged in Armenian shelling in the Azerbaijani city of Tartar, Oct. 14, 2020. (IHA Photo)
by daily sabah Oct 14, 2020 11:51 am
Edited By Sinan Öztürk
RECOMMENDED

Azerbaijan state television AZTV war correspondent Elnur Tofig told AA that they were recording video footage of a school hit by the Armenian military in the village of Duverli when the attack took place.

He noted that the Armenian shelling caused the school's ceiling to collapse on them.

“We immediately left the school building, but other shells fell near the area where our vehicle was parked,” Tofig said, adding that another explosion took place as they were trying to reach the vehicle. The vehicle's driver and another civilian were injured in the attack.

Following the attack, the journalists returned to downtown Tartar with the injured.

“Thankfully we are OK. We always mention attacks targeting civilians and settlements but today we became news as we were reporting it,” Tofig said.

The Azerbaijani journalist added that they have not been deterred and will continue to report Armenian attacks against civilians.

The Armenian military has been violating a recently established cease-fire by carrying out attacks on Azerbaijani cities, including Tartar and Ganja.

Azerbaijani authorities noted that 43 civilians have been killed and 206 civilians injured between Sept. 27 and Oct. 14.

The latest outburst between the neighboring countries began on Sept. 27 and has left hundreds of people dead in the biggest escalation over Nagorno-Karabakh. The conflict has spanned decades since a separatist war ended in 1994, with the region belonging to Azerbaijan but under the control of ethnic Armenian forces backed by Yerevan.

Many world powers, including Russia, France and the U.S., have urged a new cease-fire.