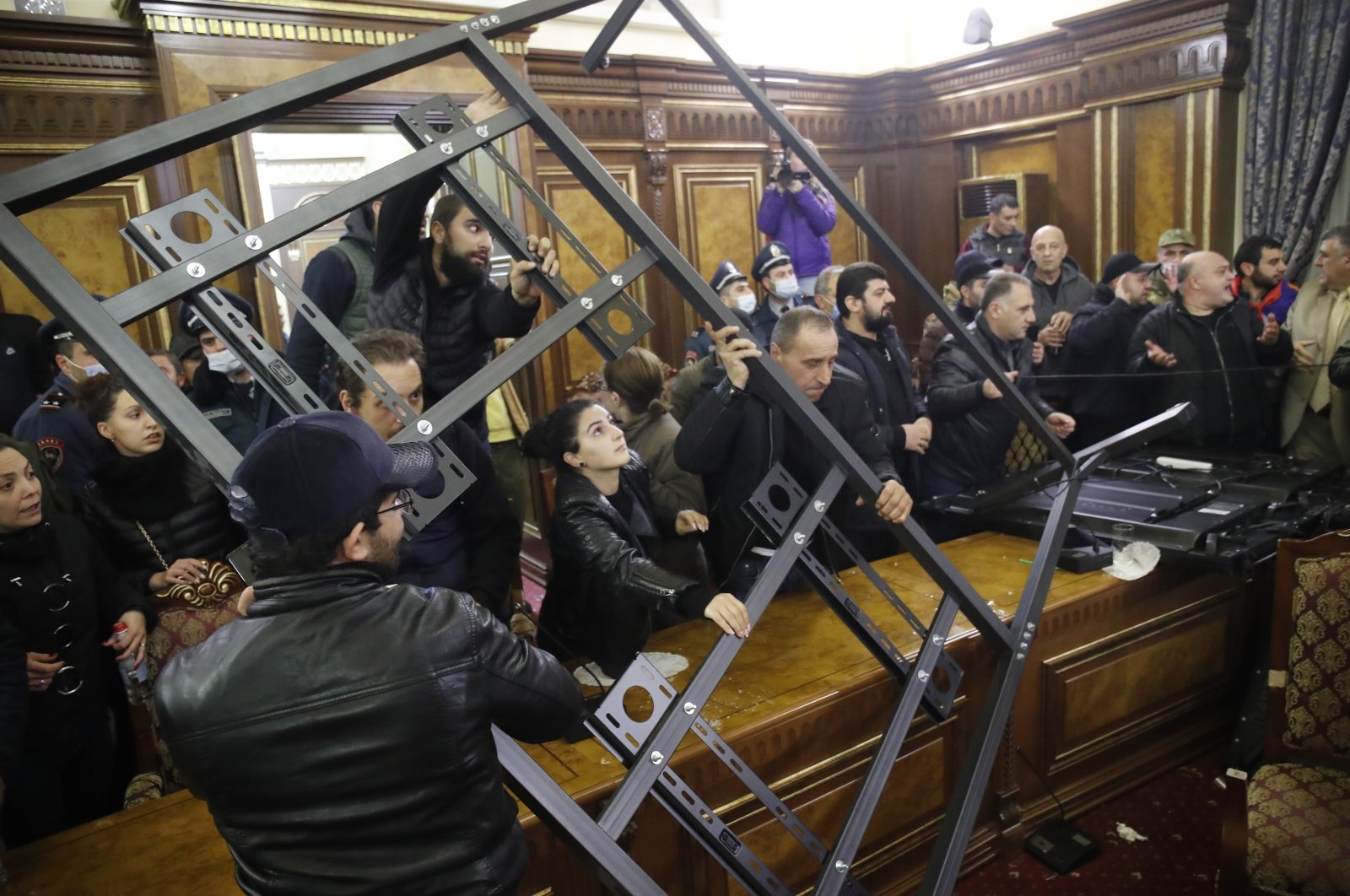 People broke into a government building protesting an agreement to halt fighting over the Nagorno-Karabakh region, in Yerevan, Armenia, Nov. 10, 2020. (AP Photo)
by agencies Nov 10, 2020 9:59 am
RECOMMENDED

Chaotic scenes erupted inside Armenia's parliament in the early hours of Tuesday as protesters angry at the Nagorno-Karabakh peace deal with Azerbaijan seized control of its chamber to denounce the country's leadership as they lynched the parliament speaker.

Hundreds of people stormed into the building after Prime Minister Nikol Pashinian announced the agreement to end six weeks of fighting over the Nagorno-Karabakh region.

Many gathered inside its inner chamber, taking the seats of parliamentarians and shouting "resign!" or "out!"

Arguments and scuffles broke out as protesters tried to take to the podium to speak and were shouted down, with some throwing bottles.

The few police present did little to prevent the disorder and people roamed the hallways, where doors had been opened and the contents of offices thrown about.

Thousands of protesters had earlier gathered outside the government headquarters in Yerevan and stormed the building, ransacking offices and breaking windows.

The crowds grew smaller as the night wore on but some protesters remained inside parliament.

Pashinian called on protesters to go home, writing on Facebook: "At this difficult time we must stand shoulder to shoulder."