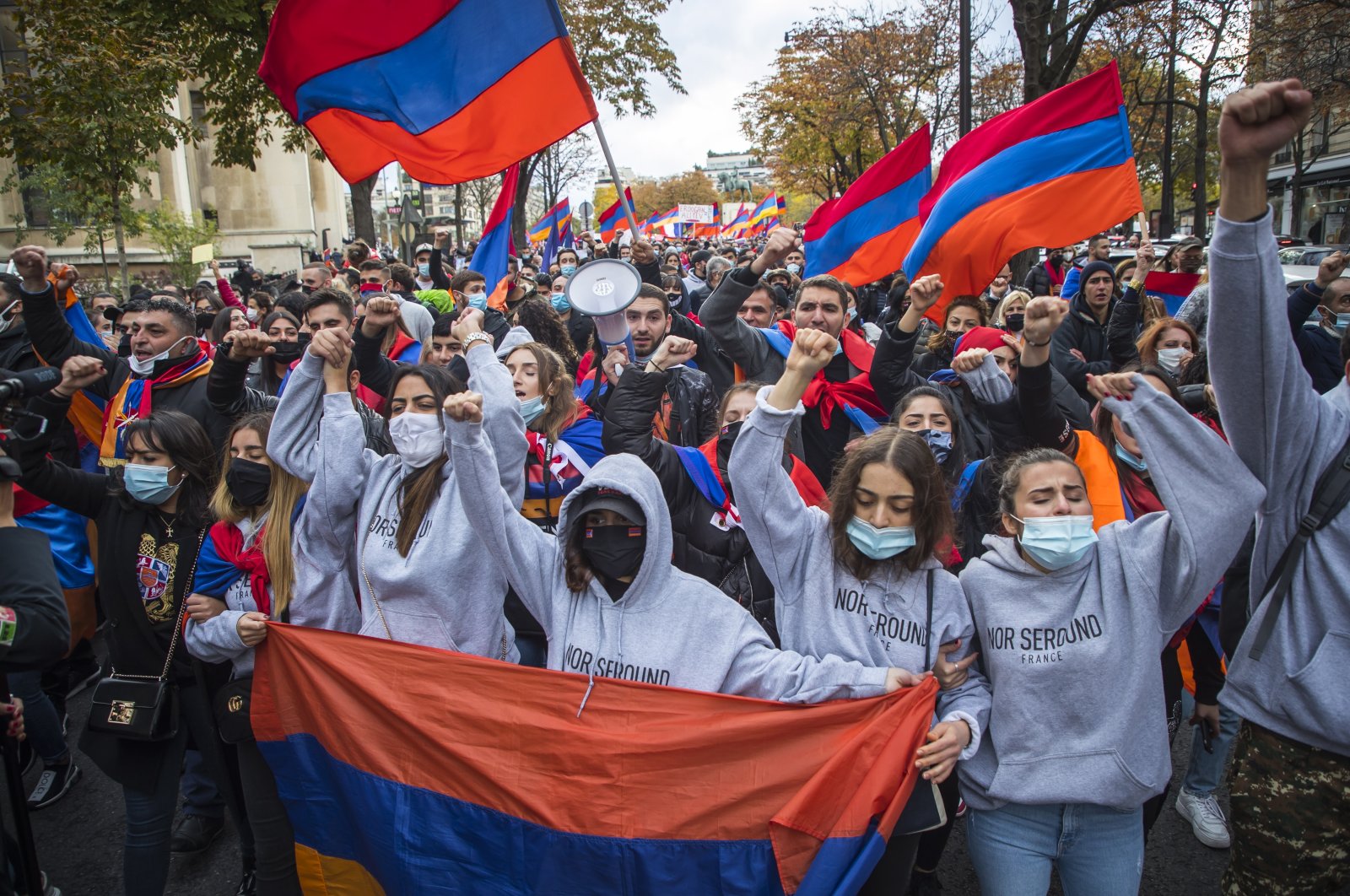 Members of the Armenian community wounded four Turkish citizens while demonstrating early Wednesday on the A7 motorway, connecting France’s Lyon and Marseille.

According to French media reports, the disputes erupted between Turkish citizens and Armenians supporting Yerevan in its conflict with Azerbaijan which has been going on since Sept. 27. The fights, which drew in a dozen people, ended with five injured, four of whom are of Turkish origin.

The 300-400 Armenian protesters had closed the highway to traffic from both sides. When a group of Turkish people trying to go to work reacted to the protest, they were attacked heavily.

Upon reports of the clashes, a video circulated on social media showing protesters with Armenian flags on their backs chasing after and beating down two people with sticks.

After being cut off for several hours, traffic was able to resume on the A7 at around 10 a.m.

Relations between Azerbaijan and Armenia, two former Soviet republics, have been tense since 1991 when the Armenian military occupied Nagorno-Karabakh.

Around 20% of Azerbaijan’s territory has remained under illegal Armenian occupation for some three decades.