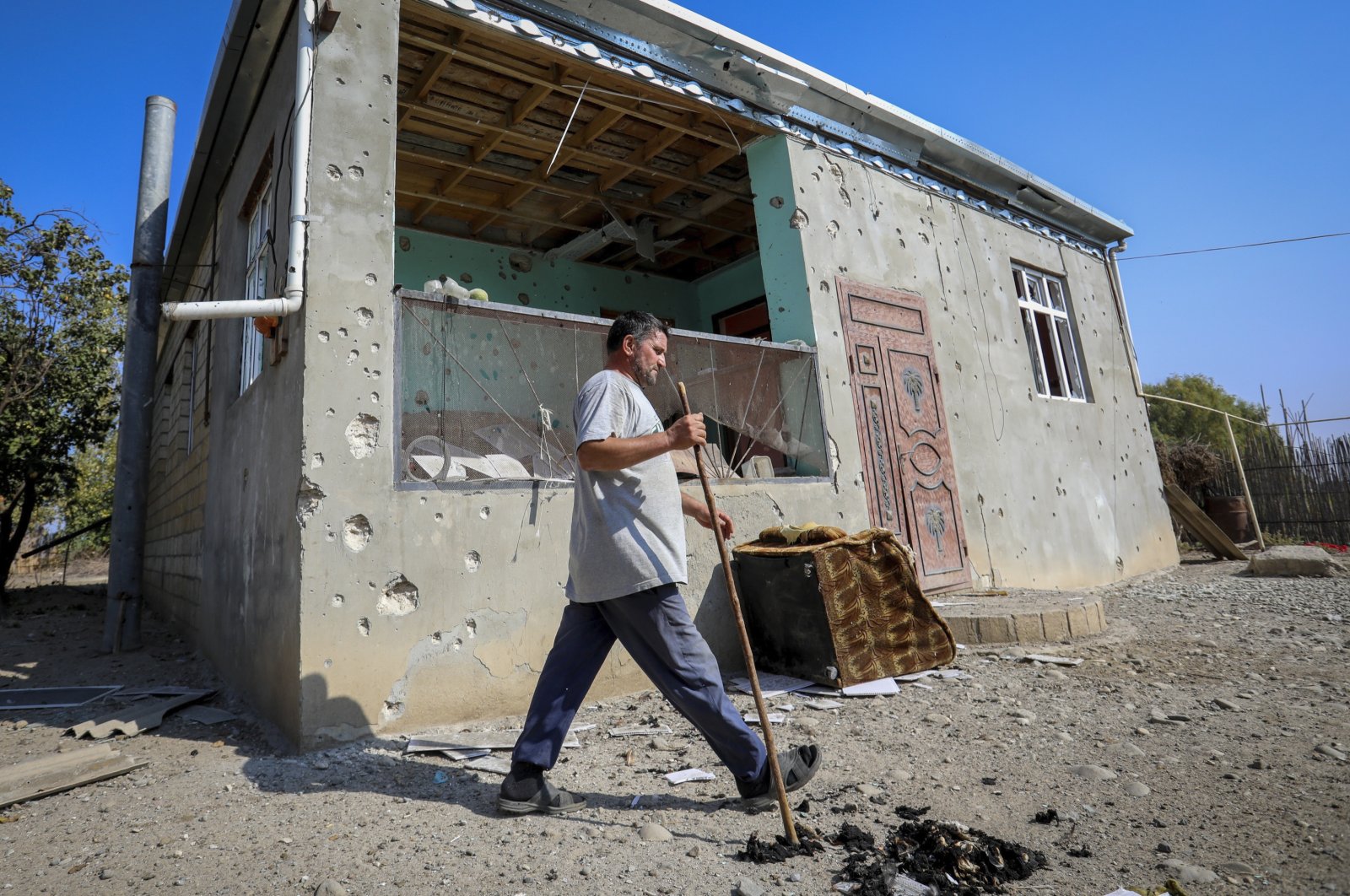 Armenian troops set fire to a number of structures in the Aghdam district while forces were withdrawing from the Nagorno-Karabakh region as part of a cease-fire deal that ended nearly six weeks of fighting with Azerbaijan.

Footage from the region under Azerbaijan's control shows smoke rising from positions of Armenian troops.

While leaving the region where there is no civilian population, police stations, buildings and checkpoints were set on fire.

The Aghdam district will be handed over to Baku on Nov. 20. Aghdam once was a town of about 40,000, but now is an empty sprawl of buildings that were destroyed in the first Nagorno-Karabakh war or later ruined by pillagers grabbing building materials.

The ex-Soviet rivals agreed to end hostilities last week after efforts by Russia, France and the U.S. to secure a cease-fire fell through during the nearly two months of clashes.

A key part of the peace deal includes Armenia's return of Kalbajar, as well as the Aghdam district and the Lachin district by Dec. 1, which have been held by Armenians since the devastating 1990s war which claimed 30,000 lives.

Similar scenes were witnessed last week during the Armenian forces' withdrawal from Kalbajar.

Armenian residents leaving the Kalbajar region following the peace deal burned down homes and forestland as they left the area.

According to footage published on Russian media outlets, Armenian residents living in different parts of Kalbajar were taking off the doors, windows and other parts of the houses and then setting them on fire before Azerbaijani residents who were displaced 27 years ago return to their homes.

Kalbajar was almost exclusively populated by Azerbaijanis before they were expelled by Armenians in the 1990s war following the breakup of the Soviet Union, and a majority of the homes being abandoned previously belonged to Azerbaijanis. Some 60,000 Azerbaijanis had to leave their homes in 128 villages and took refuge in other parts of Azerbaijan. The Armenian government controversially subsidized the region's settlement by ethnic Armenians.

The withdrawal of Armenian forces from Kalbajar was supposed to be completed by Nov. 15. However, due to difficulties posed by the climate and natural conditions, Azerbaijan gave an additional 10 days to Armenia to completely withdraw from Kalbajar.

Fresh clashes erupted on Sept. 27, and the Armenian Army continued its attacks on civilians and Azerbaijani forces for 44 days, even violating humanitarian cease-fire agreements.

Baku liberated several cities and nearly 300 of its settlements and villages from the Armenian occupation during the fighting.

On Nov. 10, the two countries signed a Russian-brokered agreement to end the fighting and work toward a comprehensive solution.

Most recently, the Turkish Parliament on Tuesday overwhelmingly approved the deployment of Turkish troops to Azerbaijan for a peacekeeping mission to monitor the cease-fire deal that aims to end the conflict in the Nagorno-Karabakh region.

The mandate will allow Turkish troops to be stationed at a peacekeeping center for one year as part of an accord between Ankara and Moscow to monitor the implementation of the cease-fire, which locked in territorial gains by Azerbaijan. Some 2,000 Russian peacekeeping troops have been also deployed to the region.