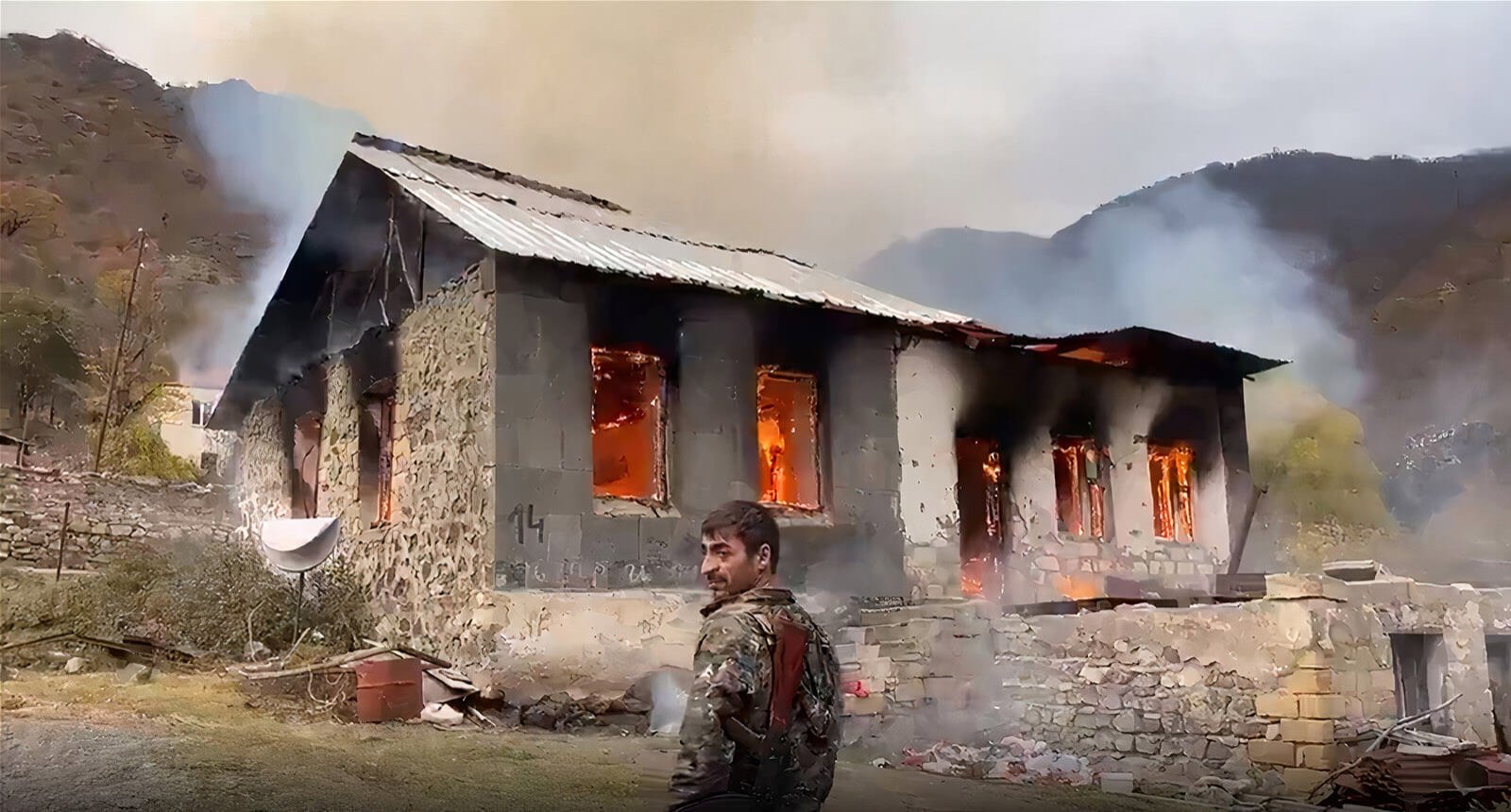 This image grab taken from a video broadcast on Russian media outlets shows a home burnt down by Armenians as they leave it before the arrival of Azerbaijani citizens in the Kalbajar area of Nagorno-Karabakh, Nov. 13, 2020.
by daily sabah
Nov 13, 2020 4:14 pm

Armenian residents leaving the Kalbajar region in Nagorno-Karabakh following a peace deal with Azerbaijan are burning down homes and forestland as they leave the area, reports said Friday.

According to footage published on Russian media outlets, Armenian residents living in different parts of Kalbajar are taking the doors, windows and other parts of homes down and setting them on fire as they leave before Azerbaijani residents who were displaced 27 years ago return to their homes.

Located in northwestern Nagorno-Karabakh to the west of Azerbaijan, the Kalbajar region had been occupied by Armenian forces since 1993.

Some 60,000 Azerbaijanis had to leave their homes in 128 villages and took refuge in other parts of Azerbaijan. There were no Armenians in the area before the occupation, according to records.

Armenia had then resettled its own citizens in the area after the Azerbaijanis left.

Following the Russian-brokered peace deal signed between Yerevan and Baku, Armenian residents in the occupied areas have until Nov. 15 to leave the area.

Aliyev hailed the deal as a victory for his country and a defeat for Armenia, saying Baku's military success enabled it to gain the upper hand to end the three-decade occupation.

Relations between the ex-Soviet republics have been tense since 1991 when the Armenian military occupied Nagorno-Karabakh, a territory recognized as part of Azerbaijan and seven adjacent regions.

On the front line, Baku liberated several cities and nearly 300 settlements and villages from Armenian occupation.