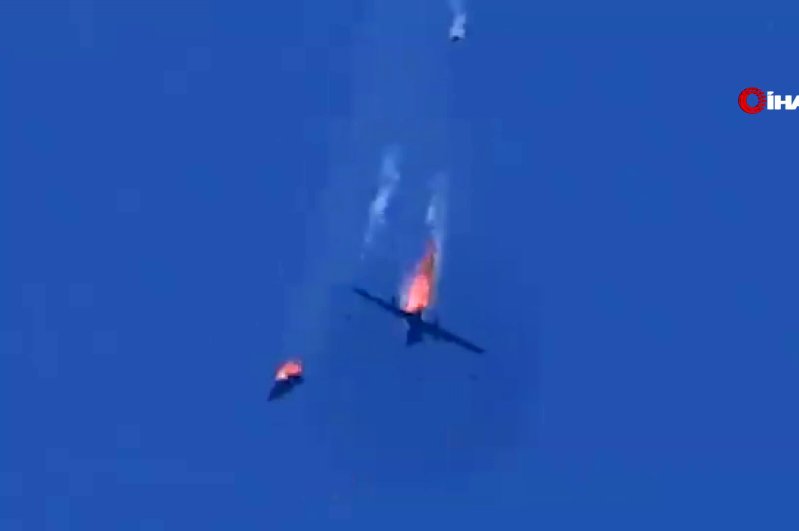 The Bashar Assad regime downed a Turkish drone in Syria's northwest Sunday after announcing the closure of airspace in the region. Visual verification of footage from the ground showed that the downed aircraft near Saraqib was a Turkish drone.

The Syrian regime said it was closing the airspace for aircraft and drones over northwestern Syria, mainly Idlib, which is the focus of a monthslong campaign to retake control of the last opposition stronghold.

"Any aircraft violating our airspace will be treated as hostile that must be shot down," the regime said in a statement, carried by Syria's state news agency SANA.