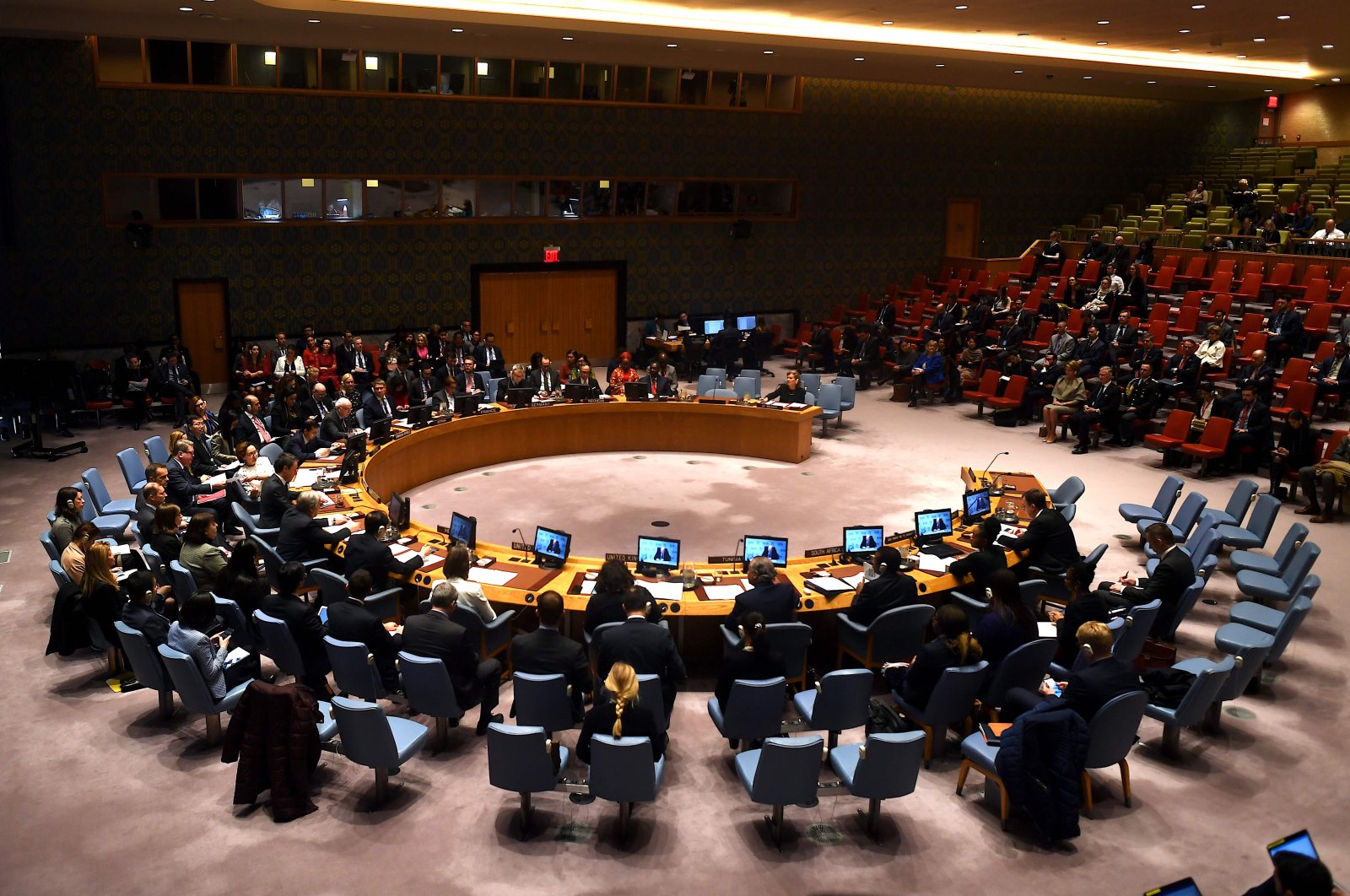 U.N. Security Council members Britain, Estonia and Germany denounced the regime of Bashar Assad on Wednesday for a lack of accountability after being accused of conducting chemical weapons attacks in 2017.

The exchanges between Russia and the Europeans took place at the monthly meeting on regime's chemical weapons, which was closed. Russia, Germany, Britain and Estonia distributed the statements of their ambassadors.

An investigative team of the Organization for the Prohibition of Chemical Weapons said in a 82-page report issued April 8 that the regime air force dropped bombs containing either chlorine or sarin on a hospital and open farmland in the central town of Latamneh, injuring over 70 people and killing at least three — a surgeon and two others.

U.N. spokesman Stephane Dujarric said U.N. disarmament chief Izumi Nakamitusu briefed the council, including on the findings of the OPCW report, and stressed that they were “deeply distressing.”

Dujarric said Nakamitsu reiterated Secretary-General Antonio Guterres’ position “that the use of chemical weapons by anyone, anywhere, is intolerable and impunity for their use is equally unacceptable. It is imperative to identify and hold accountable all those who have used chemical weapons.” But the regime was not named.

The investigative team concluded that “there are reasonable grounds” to believe the perpetrators in Latamneh of the use of sarin on March 24 and 30, and chlorine on March 25, 2017, were part of the Syrian Arab Air Force, OPCW coordinator Santiago Oñate-Laborde said.

When the report came out, a the regime's Foreign Ministry official, quoted on state media, said “Syria condemns in the strongest terms what was stated in the report,” and “categorically denies that it used toxic gases in the town of Latamneh or in any other Syrian city or village.”

Russia’s U.N. Ambassador Vassily Nebenzia told the council that all of Syria’s chemical weapons were destroyed and accused the OPCW experts of “echoing baseless accusations” by some unnamed countries, “biases,” and preparing a report “without even the slightest traces of due diligence.”

Syrian regime repeatedly refused to cooperate with the investigation, the report said.

The investigation included interviews with witnesses, analyses of samples taken from the sites of the attacks, as well as review of symptoms reported by those affected and medical staff, along with examination of imagery, including satellite images.

Germany’s deputy U.N. ambassador Jurgen Schulz told the council: “Accountability is essential and impunity for these heinous crimes is not an option.”

Responding to Russia without naming it, he said, “Now is definitely not the time to repeat old and invent new, unsubstantiated claims to undermine the OPCW’s legitimacy,” or “the professionalism, objectivity, impartiality and independence” of its technical experts.

Estonia’s U.N. Ambassador Sven Jürgenson supported the report’s findings, condemned “the use of chemical weapons by the Syrian regime,” and said “those responsible must be held accountable.”

“Without accountability, the atrocities will continue, if not by the Syrian regime, then by others emboldened by the ability to use these horrendous weapons to hold onto power,” Jurgenson said. “We, therefore, call on the states parties of the Chemical Weapons Convention and the Security Council to act decisively and in a united manner to respond to the findings of this report.”

Britain’s deputy U.N. ambassador Jonathan Allen said the OPCW’s investigation adds to the evidence of two previous U.N.-mandated investigations that found the Syrian regime responsible for using chemical weapons against its own people on at least four occasions.

Allen said he took note of the Russian ambassador’s statement “but the problem is, one cannot just assert what one wants to be true in the face of evidence, which may well be inconvenient evidence to the contrary.”