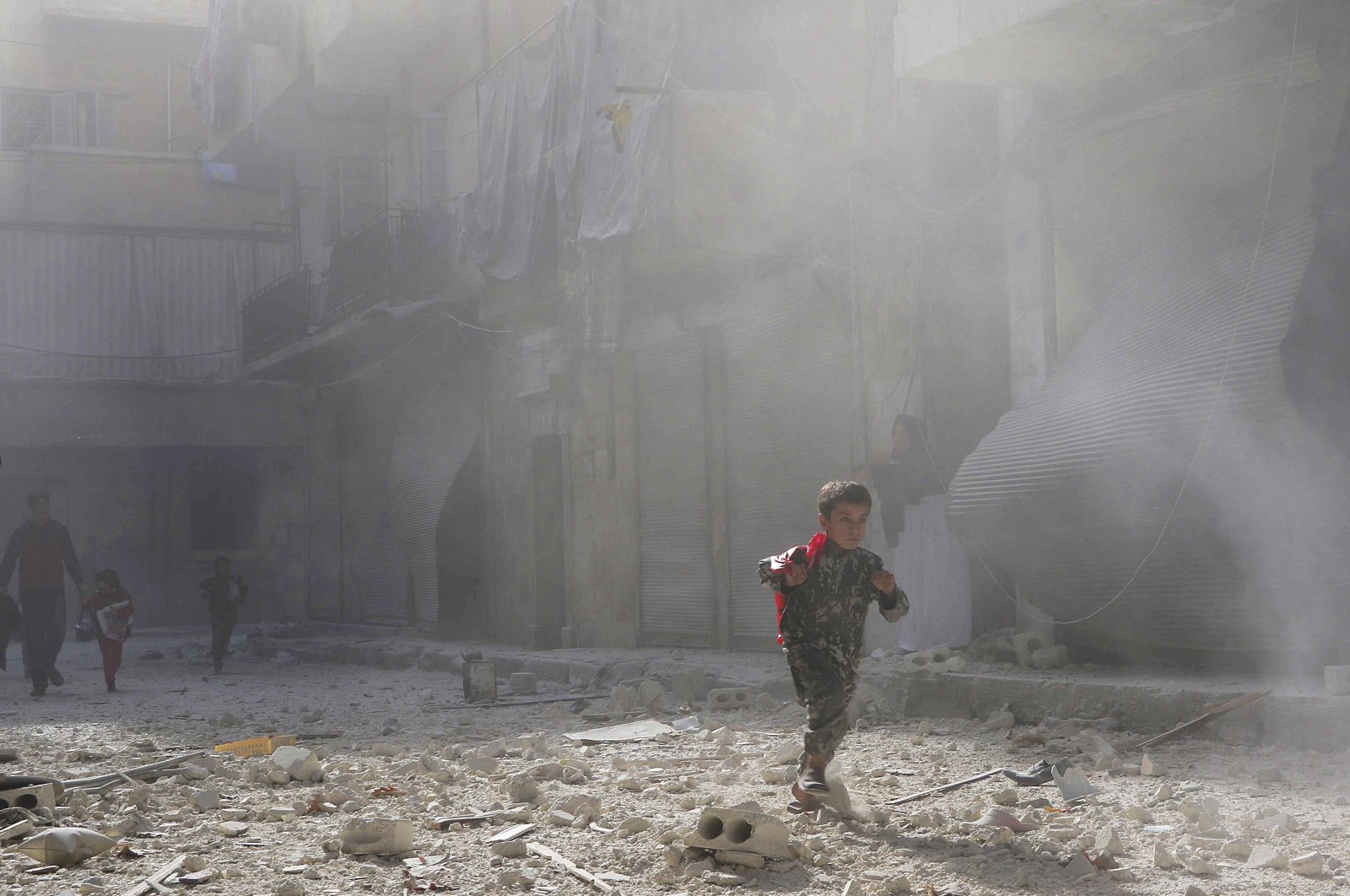 War crimes committed by the Bashar Assad regime to oppress civilians and crush the opposition, including the use of chemical weapons, rape, torture, the targeting of civilian settlements and the deployment of terrorist organizations, have been documented in reports by the United Nations and independent human rights organizations.

Many actors involved in the Assad regime's brutal repression in the civil war that began in March 2011 have been implicated as war criminals. However, who gave the instructions for committing these war crimes and the chain of command the regime members followed remains unclear.

According to information obtained by Anadolu Agency (AA) correspondents, on the instructions of Assad and the country's National Security Bureau, the decision was made to establish a team of high-level security officials, called the Crisis Cell, in the capital Damascus to suppress the peaceful demonstrations that began in March 2011.

The security committees, which were established by Assad and have branches in every region and province, were among the institutions tasked with suppressing the demonstrations with the full authority of the Crisis Cell.

The committees, which suppressed the peaceful demonstrations on a provincial and regional basis, formed teams consisting of military, intelligence, police, special forces and regime protection personnel. The teams implemented a policy of arbitrary arrest and execution by finding those who attended the demonstrations, those who organized them and those who supported them.

Numerous political figures and military officials took charge of the security mechanisms established by the regime to carry out these tasks. Many civilians, called Shabiha paramilitary militants, were also recruited and deployed by the People's Committees and other security institutions.

These security structures, which are directly linked to Assad, soon turned into crime-making mechanisms that acted independently of the civil or military judiciary. In nearly a decade of civil war, their war crimes have been documented by numerous organizations.

A "black list" showing the figures involved in the regime's crime-making mechanism was published in 2019 by the organization Pro-Justice with the contribution of many lawyers and officers, including former Syrian Prime Minister Riyad Farid Hijab.

The National Coalition for Syrian Revolutionary and Opposition Forces also submitted a list of war criminals to the International Criminal Court.

Most recently, the U.S. announced new sanctions on the Syrian regime for its crimes, targeting 39 new entities under the Caesar Syrian Civilian Protection Act of 2019, which Trump signed into law in December.

Already in 2012, Human Rights Watch (HRW) said Syria was holding tens of thousands of detainees in a "torture archipelago." It documented 27 detention facilities nationwide used to hold people swept up in the regime's crackdown on protesters.

Furthermore, according to the Syrian Network for Human Rights (SNHR), at least 146,825 individuals are still detained arbitrarily or forcibly disappeared since March 2011.

HRW has also accused the Syrian regime forces since 2012 of using banned incendiary weapons against its opponents.

The Observatory and other activists claim the regime has dropped TNT-packed barrels from aircraft.

However, despite the regime itself remaining unpunished, some of Assad’s torturers have been on trial. A Syrian doctor living in Germany has been arrested on suspicion of carrying out crimes against humanity at an Assad regime prison. The suspect, identified as Alaa M., is accused of having "tortured a detainee ... in at least two cases" at a prison run by the Syrian intelligence services in the city of Homs in 2011, German federal prosecutors said in a statement.

One of the plaintiffs, who was detained by the Syrian General Intelligence and subjected to various torture techniques, said he wanted to see those responsible for Assad's torture system stand trial.