At least 1,000 Syrians returned home from Germany since 2017 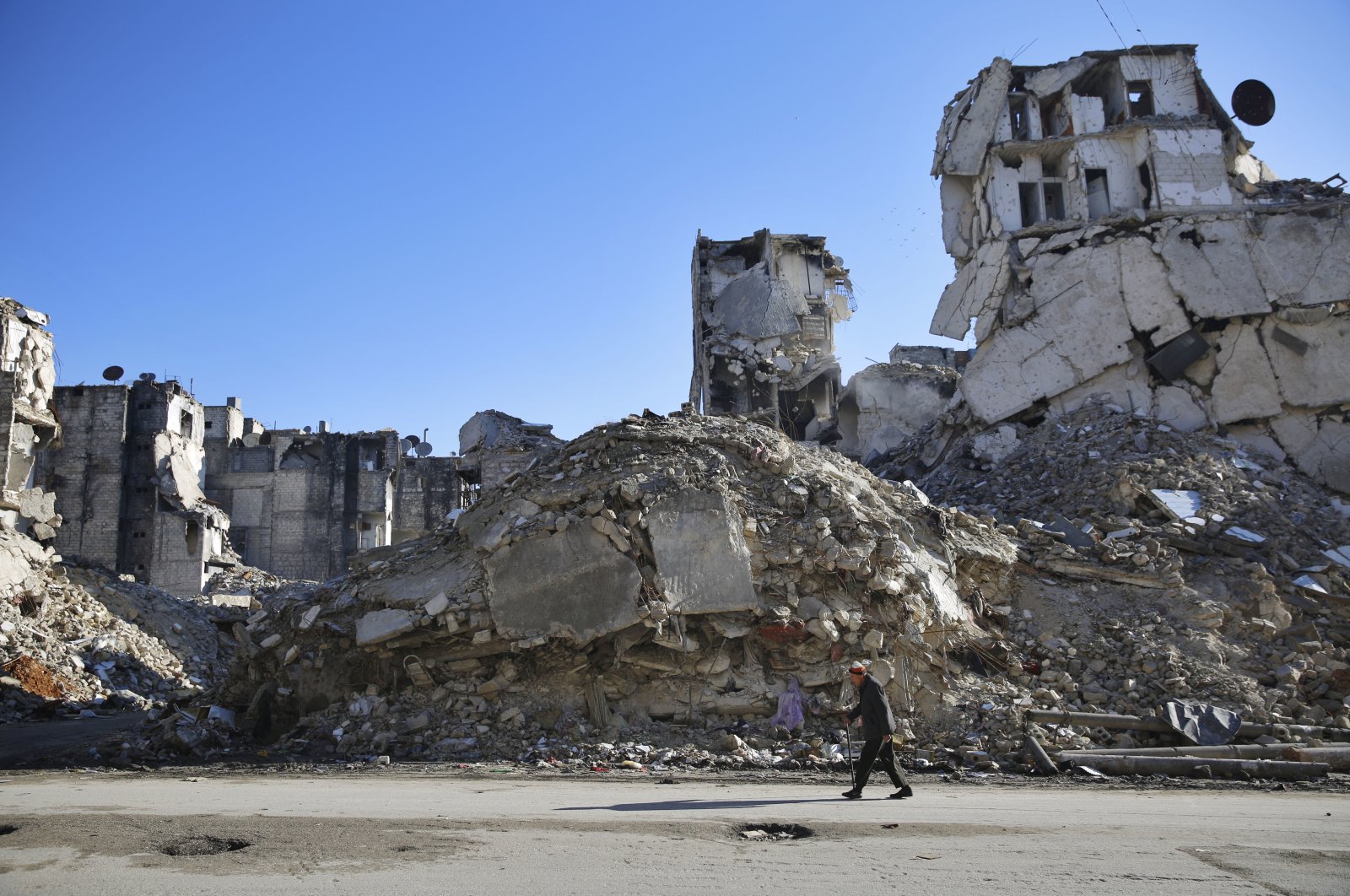 A Syrian man walks through the destruction of the Salaheddine neighborhood in the eastern Aleppo, Syria, Jan. 20, 2018. (AP Photo)
by Daily Sabah with DPA Jun 15, 2020 11:29 am
RECOMMENDED

Since 2017, over 1,000 people have voluntarily returned to Syria with financial support from the German government, the German Interior Ministry told dpa on request.

The actual number of voluntary trips to Syria is likely higher because applications from all federal states for the refinancing of trips have not been made, the ministry said.

Due to the "persistently difficult security situation," voluntary return to Syria is not currently being promoted, according to a federal government information page on the programs.

A bloody civil war has been raging in Syria since 2011. Germany has not deported people to the country since 2012.

Almost 630,000 Syrians have applied for asylum in Germany since the beginning of the civil war, with most successfully gaining protected status.

Meanwhile a large number of Syrians have also been returning to Syria’s northwestern province of Idlib since their displacement to safer areas near the Turkish border. The estimated number, according to local organizations, is around 270,000 following the movement of nearly 1 million people in Idlib in response to the attacks by the Bashar Assad regime and Russia on the country's last opposition bastion. Even though the number of returnees was increasing up until recently, renewed Russian airstrikes had led to thousands leaving their homes once again.

Another reason that could lead to a decrease in the number of returnees is the economic meltdown suffered by the war-torn country, which has been struggling under yearslong Western sanctions, regime corruption, infighting, a pandemic and an economic downslide made worse by the financial crisis in Lebanon – Syria’s main link with the outside world.

With the world focused on combating the global coronavirus pandemic, the Syrian regime has struggled to hold up the country's economy. Syria faces near-complete isolation as the toughest U.S. sanctions come into effect next week. While Assad may have won the military war against his opponents with the help of allies Russia and Iran, he now faces an even bigger challenge of governing while more than 80% of his people live in poverty.