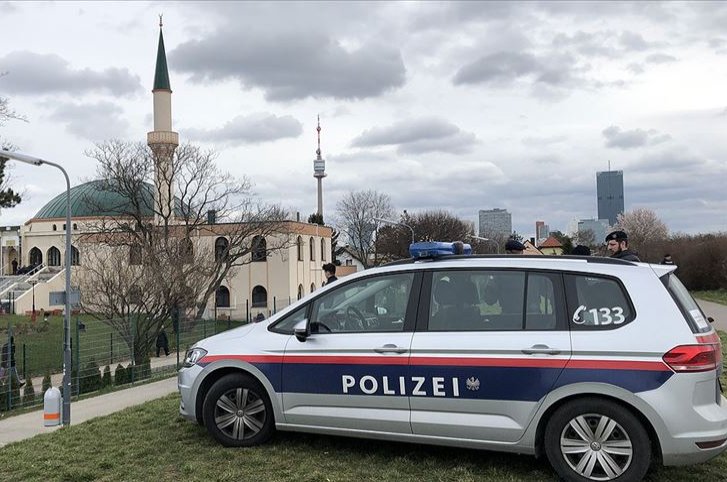 Austria’s center-right People’s Party (ÖVP) and the Greens Party coalition government is preparing to card-index Islamic institutions in the country under the pretext of fighting “political Islam.”

The program, announced in January, appears to be a continuation of the far-right former government’s xenophobic and Islamophobic policies and is receiving harsh reactions from society.

The planned documentation center, founded under the pretext of fighting "against antisemitism, racism and religiously motivated extremism” has drawn fire from nongovernmental organizations (NGO) and academicians because, as the ÖVP stated, the institution will only act against “political Islam” and Muslims.

To be founded under the Austrian Ministry of Integration, the documentation center raises concern among the Muslim minority because experts and Integration Minister Susanne Raab have failed to provide a definition of what exactly it is.

The government plans to keep all foundations, mosques and cultural activities of Muslims under supervision via the center and will decide on which institutions to partner with for planned works.

The government’s move has led to reactions from the public, especially the Muslim minority, who think that authorities see Muslims as potential criminals.

The government, which seems to never take into consideration the rising racism and Islamophobia in the country, has allocated 500,000 euros ($571,243) for the planned center.

Drawing parallels between Nazism and Islam

Austria also founded a center to fight Nazism in 1963. The planned documentation center, which will this time target Muslims, sparked fears that Nazism and Islam are being perceived as the same by authorities.

Political scientist Fared Hafez of Georgetown University told Anadolu Agency that these “scientific works” are being carried out more frequently due to the government of Austrian Prime Minister Sebastian Kurz. Hafez said that it is widely known that Kurz uses these types of academic ideas in favor of politics.

“The main target here is to present any civilian dissent by the Muslims as potential crimes under the pretext of political Islam,” Hafez said. “As we all remember, closure of the mosques and the headscarf ban were carried out under the pretext of political Islam. Any person, any religious activity, any institution will be facing limitations and blockage from now on, under the same pretext,” he said. “The fact that Muslims own independent institutions is regarded as dangerous by Sebastian Kurz and his administration. According to them, Muslims should not create anything new and just accept what they are fed.”

Social Austria of the Future (SÖZ) Party Chairman Hakan Gördü also said that the documentation center is being founded in compliance with Kurz’s political aims.

He added that “political Islam” is not defined and that the methodology of the government is in contradiction with science. “They can think of any person who is into politics and defends Muslims’ rights as a reflection of political Islam. This is a dangerous situation to silence and control people,” he said.

“The documentation center will function as an institution which will undermine science for the sake of politics and will also keep track of mosques and Islamic institutions,” the chairman concluded.

Kurz has made a hard line on immigration and “political Islam” his trademark, and the deal includes extending a ban on headscarves in schools until the age of 14 from around 10 currently.

The ÖVP's coalition with Freedom Party (FPÖ) collapsed in May when FPÖ leader Heinz-Christian Strache was caught in a video sting offering to fix state contracts.

Kurz emerged relatively unscathed from the scandal, even gaining voters in the Sept. 29 parliamentary election.

The Prime Minister struck a coalition deal in January with the Greens to ensure his return to power and bring the left-wing party into government for the first time, three months after he won a parliamentary election.