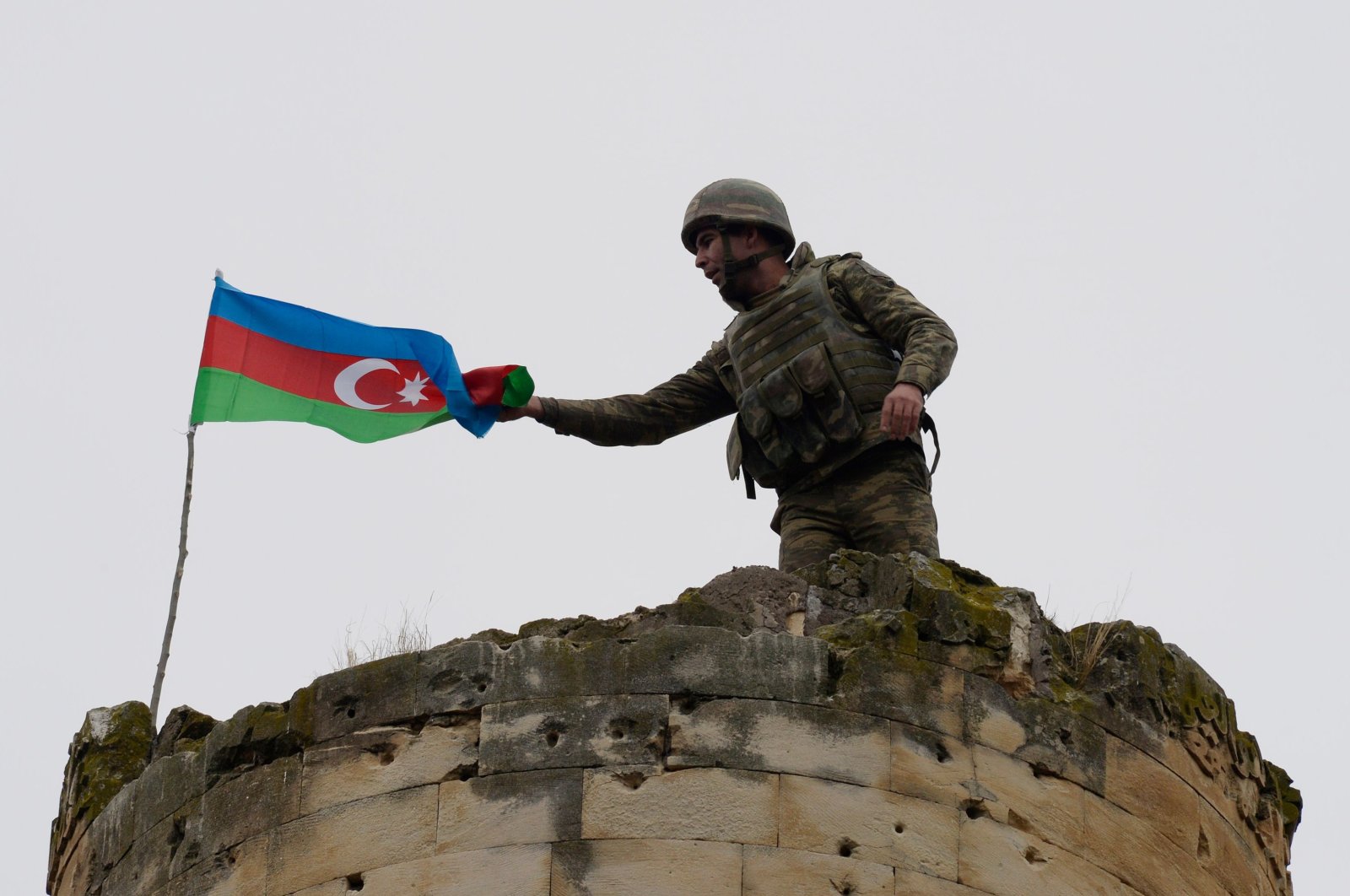 The Azerbaijani Parliament on Thursday slammed a resolution by the French Senate urging the recognition of Nagorno-Karabakh as "a republic."

"This step by the French Senate does not fit into the commitments undertaken by France within the (European Union's) global strategy on foreign policy and security, including within documents about the territorial integrity of countries, which have been consistently recognized since 2016 by the EU Council," the Parliament said in a statement.

The statement stressed that such a republic has not been recognized by any nation.

"The implementation of this resolution's provisions has the potential to put a crushing blow on the EU and its Eastern Partnership program," it added.

Azerbaijani's Parliament underlined that one of the main reasons the Nagorno-Karabakh conflict remained unresolved for nearly three decades was because the mediating states, particularly France, that played the role of international mediator failed because they "didn't call the aggressor (by its) name and didn't differentiate between the occupier and the occupied."

The Organization for Security and Co-operation in Europe (OSCE) Minsk Group – co-chaired by France, Russia and the U.S. – was formed in 1992 to find a peaceful solution to the Nagorno-Karabakh conflict, but to no avail.

The statement also highlighted that during the 44-day war, which Baku says was started by another Armenian provocation, Azerbaijan used its right to self-defense in accordance with paragraph 51 of the United Nations Charter.

"In the resolution of the French Senate there is no evidence that the Turkish Armed Forces participated in the counter-offensive operation by Azerbaijan and that mercenaries from some conflictive regions of the Middle East were used against Armenia, unfounded and falsified allegations were made about the commission of war crimes against civilians in Nagorno-Karabakh, however, no facts are given for these statements," it said.

Separately, it noted that there are "irrefutable facts that chauvinist, racist and terrorist groups of mercenaries" from foreign countries, including France, were used against Azerbaijan and that they were brought into the war zone by Armenia. These militias committed "grave war crimes" against civilians and civilian facilities in the settlements located far from the war zone, the statement continued.

The Parliament in Baku recalled that during the last two years of the First Nagorno-Karabakh War, Armenia's military committed a number of "massacres" against the Azerbaijanis, including the Khojaly genocide.

On Feb. 26, 1992, during a two-hour Armenian offensive, 613 Azerbaijanis were killed, including 106 women, 63 children and 70 elderly people. According to Baku's official figures, 487 more were critically injured.

"While considering itself an 'example' for human rights and democratic values, France chose to remain silent in the face of these crimes against peaceful Azerbaijanis," the statement said.

Azerbaijan's top legislative body also reminded about France's "colonial policy," during which it "massacred hundreds of thousands of civilians for ethnic and religious affiliation."

"The crimes of genocide committed are an indelible dark mark in the political history of France," it added.

The National Assembly went on to say that the Russia-brokered trilateral agreement signed by the presidents of Azerbaijan and Russia and the prime minister of Armenia on Nov. 10 put an end to the Armenian-Azerbaijani Nagorno-Karabakh conflict, halted the occupation of Azerbaijani lands and opened the way for further development of the South Caucasus region.

The peace deal "restored the superiority" of the norms and principles of international law, it said.

The Parliament stressed that all international organizations and states, including France, "must accept new realities" in the South Caucasus region and that the agreements have been accepted by Armenia and are supported by Russia and Turkey.

The Azerbaijani Parliament also appealed to its government to appeal to the OSCE leadership for the removal of France from its co-chairmanship of the Minsk Group due to "its position and appeals from the last few days (that) casts doubt on its (impartiality)."

It also asked Baku to "reconsider" its political relations with Paris, to "deeply analyze" the economic relations that exist between Azerbaijan and France and to enact "necessary measures."