Azerbaijan destroyed $4.8B worth of Armenian arms during Karabakh conflict, report says 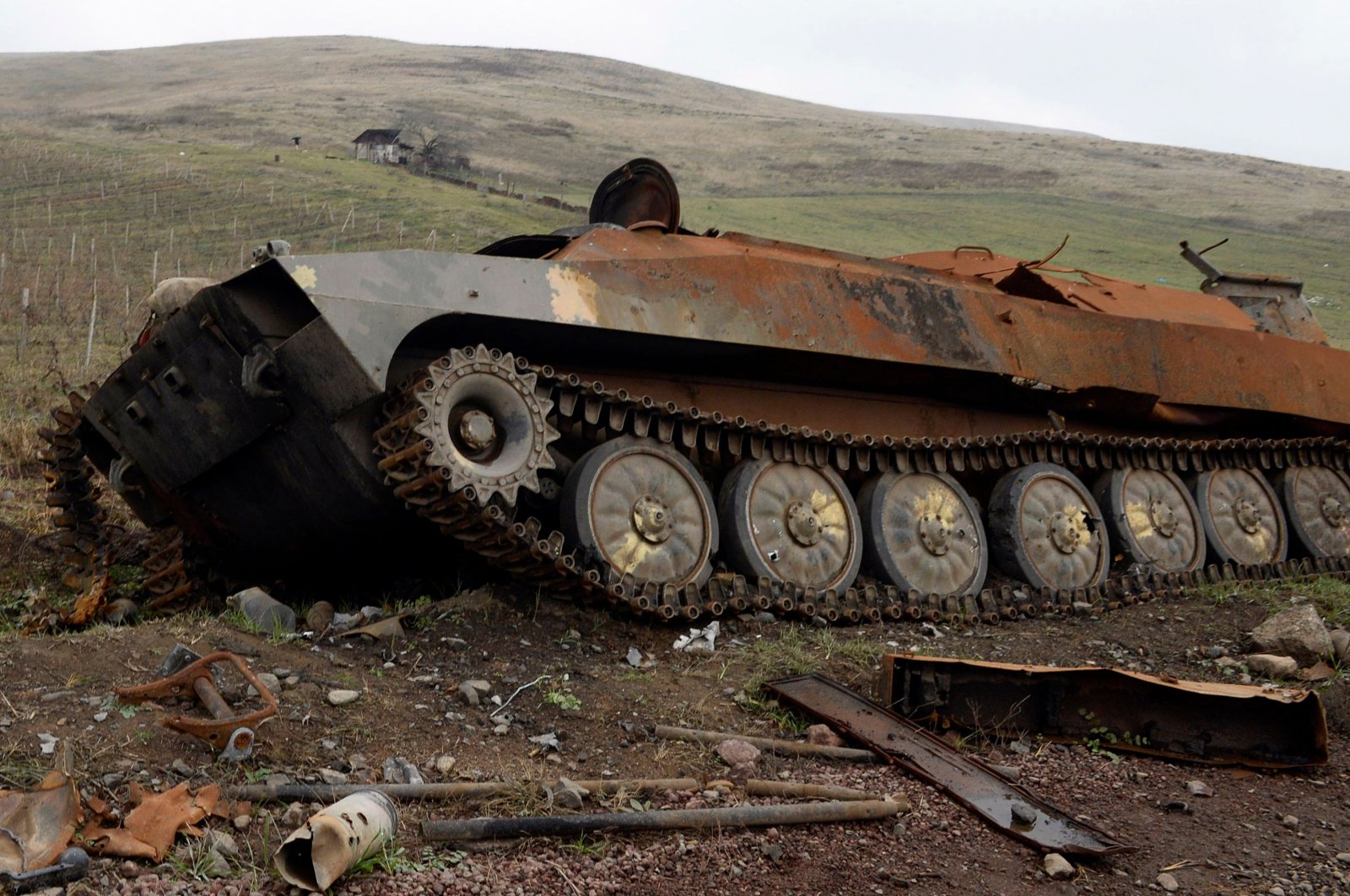 A destroyed Armenian military vehicle lays in the countryside outside the towns of Hadrut and Khojavend, Azerbaijan, Nov. 30, 2020. (AFP Photo)
by Anadolu Agency Dec 05, 2020 3:22 pm
RECOMMENDED

In recent fighting over the Nagorno-Karabakh region, $4.8 billion worth of arms belonging to Armenia were destroyed while it tried to cling to areas that it had occupied for nearly 30 years.

Academics with the Azerbaijan State University of Economics (UNEC) calculated the extent of the Armenian army's material losses in weapons and vehicles during the 44-day war.

The Azerbaijani army launched operations on Sept. 27 to liberate Nagorno-Karabakh, also known as Upper Karabakh, and its surrounding provinces from Armenian occupation, resulting in both the recovery of its lands and the dealing of a painful blow to Armenia's military.

From the first day of the operation, the Azerbaijanis carried out intense attacks on Armenian forces both on land and from the air.

According to statements from Armenia's top brass after a Russia-backed truce was signed last month, it was reported to Prime Minister Nikol Pashinian after just four days of fighting that signs of disintegration in Yerevan's forces had become evident in the face of the Azerbaijani assault.

During the fighting, Azerbaijan's Turkish-made armed drones dealt the greatest damage to the Armenian military, which had built its defensive lines behind thick concrete walls.

With the cease-fire that Yerevan had to sign to halt Baku's advance, liberating its lands from occupation as it went, the Armenian army's losses became clear as their weapons were found in scrap piles almost every step of the way.