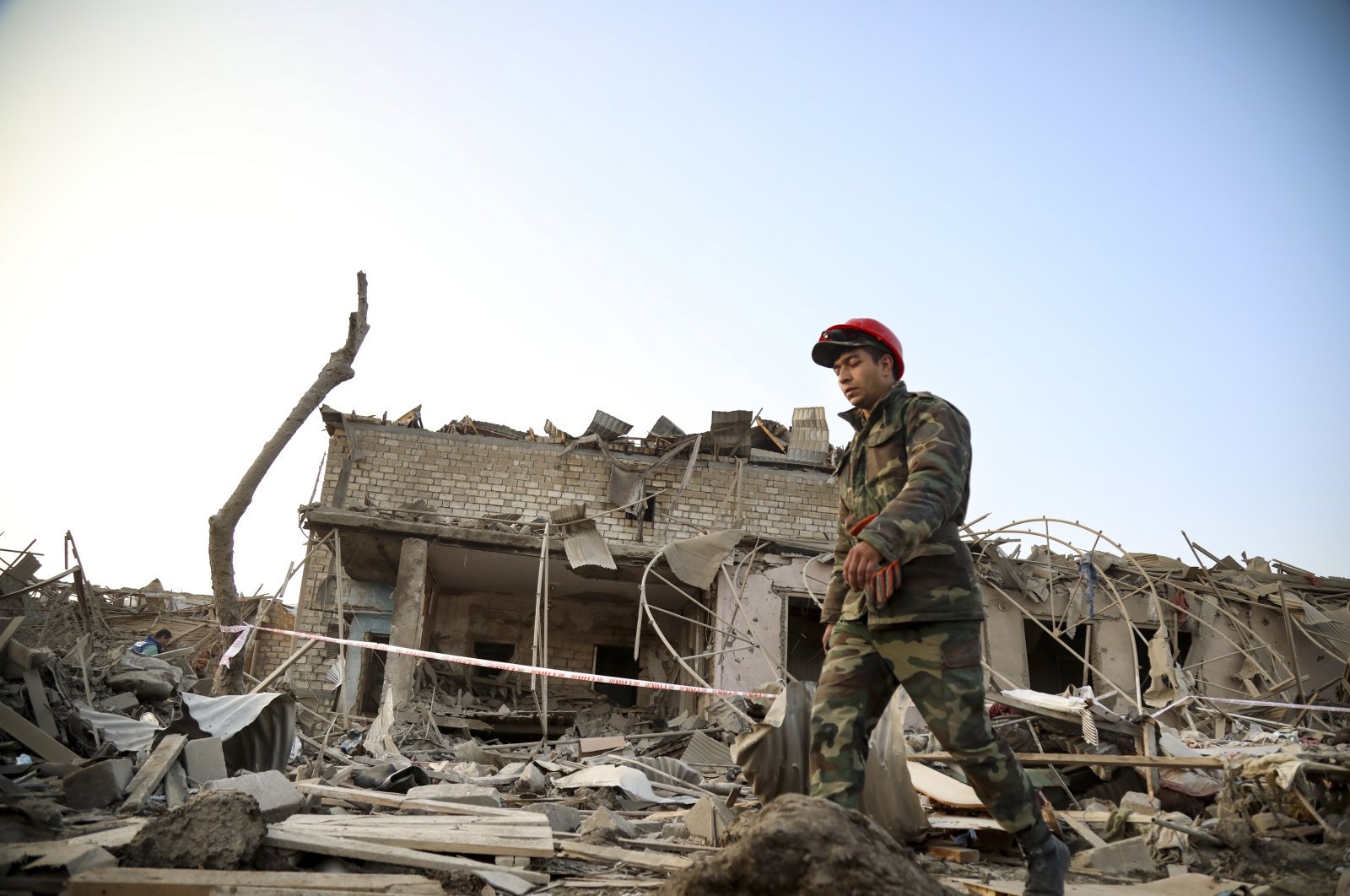 A soldier walks past a destroyed house in a residential area of Azerbaijan's second-largest city that was hit by rocket fire overnight by Armenian forces, Ganja, Azerbaijan, Oct. 17, 2020. (AP Photo)
by DAILY SABAH
Nov 02, 2020 10:18 am

Azerbaijan downed an Armenian Su-25 attack jet amid the ongoing conflict with Yerevan over the Armenian-occupied Nagorno-Karabakh region, the country's defense ministry said on Monday.

In a statement, the ministry said the Su-25 attack aircraft had launched airstrikes on Azerbaijani positions in the Zangilan region on Sunday when it was shot down.

The Azerbaijani army had previously downed another three of the aircraft, two in the past week and one on Oct.17.

Meanwhile, in a continuation of its recent success, the Azerbaijani army liberated 193 villages from Armenian occupation, the Turkish defense ministry announced on Sunday.

To date, at least 91 people, including 11 children and 27 women, have been killed by Armenian attacks, according to Azerbaijan's Chief Prosecutor's Office.

About 400 civilians, including at least 14 infants, 36 children and 101 women, have also been injured in the violence.

World powers including Russia, France and the United States have called for a sustainable cease-fire. Turkey, meanwhile, has supported Baku's right to self-defense and demanded the withdrawal of Armenia's occupying forces.