Azerbaijan, Iran to coordinate for region’s benefit in new period 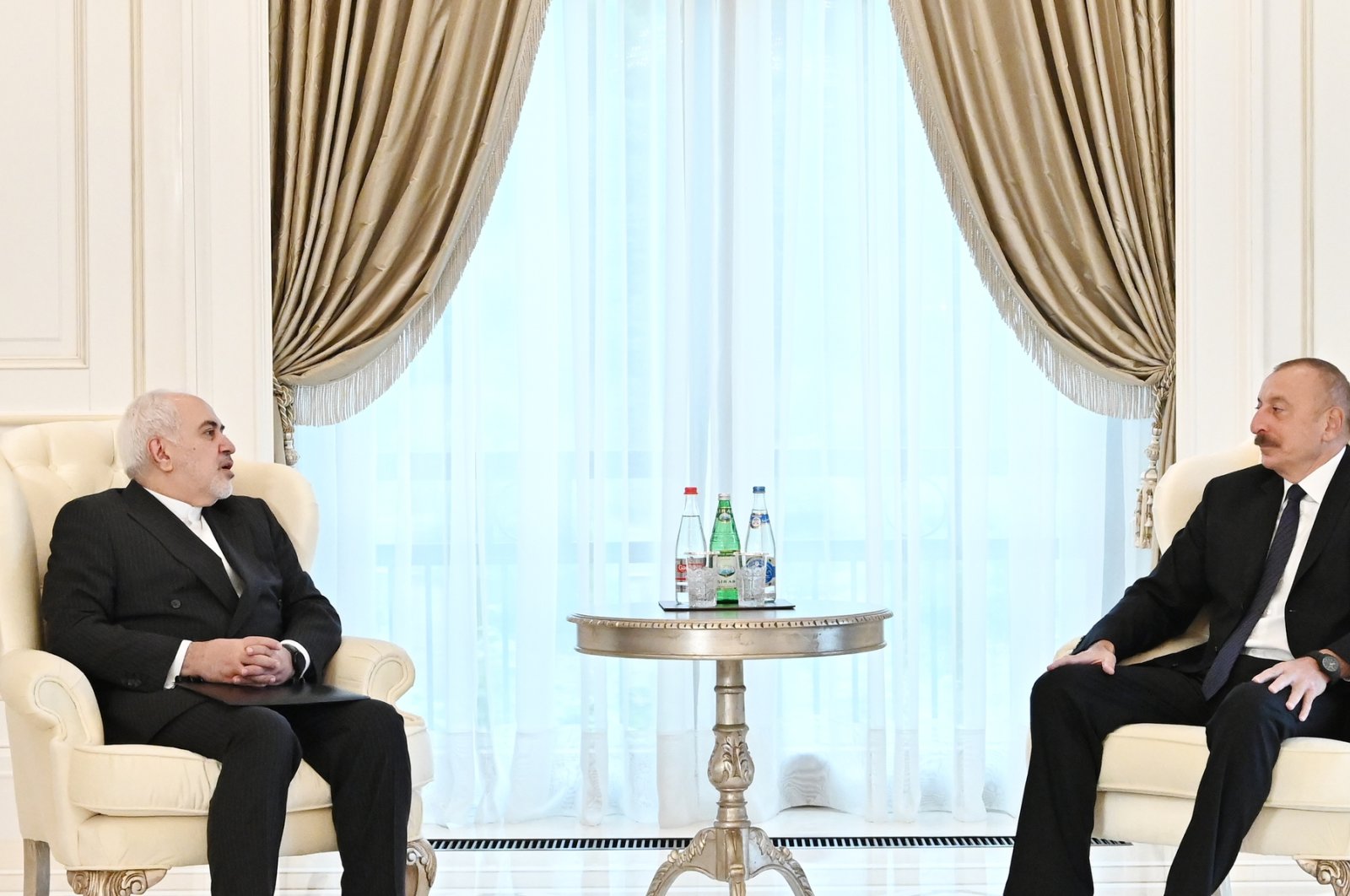 Baku and Tehran must coordinate for the benefit of all regional countries in the new period after the Nagorno-Karabakh conflict and must contribute to the development of long-term and permanent peace in the region, Azerbaijani President Ilham Aliyev said on Tuesday.

Aliyev, who received Iranian Foreign Minister Javad Zarif, stated that there has been a significant increase in both countries’ trade volume despite the coronavirus pandemic.

He added that new opportunities emerged in the region following the resolution of the Nagorno-Karabakh conflict.

Zarif for his part insisted that “Iran is ready to ensure peace.”

He praised Azerbaijan for its overtures to make peace with Armenia and stated that beside ensuring peace, Tehran is also ready to take part in the reconstruction of the liberated areas.

Fresh clashes broke out last year in a decadeslong conflict between former Soviet republics Armenia and Azerbaijan. Six weeks of fighting was brought to a close with a Russian-brokered cease-fire in November that saw Azerbaijan reclaim much of Nagorno-Karabakh along with surrounding areas that Armenia occupied during the 1990s war.

The Russia-brokered peace deal envisaged the reopening of transport routes, including a corridor linking Azerbaijan and its Nakhchivan exclave that borders Armenia, Turkey and Iran. Armenia, in turn, would be able to use transit routes to Russia and Iran via Azerbaijan's territory.

The peace agreement, which was celebrated in Azerbaijan as a major triumph, sparked outrage and mass protests in Armenia, where thousands repeatedly took to the streets demanding then-Prime Minister Nikol Pashinian's resignation.

Now, work is underway to clear the retaken territories of land mines, repair infrastructure destroyed in the fighting and work on transit routes for the region that have been paralyzed for nearly three decades amid a conflict.

With the opening of new transportation lines, the rebuilding of liberated cities and the restoration of historical monuments, Azerbaijan intends to transform the region into an economic and tourism hub.

Meeting two months after a cease-fire was declared for the Caucasus' Nagorno-Karabakh region, the leaders of Russia, Azerbaijan and Armenia signed a pact to develop economic ties and infrastructure to benefit the entire region.