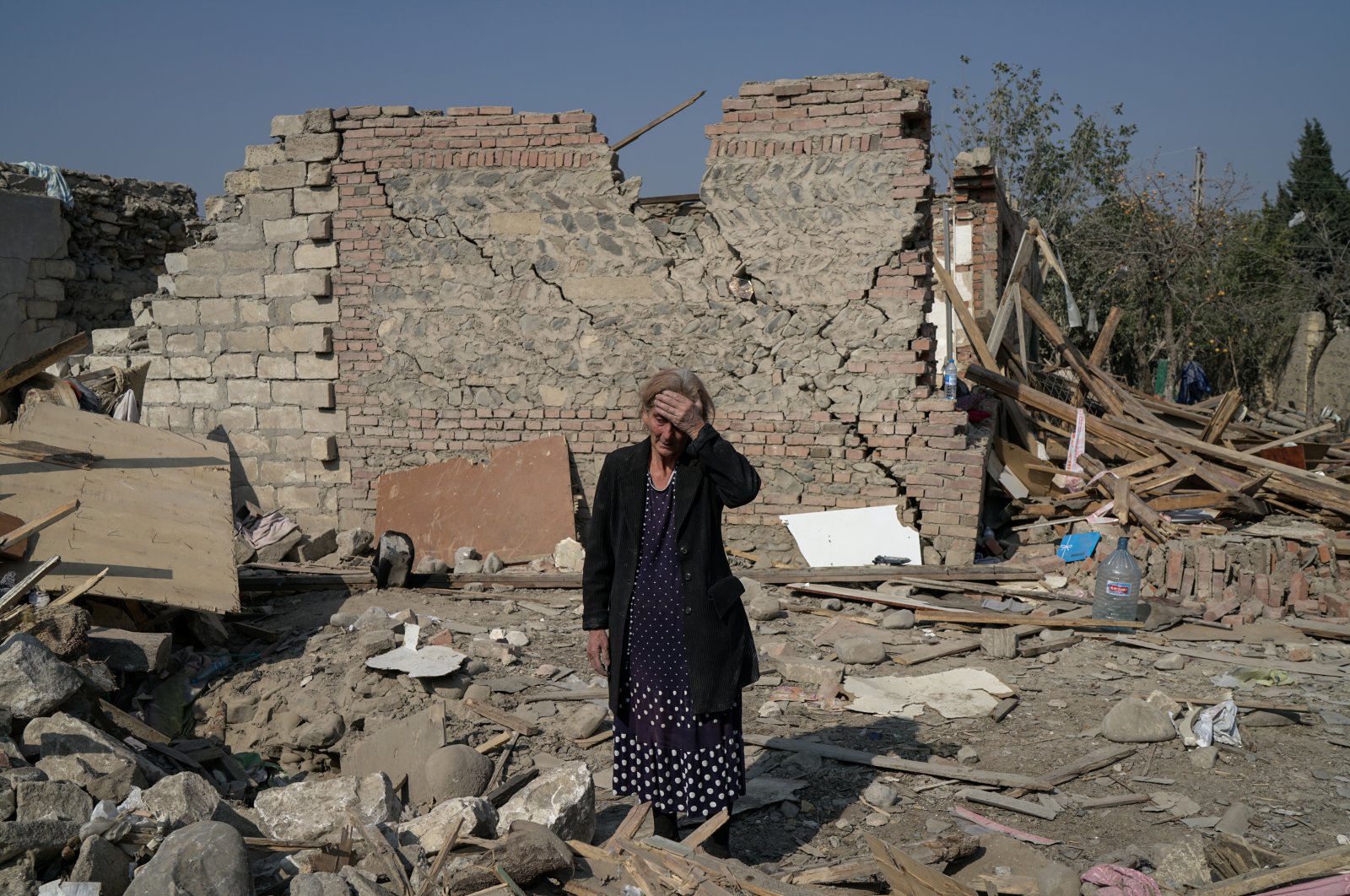 "There are dead and wounded due to these heinous actions. Azerbaijan's army retaliated befittingly and liberated several settlements," he added.

The cease-fire in Nagorno-Karabakh, which initially began on Sept. 27, was announced Saturday and had only taken effect at midnight (8 p.m. GMT).

Baku and Yerevan agreed to the cease-fire after a previous humanitarian cease-fire declared on Oct. 10 and meant to allow an exchange of prisoners and the recovery of dead bodies. The Oct. 10 cease-fire, however, was breached hours later by Armenian missile attacks on Azerbaijan's city of Ganja, killing 10 people and injuring 35.

Later on Sunday, Armenia and Azerbaijan reiterated their commitments to the cease-fire in statements issued by their foreign ministries, blaming the breaches on each other.

Azerbaijan “reserves its right to take countermeasures to protect its civilians and positions,” the country's Foreign Ministry said.

Yerevan “will continue to undertake all necessary measures to impose peace on Azerbaijan and establish a cease-fire regime, which will entail precise and effective mechanisms for maintaining and verifying it," the Armenian Foreign Ministry said.

Since clashes erupted between the two countries on Sept. 27 over Nagorno-Karabakh – Azerbaijani territory occupied by Armenia for nearly 30 years – Armenia has continued its attacks on civilians and Azerbaijani forces.

World powers, including Russia, France and the United States, have called for the cessation of hostilities. Turkey, meanwhile, has supported Baku's right to self-defense and demanded the withdrawal of Armenia's occupying forces.