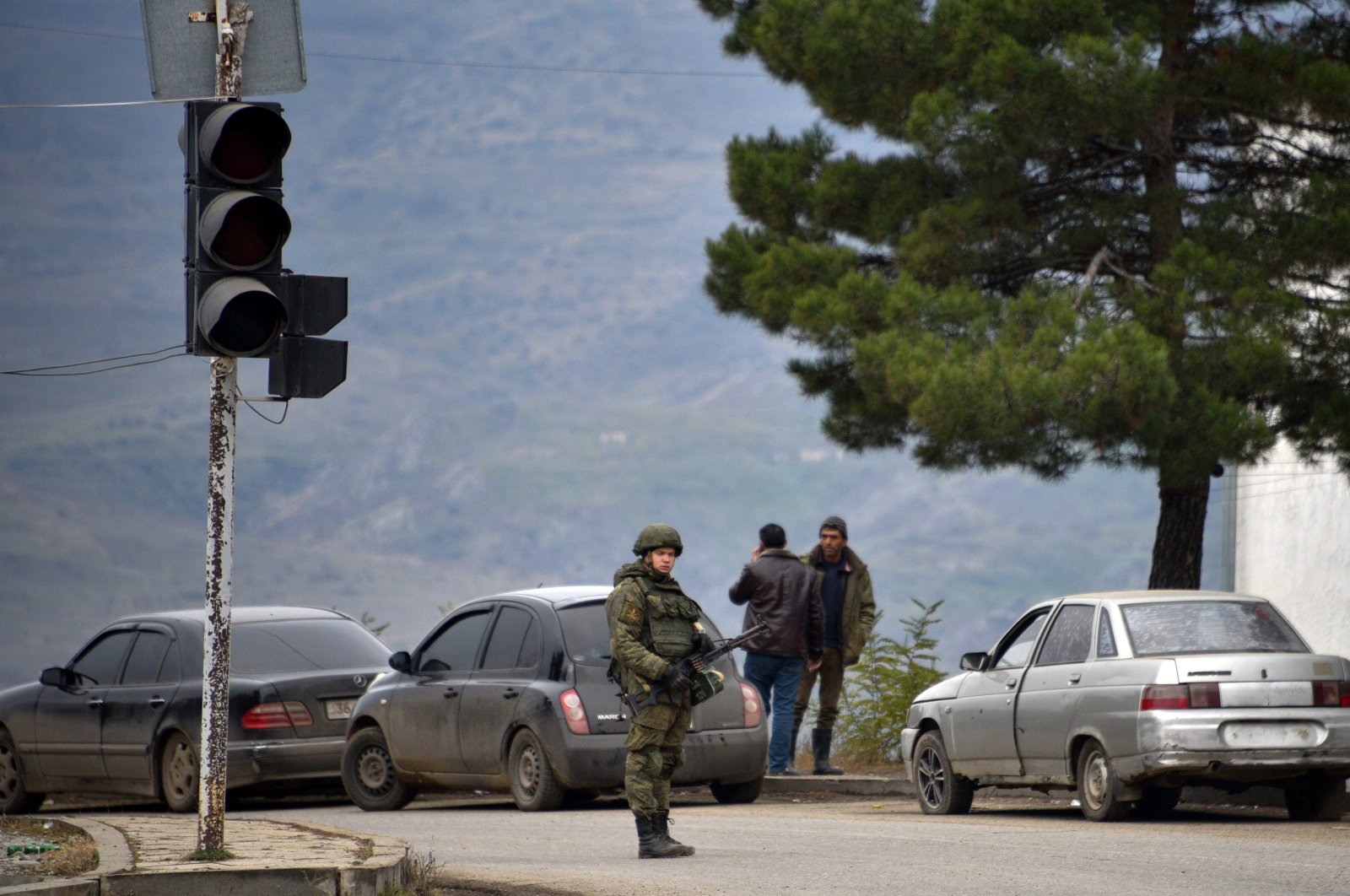 Azerbaijan is resolute to reintegrate its citizens of Armenian origin living in the Nagorno-Karabakh region into the country's political, social and economic sphere, Foreign Minister Jeyhun Bayramov said Thursday.

Azerbaijan's foreign minister made the remarks at the 27th Meeting of the Council of Ministers of the Organization for Security and Co-operation in Europe (OSCE).

Bayramov, during the videoconference, talked about the Nagorno-Karabakh operation that liberated occupied territories, and the cease-fire deal signed between Azerbaijan and Armenia under the mediation of Russia.

He said the trilateral statement signed on Nov. 10 had created the ground for putting an end to the 30-year armed conflict between Armenia and Azerbaijan and added that the deal includes an important article on the return of Azerbaijani migrants to their homes under the supervision of the United Nations High Commissioner for Refugees (UNHCR).

In contrast, Armenia had forced over 1 million Azerbaijanis to leave their homes after 1980.

Bayramov thanked Turkey and Russia for their efforts toward making this agreement a reality.

"These neighboring states play an important role as guarantors of the above-mentioned agreement, the implementation of which will ensure long-overdue peace and stability in the South Caucasus region," he stressed.

Bayramov underlined that after the return of the Aghdam, Kalbajar and Lachin districts to Azerbaijan, Azerbaijani and Armenian residents of these areas will have equal rights, irrespective of their ethnic background.

"Peaceful coexistence of Azerbaijani and Armenian residents of the conflict-affected territories based on respect to each other's security, ethnic and religious identity within the sovereignty and territorial integrity of Azerbaijan must and shall be finally ensured," he added.

Bayramov also noted that with the agreement, all economic and transport links in the region will be opened and a Turkish-Russian joint monitoring center will be established to monitor the implementation of the agreements.

Fresh clashes erupted between Armenia and Azerbaijan in late September, rekindling the Caucasus neighbors' decadeslong conflict over the region.

During the conflict, Azerbaijan liberated several towns and nearly 300 settlements and villages from the Armenian occupation.

Fierce fighting persisted for six weeks despite efforts by France, Russia and the U.S. to broker cease-fires, before Armenia and Azerbaijan signed a Moscow-brokered peace deal on Nov. 9.

The agreement was signed after Baku's army overwhelmed the separatist forces and threatened to advance on Karabakh's main city Stepanakert (Khankendi).