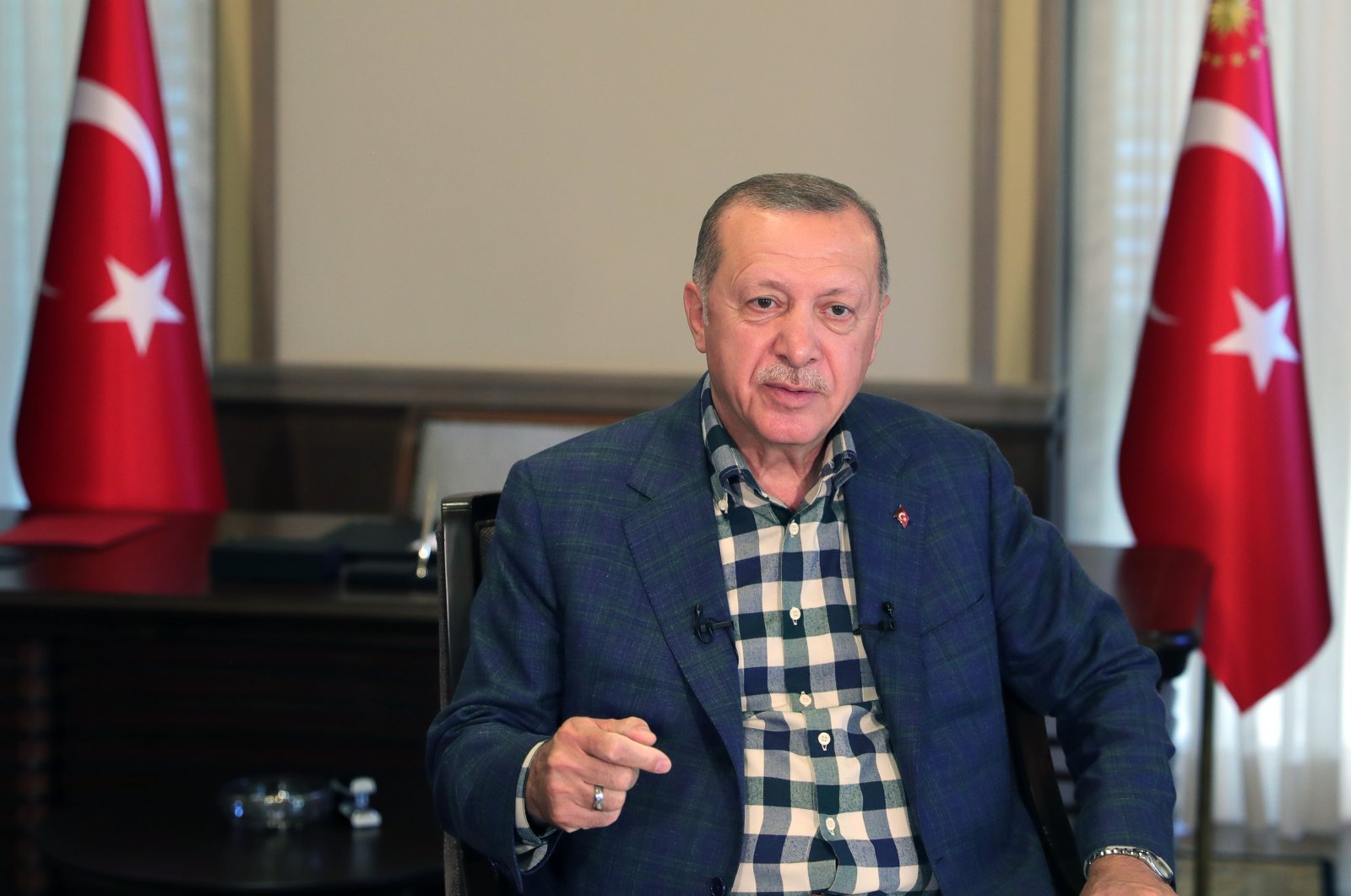 President Recep Tayyip Erdoğan on Saturday said the reopening of the Hagia Sophia as a mosque made Qurban Bayram, or Eid al-Adha, even more joyous.

"The reopening of the Hagia Sophia Grand Mosque, an 86-year wound in the heart of our nation, has added to the joy of our Bayram," Erdoğan said, greeting local officials of his ruling Justice and Development Party (AK Party) for the holiday via video-link.

Erdoğan also said he sought to hold an upcoming party congress as a "new resurrection, a new rising milestone."

The next AK Party congress is expected to be held, while observing health and safety measures against the coronavirus, towards the end of 2020.

Erdoğan said those who "see themselves above the nation" could not be a member of the AK Party.

"We'll increase our friends, we'll reduce our enemies," he said. "The reason for the existence of the AK Party, the reason why we take on these duties and the reason for people's hope in us is the same."

On July 24, Friday's prayers in the Hagia Sophia Grand Mosque marked the first acts of worship there in 86 years.

It served as a church for 916 years until the conquest of Istanbul, and then as a mosque from 1453 to 1934, nearly 5 centuries. Until recently, it had been a museum for almost 90 years.

In 1985, the Hagia Sophia was added to the UNESCO World Heritage List.

Besides being a mosque, the Hagia Sophia is also among Turkey's top tourism destinations and will remain open for domestic and foreign visitors.