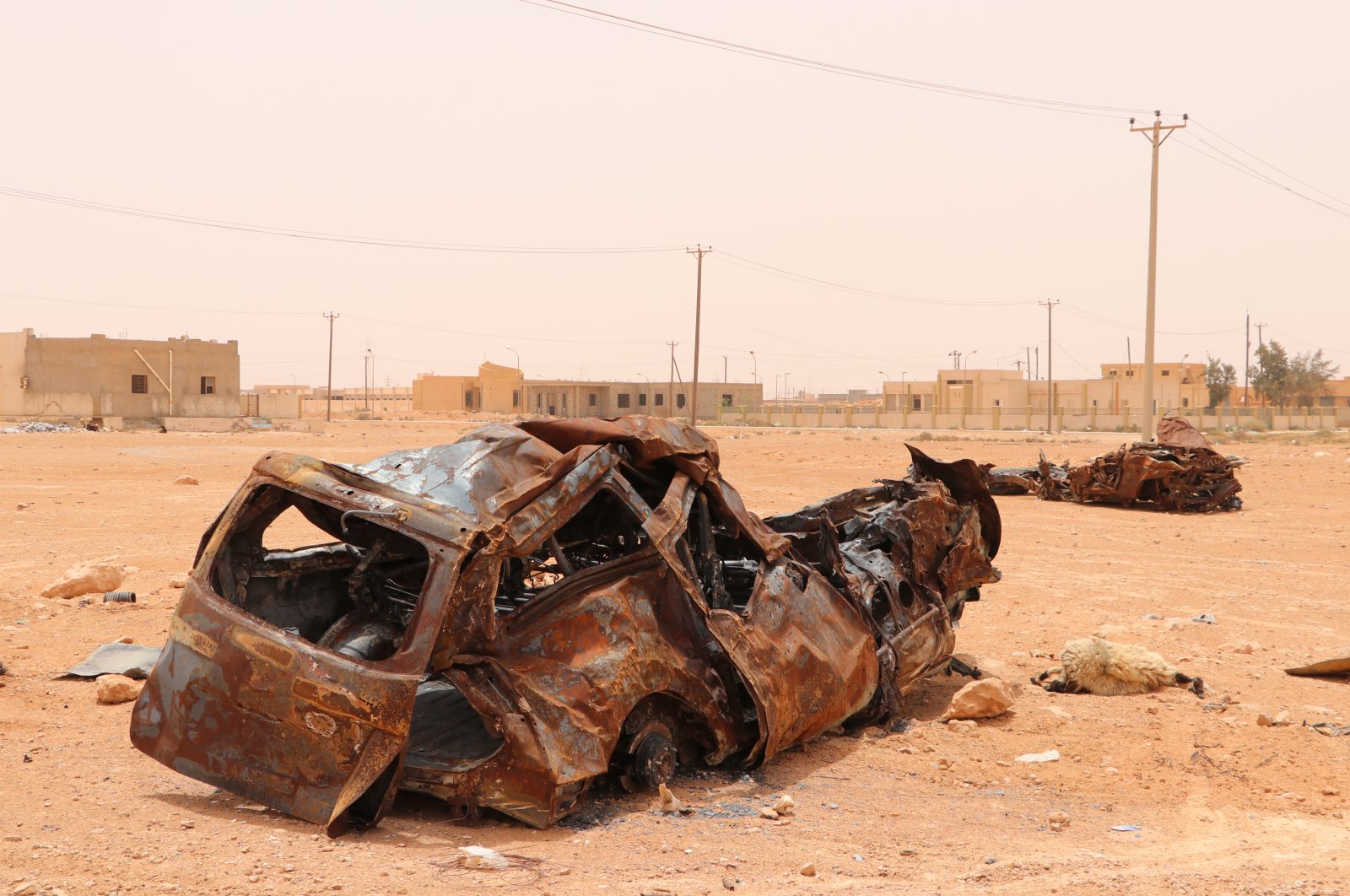 Russian mercenaries fighting for putschist Gen. Khalifa Haftar have set booby traps in the central city of Sirte to prevent the Libyan Army from advancing into the area, a military spokesman said Sunday.

"Our sources inside the city confirm that Russian mercenaries have planted bombs inside and outside homes ... to prevent our forces from advancing into the city," spokesman Abdul-Hadi Dara said in a statement on Facebook.

The same tactic was used by Haftar's militias in Tripoli and Tarhuna, which were recently recaptured by the Libyan Army from forces loyal to the warlord.

The Libyan Army recently inflicted heavy blows to Haftar and liberated Tripoli and Tarhuna, in addition to other strategic locations including al-Watiya airbase, from his militia.

The internationally recognized Government of National Accord (GNA) has been under attack by Haftar's forces since April 2019, with more than 1,000 killed in the violence.

Dara added that there were also Russian-made warplanes in the city. Although they claimed to be unable to confirm where the planes originated, Dara said they were certainly Russian-made. He added that these warplanes had been used in attacks against civilians, killing seven people from the same family in a recent attack.

The spokesman also said that the Mediterranean city of Sirte was a “red line” for Tripoli in honor of the strenuous efforts made to liberate the city from Daesh terrorists in 2016. Speaking to Anadolu Agency (AA) in an exclusive interview, Dara said that the Victory Roads Operation that was recently launched to save Sirte and Jufra had already made significant progress.

Thanks to their efforts, Dara said, they had been able to save the Wadi Wishka town near Sirte from Haftar's forces.

He also noted that when the Libyan government makes progress against Haftar, then the international community usually begins to call for a cease-fire. Dara added that the Libyan Army remained under the command of Fayez Sarraj, the head of the GNA.

The spokesman also called on the residents of Sirte to support the Libyan Army and help them to remove the mercenaries from the city.

Known as the birthplace of Libya's late dictator Moammar Gadhafi, Sirte was under the control of the Daesh terrorist group for a short period of time.

Back in 2016, forces in Libya's west saved the city from the terrorist group thanks to intense support, including a military coalition with the U.S. and U.K.

Four years after its liberation on Jan. 7, Sirte faced the threat of Haftar's militia. After military units within the city shifted sides and decided to support Haftar, the Libyan Army decided to abandon its position, with Haftar declaring victory.

"There is no scenario in which we fail to liberate Sirte. Sirte will be rescued, no matter what," Dara highlighted.

Meanwhile, Reuters reported that Russia and Turkey postponed talks on Libya due to a discord over the Libyan government’s push to retake Sirte from Haftar militia, a Turkish official said Monday. Russian Foreign Minister Sergei Lavrov did not make the trip to Istanbul on Sunday for a scheduled meeting with his counterpart, Mevlüt Çavuşoğlu, but the Turkish official said back-channel talks continued at expert level."A result was supposed to come out (of the meetings), but that stage could not be reached. There are issues when the two countries are on opposing sides," the Turkish official said on condition of anonymity."One of the main issues for the postponement of Lavrov visit is the (GNA’s) plan for an operation into Sirte ... which has emerged as a target," he added. The Kremlin did not comment on the issue.