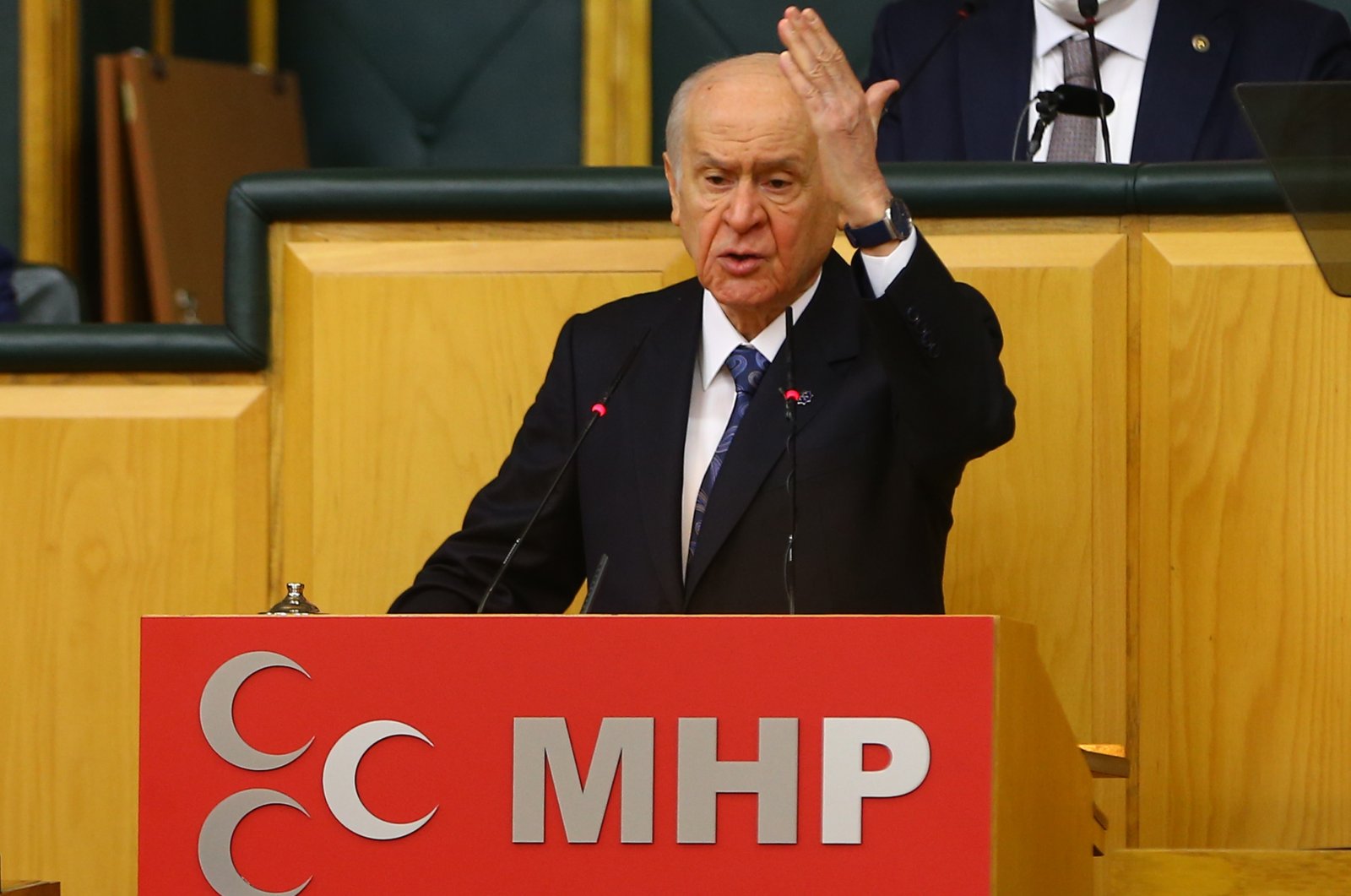 Nationalist Movement Party (MHP) Chairperson Devlet Bahçeli on Tuesday criticized the cease-fire in the recent conflict between Armenia and Azerbaijan, saying such a move would legitimize the "oppression" brought about by the Armenian occupation of Nagorno-Karabakh.

“Trying to find solutions at the negotiations table without the withdrawal of terrorist state Armenia from Nagorno-Karabakh and ending the fighting before Azerbaijan has received its territories under illegal occupation all mean legitimization of murders and oppression,” Bahçeli said.

The chairperson also warned the separatist Armenian forces against any possible aggression.

“It would be wise for those who target Baku to not forget the fact that they would suddenly have to pay a price in Yerevan, for their well-being and safety,” he said.

The latest clashes began on Sept. 27, when Armenian forces targeted civilian Azerbaijani settlements and military positions in the region, leading to casualties.

A cease-fire between the warring parties was agreed upon and set to start at noon last Saturday, announced following 10 hours of talks in Moscow. The talks between the foreign ministers of Armenia and Azerbaijan were held upon the invitation of Russian President Vladimir Putin, who brokered the cease-fire in a series of calls with Azerbaijani President Ilham Aliyev and Armenian Prime Minister Nikol Pashinian.

The cease-fire did not survive a full day, as Yerevan launched a missile attack on civilian settlements in Azerbaijan's second-largest city, Ganja, on Sunday.

Although Yerevan immediately denied the attack, footage from the area confirmed Azerbaijani statements, with a Reuters photographer in Ganja witnessing rescue workers carrying one dead person from the ruins of a large apartment building on Sunday morning. The structure was almost leveled, the photographer confirmed, as excavators cleared the debris. Buildings and cars in the immediate vicinity had also been severely damaged, the photographer added.

Azerbaijan's public chief prosecutor's office announced Monday that 41 civilians were killed while 207 others were injured in these attacks. Some 1,185 houses, 148 civilian facilitates and 57 apartments were also destroyed in the attacks.

Despite Azerbaijan's strong resistance, Armenia continues to target civilian settlements. An Agence France-Presse (AFP) correspondent in the Azerbaijani town of Barda, not far from the front line, confirmed that they heard thumping echoes of shelling Monday morning.